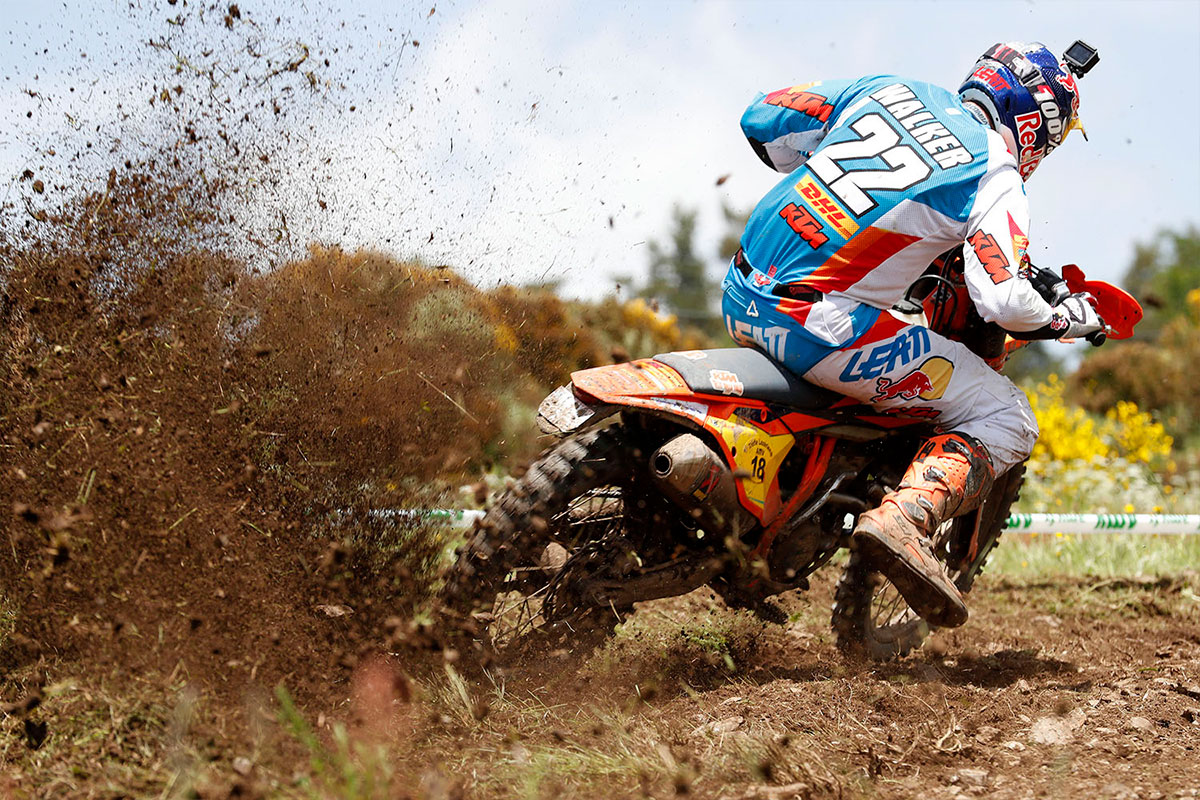 With round three of the mixed-discipline WESS championship coming days after the Erzbergrodeo in Austria, Walker faced the tough challenge of switching from Hard Enduro to Classic Enduro racing. With little time to fully recuperate from his runner-up result at Erzbergrodeo and adapt to the special test demands of Classic Enduro, the KTM rider entered round three with a clear focus of controlling his lead in the championship.

Despite the slippery, grassy French special tests feeling worlds apart from the notoriously brutal boulder gardens and quarry climbs of Erzberg, Walker got on with the task in hand to good effect. Adapting quickly to the terrain, he positioned himself at the top-end of the results. Setting impressive special test times he ended day one in a promising 11th.

Moving up to ninth on day two, Walker impressed all with his versatility. Battling hard through the third and final day of racing, the KTM rider did enough to finish an eventual 10th overall, importantly extending his lead in the WESS championship to 275 points. 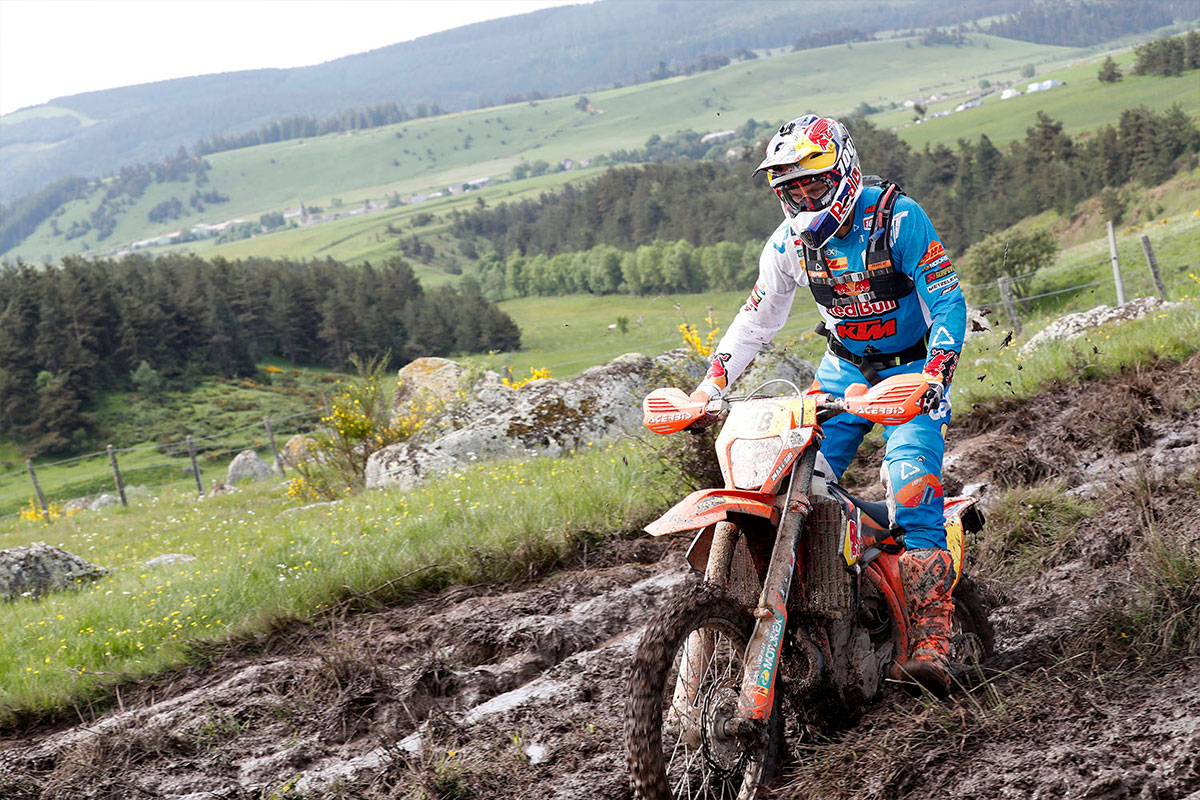 Walker set a gaol for the event of 15th and exceeded that with 10th overall. Photo: Future7Media
‰ÛÏI‰Ûªm really happy with how things have gone this weekend," Walker refelcted. "I knew jumping from Hard Enduro to Classic Enduro within the space of a couple of days would be difficult, but I tried to keep an open mind on things. The Tre`fle Lozeå«rien is a very specialised event and local riders always excel, so I knew finishing on the podium would be a big ask.

"I set a goal of top-15 so to end the race in 10th is even better than I expected," Walker continued. "Also extending my lead in the series is fantastic. Next up is Red Bull Romaniacs and more familiar territory for me. I‰Ûªve won it twice and will be pushing hard to make it a third victory.‰Û 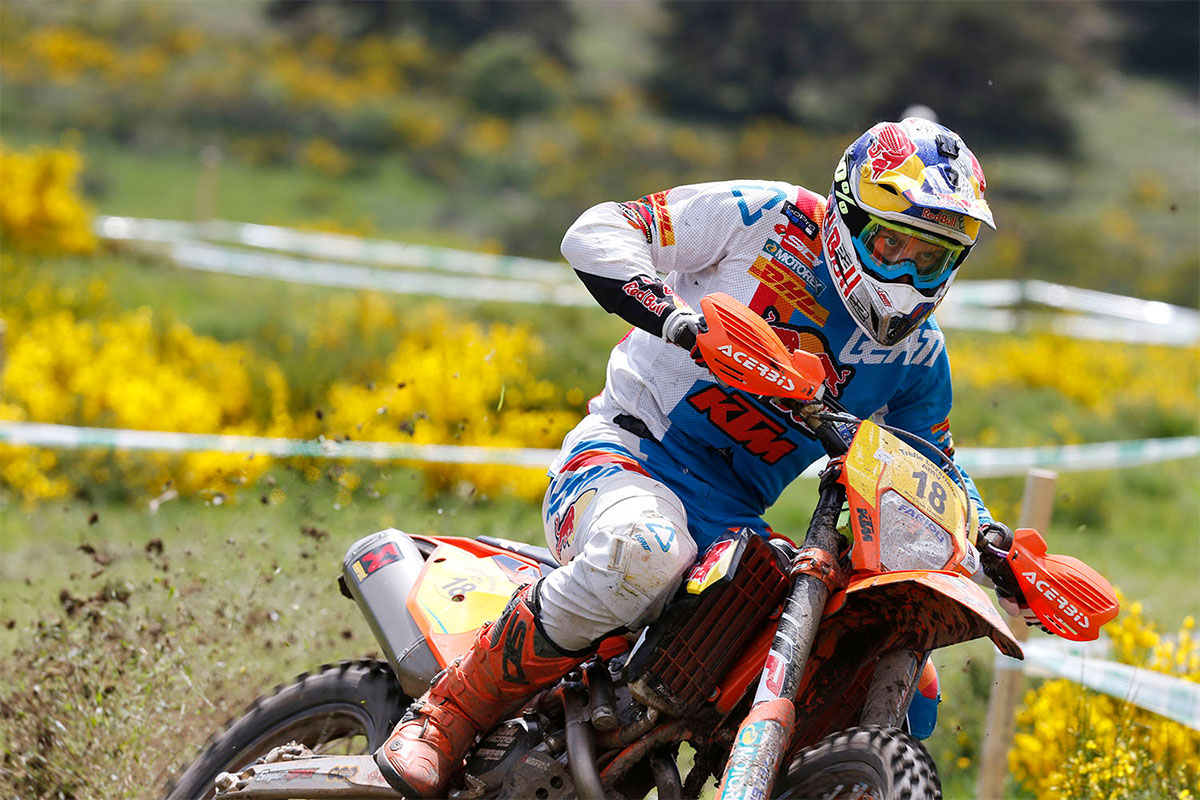