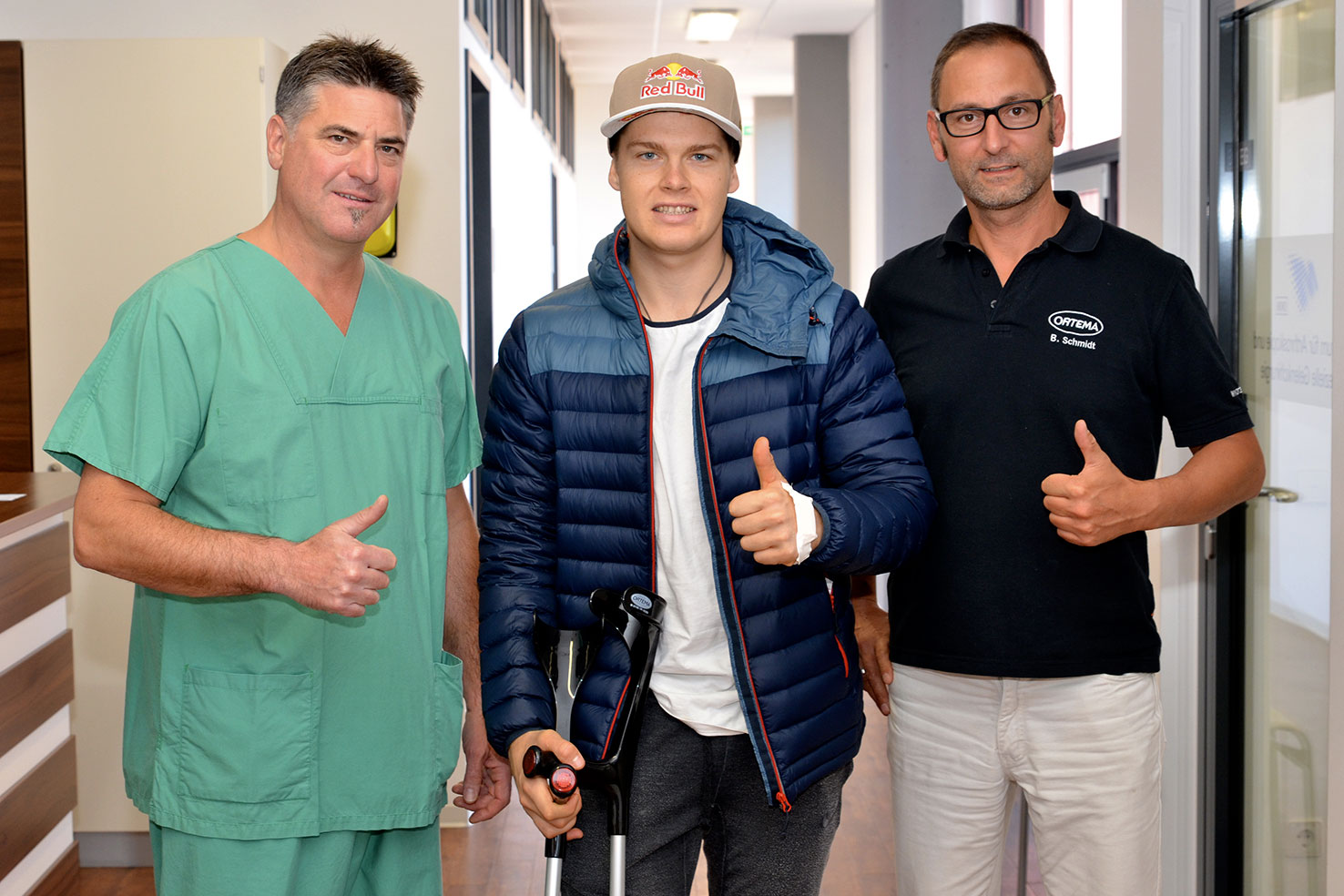 Pauls Jonass at the Ortema Clinic. Photo: KTM
Reigning MX2 World Champion Pauls Jonass has had to withdraw from the Grand Prix of Italy at Imola this weekend, the twentieth and last round of 2018 MXGP, to undergo surgery on his right knee.

Pauls‰Ûª absence from Imola this weekend means that teammate Jorge Prado is confirmed as the 2018 MX2 FIM World Champion.

The 21 year old Latvian was advised to have a reparative procedure on his right ACL in the wake of his crash at the Grand Prix of Turkey earlier this month. Jonass decided to race with painkillers at the Grand Prix of the Netherlands two weeks ago to revive his chances of defending the MX2 crown on the KTM 250 SX-F.

Despite his efforts to take the MX2 title fight to the last of the twenty rounds and forty motos this year, Pauls was regrettably forced to have the operation. He travelled to the renowned Ortema facility in Stuttgart and was under the supervision of Dr Jorg Richter as the partially torn ACL was fixed without the need for a full reconstruction on Wednesday.

He is expected to leave the clinic in Germany by the end of the week. He will begin the process of rehabilitation and look towards a debut term in MXGP in 2019.

‰ÛÏAfter Turkey I had some tough times. The doctors actually told me not to race any more this year but I didn't want to give up on the title so easily," Jonass explained.

"I raced in Assen with a lot of pain and so went to see the doctor again afterwards and they said surgery was necessary. We came to Germany and had the operation yesterday here at Ortema and I‰Ûªm very grateful for the work done by Dr Richter. The ACL was not completely torn but it was badly damaged. It is a pity to miss Imola but health comes first and I‰Ûªm still young and want to think about the future. The focus now goes on my rehab and to think about getting back on the bike as soon as possible to prepare for MXGP.‰Û 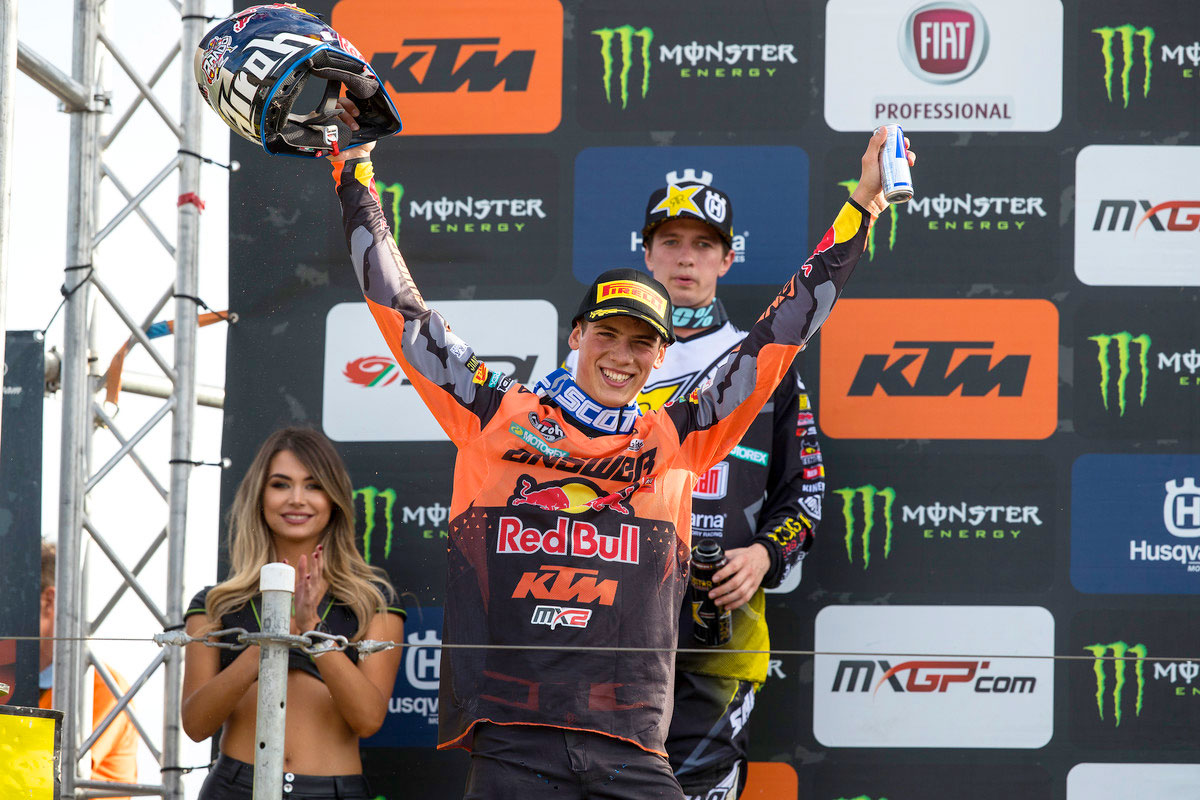 With his only title challenger Pauls Jonass out of the final round Jorge Prado now goes into the round as the new MX2 Champion. Photo: Ray Archer