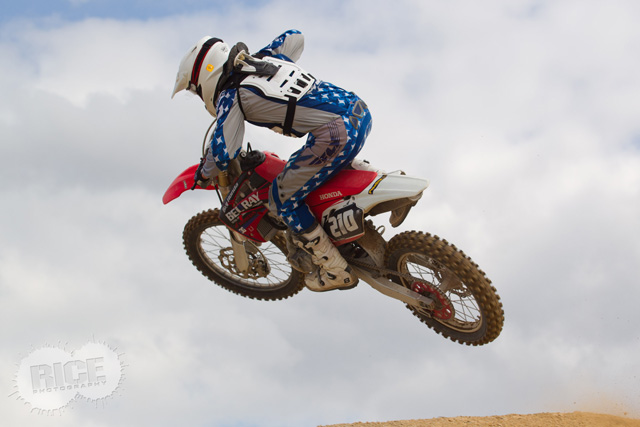 2011 seen very little interest from New Zealand riders making the trip to Australia for a full on assault at the Under19s class. This has changed this season with Kayne Lamont, Dion Picard and Micah McGoldrick joining John Phillips in the Large Kiwi contingent.

After spending last year racing from a base in England, Phillips returns to Australia to race the MXD class for 2012 after turning down an offer to head back to England this year.

"I originally was looking at going back to England and ride for the same team as last year, but they could only offer me a 450 ride and I was looking for a MX2 ride , so I had to turn down that offer and decided to come to Australia." said Phillips

"I will be riding for myself this year as a privateer, I did speak to a few teams at the end of last year when I came over for the superX series with my brother Mikey (Michael Phillips), there was a little bit of interest but at the end of the day nothing really worked out." he explained.

Phillips returned to from injury and lined up for the New Zealand MX2 championship starting at round two , missing round one till recovering. The season was a bit of mixed bag of results with the young rider combining good qualifying results and good starts with some crashes and small mistakes over the three rounds he competed in before pulling it all together for the final race of the series.

"The final round at Taupo was all right, the first two moto's I came off, just some silly little crashes giving me a 9th and a 12th in the first two moto's, then in the final race I pulled a hole shot before DK (Daryl King) got by me, I sat on his tail for the rest of the race." said the 19 year old

"I tried to make something happen but could not make it happen, it was a good finish to the season." 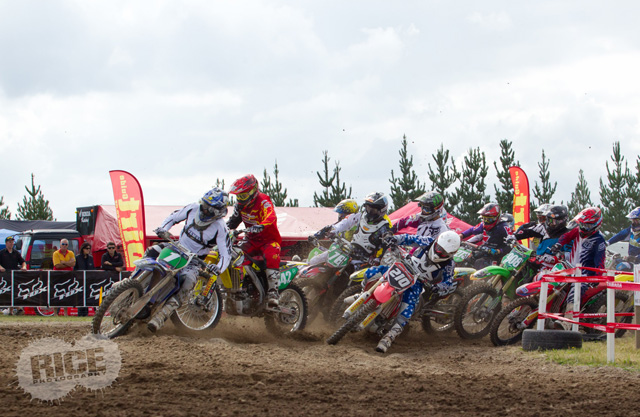 Phillips leads the field through the first turn during the New Zealand MX2 Championship. - Photo Credit: Rice Photography
With the New Zealand championship over, Phillips is now in Australia and just picked up his race bike yesterday read for round one in Conondale this weekend. Phillips will head back to New Zealand on the Tuesday after the race as like most riders for his home country , he will spend the year flying back and forth between rounds.

"I have just picked up my bike for the weekend, this season I will just be me on my own, I am looking at sourcing a van at this stage and do it that way, I will look at flying between New Zealand and Australia for each round, it is hard to beat being back home for training and tracks to practice on." the Rotorua based rider stated.

The Australian Nationals is not completely foreign to Phillips as this will be his second attempt at the series after completing the full championship back in 2010.

"I am coming over to Australia to do my best and ride solid, obviously I want to win the championship. I rode the championship back in 2010 and finished 6th overall." Phillips concluded.