Joey Savatgy looking to play it smart in St. Louis 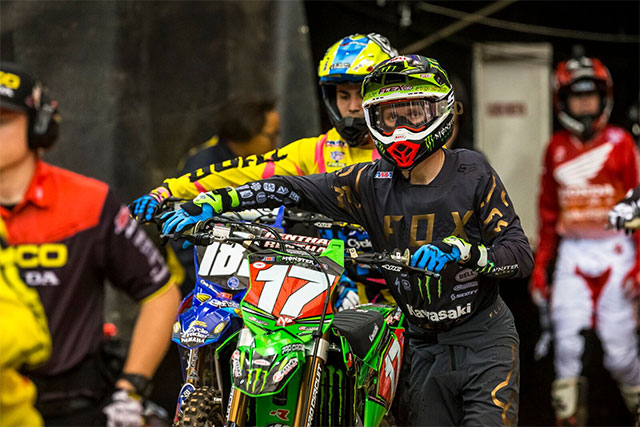 Monster Energy Pro Circuit Kawasaki‰Ûªs Joey Savatgy and Adam Cianciarulo are both in the championship hunt for the Eastern Regional 250SX class as the series makes its annual stop to The Dome at America‰Ûªs Center in St. Louis.

Savatgy took over the points lead last weekend in Detroit, with his teammate Cianciarulo sitting only 11 points back of the lead with three races remaining.

Savatgy is on a string of second-place finishes and is eager to get back up on the top step of the podium. He‰Ûªs shown speed during qualifying, heat races and main events, but is looking to minimize mistakes to prove he is capable of more race wins. Savatgy currently holds a nine-point lead over Jordon Smith who is second place in the standings.

‰ÛÏWe obviously want to be winning races, but the long term goal is the championship,‰Û 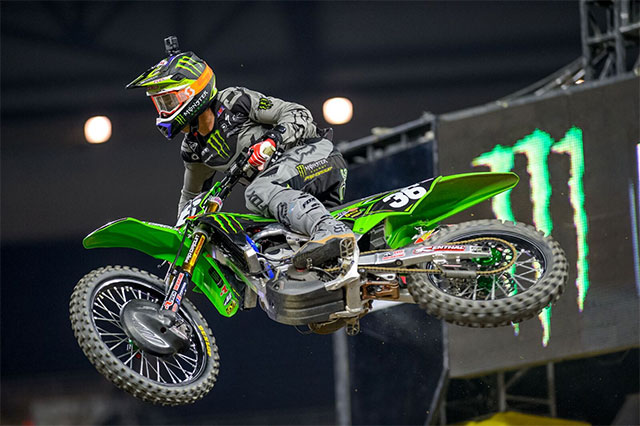 Adam Cianciarulo
Adam Cianciarulo brought himself back into contention with his come-from-behind third-place finish in Detroit. With every point so valuable, Cianciarulo has placed himself within reach and like Savatgy with a slender 11 point deficit, he‰Ûªs got his eyes on the prize at the end of the season.

‰ÛÏIt‰Ûªs definitely been up and down this season so far and I am thankful to still be in the championship hunt,‰Û