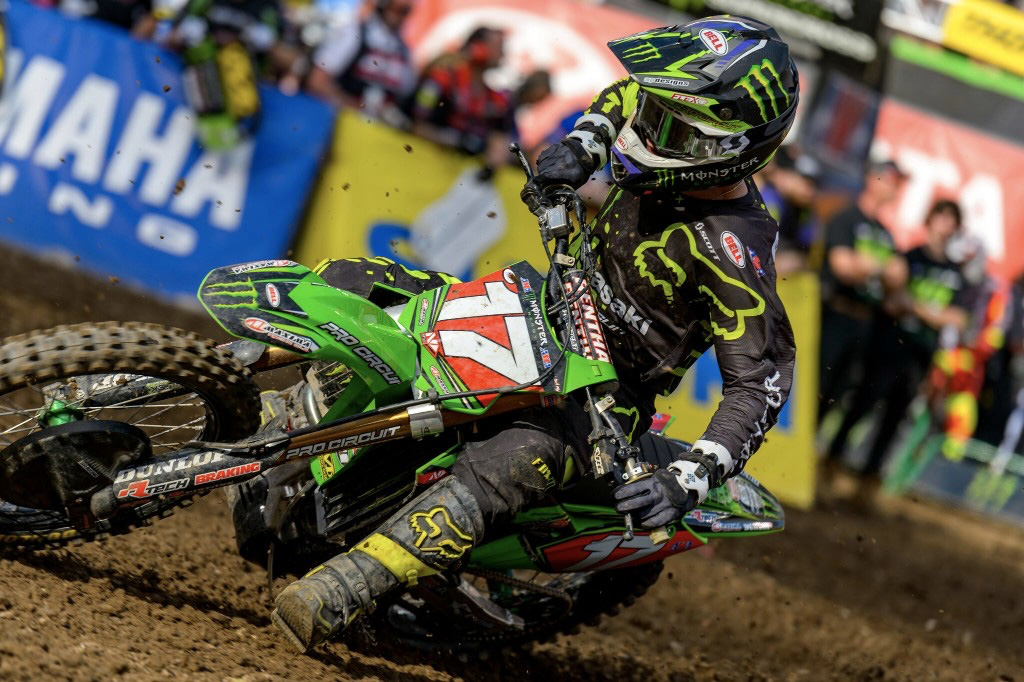 2017 American East Coast Supercross Points Leader Joey Savatgy has had his red plate ripped from his bike after receiving a five position penalty at the conclusion of yesterday's event at East Rutherford.

After the 250SX main event, a protest was filed with regards to an on track incident involving rider #17 Joey Savatgy.

After a complete review of the incident, including video and eyewitness accounts, it was determined by the Race Director that rider #17 did exit the track and re-enter in a different location.

In doing so, rider #17 did gain positions and an advantage while cutting a section of the race track.

i. A rider leaving the course may continue the race by properly re-entering the track at the closest safe point to where the rider left the course without gaining an advantage. While off course, the rider may not accelerate in an unsafe manner.

If a rider accelerates in an unsafe manner while off course or cuts part of the race course, the rider may be determined to have gained an advantage without gaining a position.

It will be the duty of the Race Director or his designee to make the determination as to whether a rider gained an advantage by leaving the racecourse and re-entering.

The penalty for gaining an advantage while off course during qualifying will be the loss of the rider‰Ûªs fastest lap time during that session.

It was determined that by not re-entering the track in the lane where the rider left the track, he gained 4 positions and an advantage. As per the 2017 Monster Energy AMA Supercross an FIM World Championship rulebook, the penalty for this infraction is a loss of 5 positions in the final results.

An appeal was presented by the rider and an appeals hearing was convened. After reviewing all evidence presented by both parties it was determined by the appeals panel that the infraction did occur and the penalty was justified. The decision of the Race Director was confirmed. The decision of the appeals panel is final; no further appeal is possible.