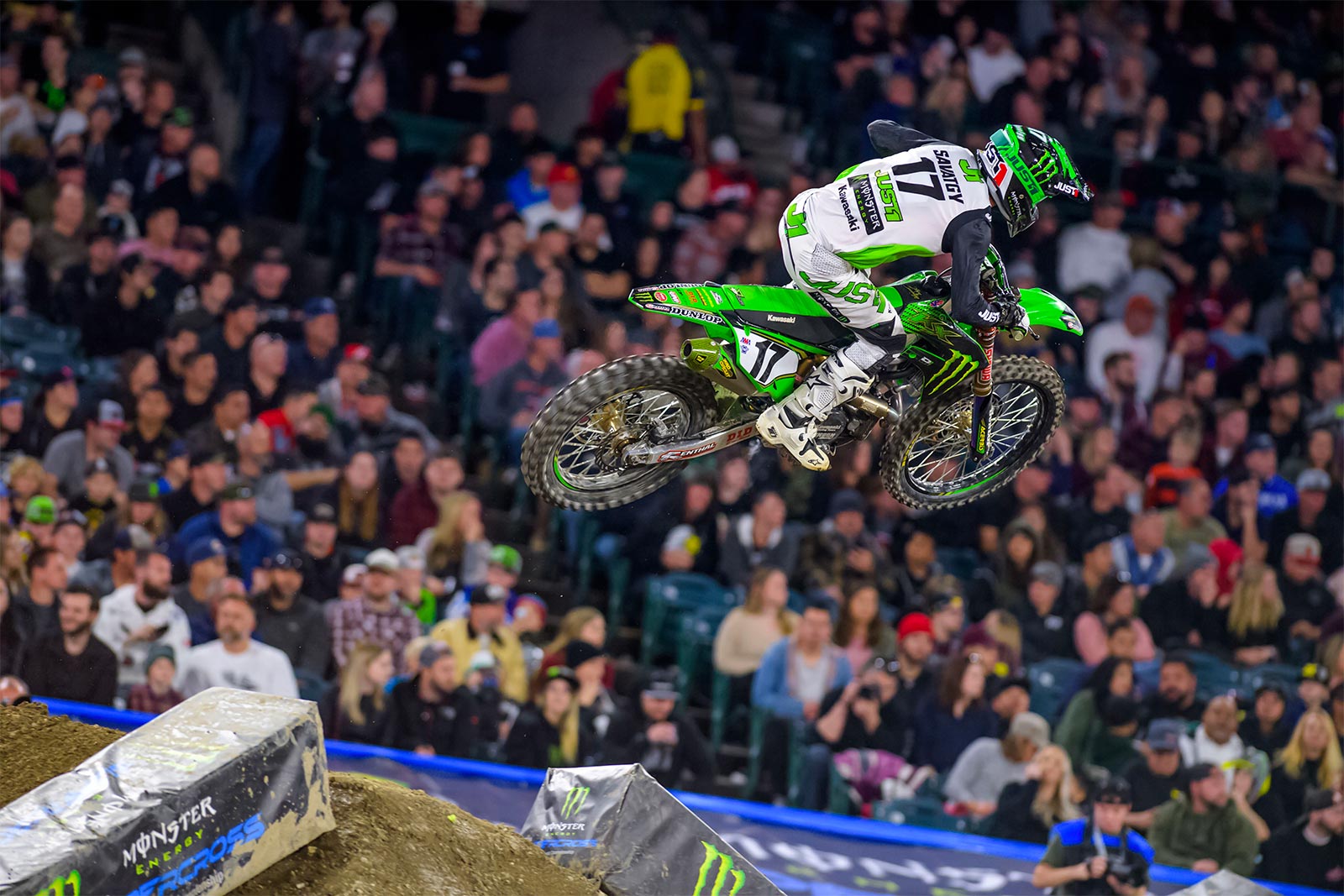 Joey Savatgy at A2 during the 2019 World Supercross Championship
In another massive coup for the Monster Energy S-X Open Auckland, today the event has confirmed Monster Energy Factory Kawasaki Rider Joey Savatgy will compete inside Mt Smart Stadium, on November 16.

After a stellar 2019 World Championship campaign where the 26-year old took out top rookie in the SX1 class and finished the Championship in eighth position, Savatgy will be looking to secure his maiden 450 Event Win by taking it to his International counterparts and New Zealand's very best.

"It'll be tough, there are quite a few big names going over and I'm going to have to get everything dialled in straight away," said Savatgy.

"Obviously, starts are huge and if you can get off the gate and put yourself in a position to win right away, that will go a long way against those guys."

"It'll be fast-paced and it'll be full of action, exactly what the fans want!"

As the event enters its second year, Savatgy will be added to what is forming to be best International Supercross line-up New Zealand has ever seen, consisting of 2-Time World Champion Chad Reed and 2018 World Champion Jason Anderson competing against, World Number 10 Justin Brayton and Australia's and New Zealand's very best.