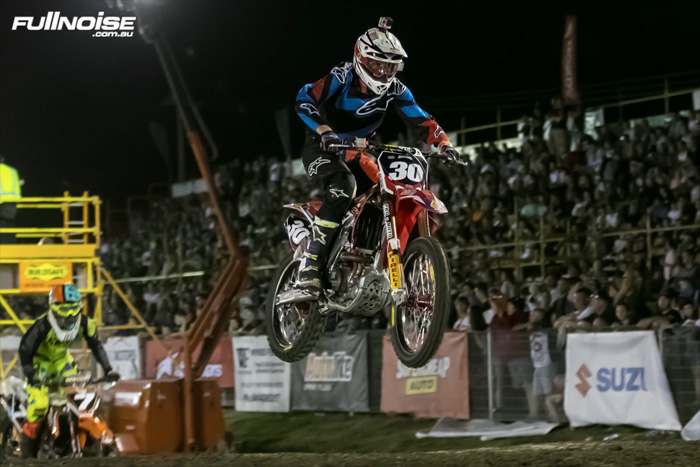 At the halfway point of the Penrite Oils 2015 Australian Supercross Championship, CRF Honda Racing rider Joel Wightman has been in the thick of the action and is eagerly awaiting the remaining rounds of the national championship chase when the series resumes this Saturday the 21st of November at Jimboomba.

Wightman‰Ûªs improvement in the Supercross championship has been evident with every round, his solid sixth place at Adelaide putting him amongst the front-running SX2 contenders as he fights back from a broken collarbone suffered at the final round of the MX Nationals at Coolum, Queensland.

‰ÛÏEach round of the Supercross championship has seen a step-by-step improvement in my fitness and my results, to the point now where the collarbone injury is behind me,‰Û