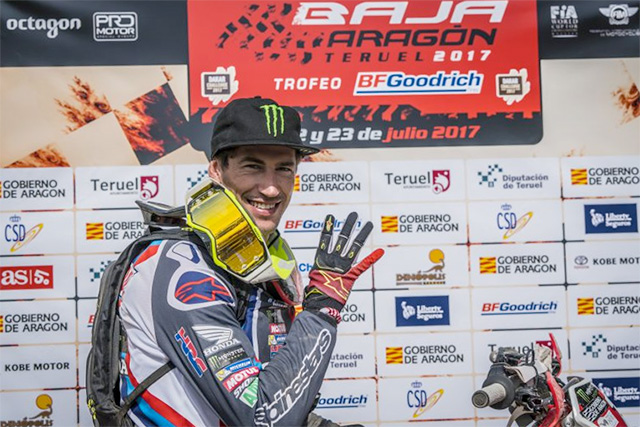 The Baja Aragon 2017 concluded today in Teruel with the victory of Joan Barreda and a podium place for Michael Metge. It is the fourth win in the Spanish race for the CastellÌ_n rider, who outclassed the opposition in each of the stages.

In the final stage of the 154-kilometre race, the Monster Energy Honda Team rider once again established the fastest time to become the victor of this 34th edition of the legendary Baja AragÌ_n.

"It is not easy to win the Baja Aragon and I am very happy to have won four times here," Barreda said. "Although I have had some minor mishaps, I feel satisfied to have been able to overcome the circumstances when things weren‰Ûªt going right. I put in a good performance and so I'm happy about it. We were looking for pace in this rally and I think we showed greater rhythm than the rest of the participants. Throughout the weekend we have attacked and it went well."

Barreda's team-mate Michael Metge finished in third place overall after a controversial five-minute penalty following a GPS error. It is the second consecutive podium for the French rider in Teruel.

"In the end I finished on the podium, but I think what counts here are the good feelings that I've had all weekend, with good pace too." Metge said. "I was really getting to grips with the rally bike, and enjoyed it without taking any risks. I was always in the fight. It was a shame about the penalty because the GPS didn‰Ûªt work and I followed the wrong track and made it late to a checkpoint. It was great training for us and I'm really happy for Joan who won the race. 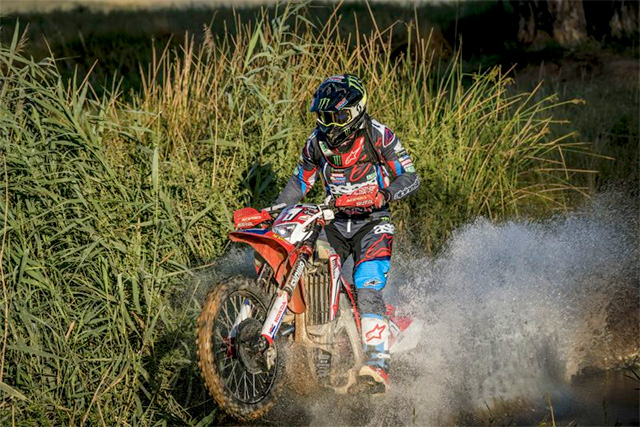