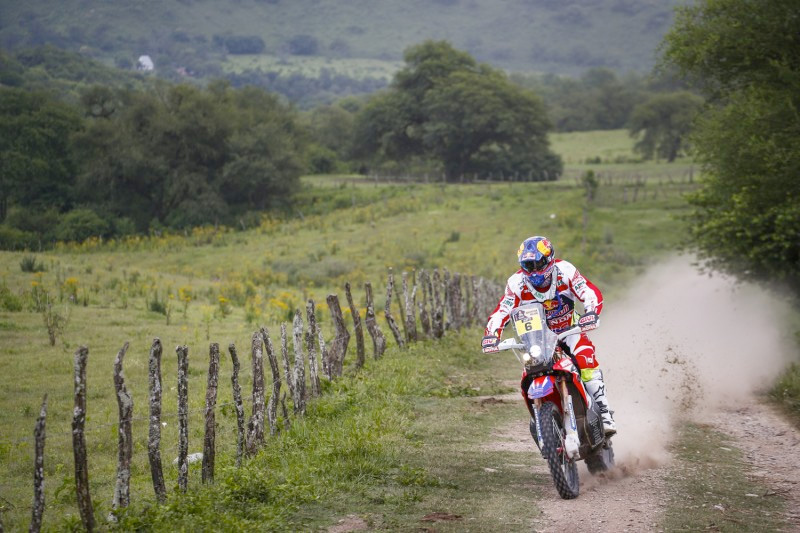 A Spectacular third day of racing at the 2016 Rally Dakar through the mountainous Jujuy area ended with a Honda-filled podium and a once-again triumphant Joan Barreda back at the top of the general standings.

The third stage of the Rally Dakar proved to be a dream day-out for the three Honda CRF450 RALLYs who occupied the entire Jujuy rostrum.

Weather onditions continue to ravage race organizer‰Ûªs plans in these first days of the Dakar. The heavy storms and downpours have failed to leave the zone of TucumÌÁn with the first stage cancelled outright, the second reduced and today‰Ûªs third stage also shortened to a total of 200 kilometres.

Riders started out today from Check Point 1 (km 112,91) as race organizers opted in favour of a harmonious and uncomplicated day‰Ûªs racing.

Joan Barreda gave a master class in how to deal with a complex stage and ascends once more to the top of the Dakar 2016 leaderboard. The Spaniard was lightning quick behind the bars and sharp as a blade as a navigator as he notched up the fastest time over the 200 kilometres of special stage.

"Today was a great day after yesterday, when I had to open the track, but today we started from behind which gave us a good position to attack from." Barreda commented.

"We were very focused throughout the stage, which had very little navigation but plenty of radars that you had to be careful of.

"I kept a great pace throughout the 200 km and I‰Ûªve got the leadership back." 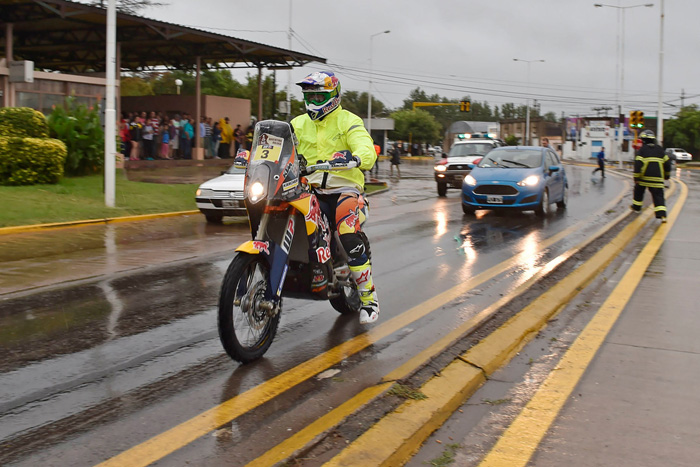 Toby Price in action during stage 3 - Credit:: C.Barni
Australia's Toby Price played it safe on stage three, coming across the line in 36th postion for the day and now sits in 10th position overall and still well in touch with this years favourites heading into stage four which will be the first marathon stage of this years event.

‰ÛÏFor sure, today was a good way to open the track, but you had to be really careful." Price explained.

"There were a lot of animals and a lot of people on the track today. I had a few close calls with some people. It was safer to back it down a little today and put ourselves in a good position for tomorrow and we'll go from there.

"We're only at day three now so there's still a long way to go. Anything can happen. We've just got to keep ourselves situated in a good position, as close to the front as possible. Five or six minutes behind on day three is virtually nothing.

"We've just got to stay there during the first week and then we'll start pushing hard during the second week.

"I'm not disappointed at all. We're in a good position and I'm happy. We've done what we could and that's where we want to be. We're trying to make a smart race of it so we'll see‰Û