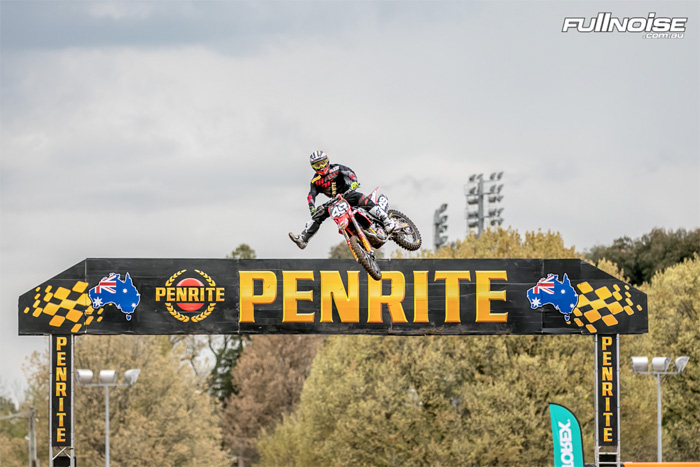 Hot off two big SX2 class wins in the opening two rounds, visiting American racer Jimmy Decotis has a simple goal for this Saturday‰Ûªs (October 31) Energy Logistix third round of the 2015 Australian Supercross Championship presented by Penrite Oils at Adelaide Showground: more of the same will do the 24-year-old racer just fine!

Decotis has made every post a winner since taking up an invite from the local Penrite Honda Racing team to contest the 2015 Australian Supercross Championship in the SX2 class, joining fellow American Gavin Faith and Venezuela‰Ûªs Anthony Rodriguez who are racing in the SX1 category, in what is a truly international Penrite Honda line-up.

Supported directly by the Honda Genuine Parts and Accessories arm of Honda Australia, Decotis came straight out and won the opening SX2 round at Bathurst, NSW, and backed up a week later at round two at Jimboomba, Queensland.