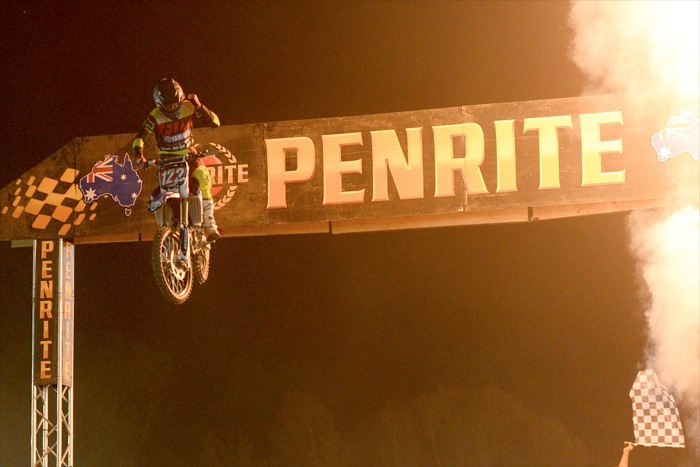 The powerhouse CDR Yamaha team of Dan Reardon and Kade Mosig rocketed to a 1-3 finish respectively in the 20 lap main event at round four of the Australian Supercross Championship at the Jimboomba X Stadium, on Saturday Night.

On a balmy November night that really tested the fitness of the riders, Reardon consolidated his lead in the premier SX1 after another dominating performance that saw him take control on the opening lap of the final and ride off to his third consecutive win of the season.

The final shaped up to be a barn-burner with Reardon and arch rival Matt Moss battling for the race lead on the opening lap. The pair swapped positions in every turn then just as the crowd anticipated 20 laps of bar banging from the duo, they entered the turn after the finish line and Moss went down leaving Reardon to ride off to victory. 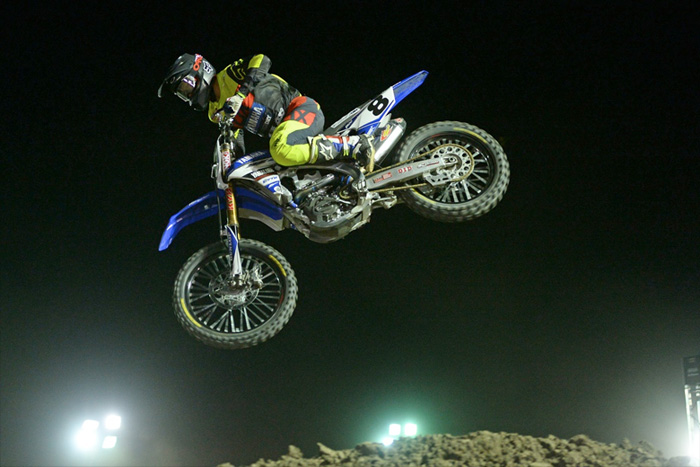 Kade Mosig jumping his way around the technical track - Credit: Jeff Crow
Kade Mosig continued his impressive supercross season with another podium performance at Jimboomba last night. Mosig was up front early in the final and moved into second when Moss went down, trying to latch onto team mate, Dan Reardon.

Reardon broke clear and it was a lonely ride for Mosig for most of the final until the later stages of the event when Matt Moss recovered from his fall and was on the rear wheel of Mosig and the pair battled over second place. Mosig put up a good fight but was unable to hold Moss off in the closing laps and had to settle for third place. 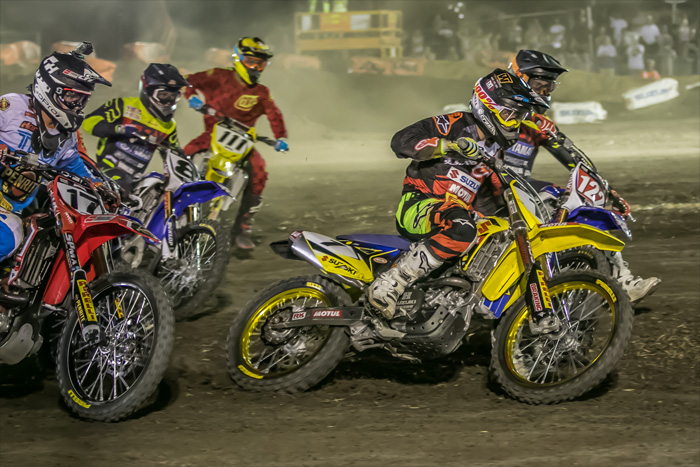 Team Motul Suzuki‰Ûªs Matt Moss continued his podium run at the fourth round of the 2015 Australian Supercross Championship held at Jimboomba, Qld on Saturday the 21st of November.

Sitting in second position in the championship heading into the round, Moss kick started his day by posting the second fastest time in SX1 qualifying as the temperature on track nudged 40 degrees celsius.

The two time reigning champion continued to show great pace during the two SX1 heat races, racing to a third place finish in the opening race after a small tip over, before finishing second in the second heat to give himself the second gate pick for the nights main event.

When the gates dropped on the final race of the evening Moss rocketed his 2016 Suzuki RM-Z450 into the lead, taking the holeshot and quickly became engaged in a tight battle with his championship rival Dan Reardon.

In a near identical replay of from round two of the championship at the same venue, Moss hit the ground as the duo battled for the lead and was left at the back of the field with plenty of work in front of him.

A hard charging Moss put in the ride of the night, carving his way through the pack and with just a handful of laps to run, moved himself into second position to take his fourth straight podium result of the series.

‰ÛÏWe are getting towards the end of the championship and things are certainly starting to change out there,‰Û 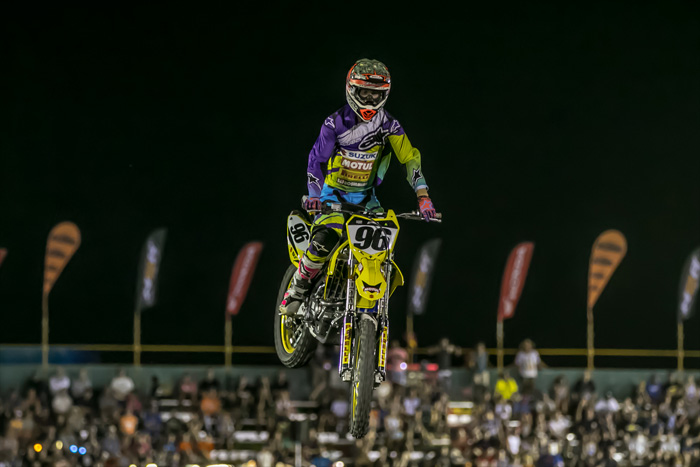 For Motul Suzuki team-mate Kale Makeham though he was not able to ride the nights main event, the night was a positive step forward on his return to racing after injuring his ankle at round one.

Qualifying 9th fastest Makeham re-aggravated his ankle injury in the first heat race of the night. Lining up for the second heat, Makeham put in a solid ride to finish in 9th position despite the discomfort he was feeling.

With the pain in his ankle continuing to play on his mind during the second heat, Makeham made the decision to call it a night before the main event and will now focus on being ready for the AUS-X Open this coming Saturday.

‰ÛÏIt was good to be back out there amongst it and to get back behind the start gate,‰Û 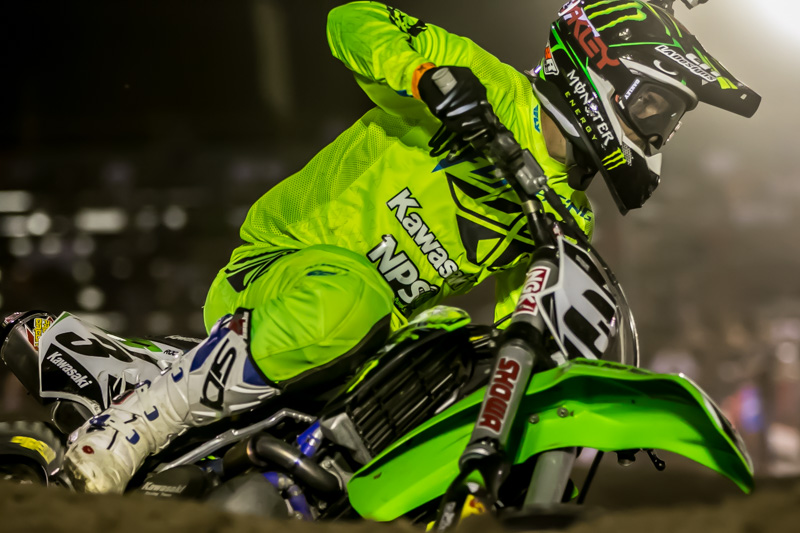 Adam Monea came close to a podium finish at round 4 of the Australian Super Cross Championship after qualifying strong and closing the main event in a commendable 4th place.

In the main event, a solid start saw Adam vying for a place up the front until he was sent wide in the first turn. A consistent performance aboard the factory KX450F for the remainder of the race granted Adam 4th place.

‰ÛÏwe qualified well and we had everything in place." Team Manager, Troy Carroll, said "Adam had a good start and he was set for a firm result until he was sent wide in the first turn. All in all he ran a really strong race and the team is happy about that but we still know we have some work to do between now and the remaining rounds.‰Û 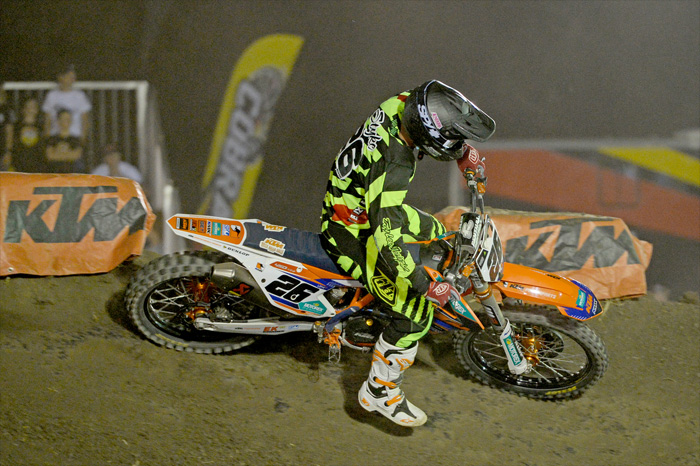 KTM Motocross Racing Team rider Luke Styke is sure he is on the verge of his first big result in the premier class of the Australian Supercross Championships after a championship-best result in the series fourth round at Jimboomba, south of Brisbane.

Still in his rookie season of SX one racing, Styke finished sixth in the 20-lap main event which went to Dan Reardon ahead of Matt Moss and Kade Mosig.

‰ÛÏObviously we have progressed since round one and we are getting better and better every weekend, but I just feel like I want to improve a bit faster. But we‰Ûªre close, we‰Ûªre real close.

"The bike's good and I'm good, we just need to work on a couple of little things, my racecraft, that sort of thing. I'm still making a few little mistakes and I think that's the key. Even though it was hot, I didn't feel like I was physically fatigued, just a bit tight still.

"The track was a bit crumbly and they couldn't get much water into it during the day, but it wasn‰Ûªt too bad, it was consistent. But we are close, we are real close to cracking a really good result, it's taking its time but I'm progressing a little bit and that's what matters.‰Û 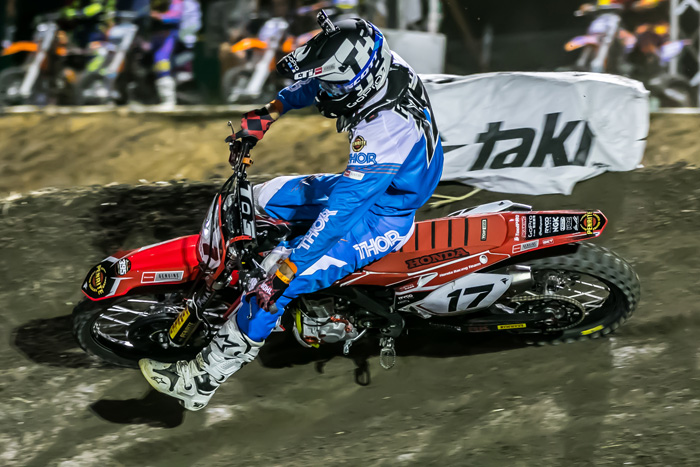 The Penrite Honda teams SX1 rider Gavin Faith gated well and looked poised for a top five finish before a coming together with Kade Mosig sidelined him momentarily. 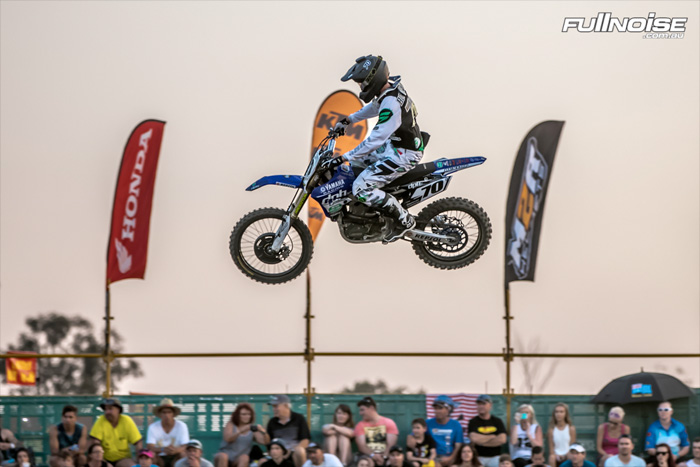 Lawson Bopping has well and truly proven that they have the ability to win races, the focus now will be on putting all the pieces of the puzzle together to do so in the remaining two rounds of the Australian Super-X series over the next two weekends.

‰ÛÏJ2 was a pretty decent round for me. I had decent heat races considering the heat (5th and 3rd). In the main I was running near the front but shuffled back to 5th by the end. My last couple of laps weren‰Ûªt great but the bike felt good." Bopping reflected.