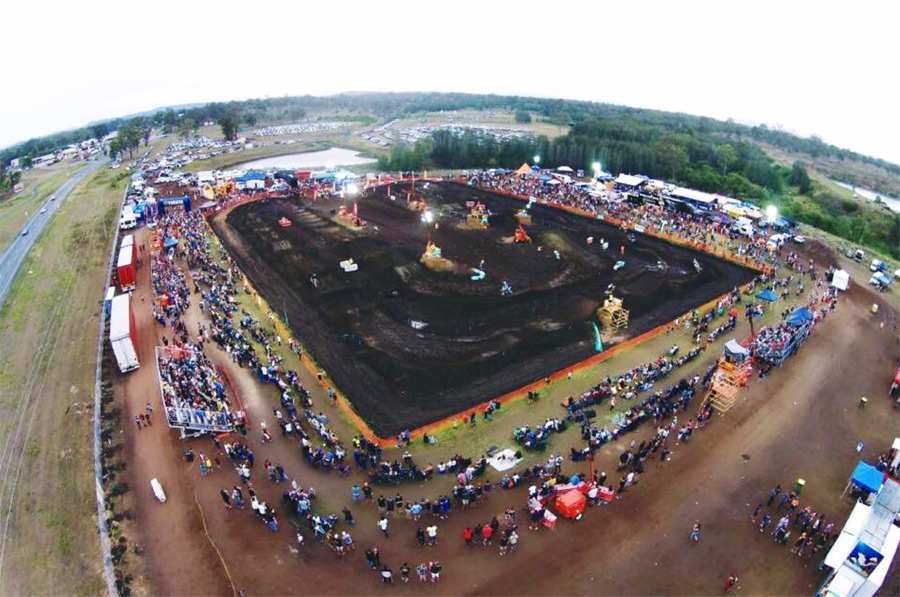 As the kick-off to the 2015 Australian Supercross Championship draws ever closer, details are emerging of the exciting track designs that will play host to racing in the six-round, four-state national series that boasts a $120,000 prizemoney purse.

And first cab off the rack to be revealed is the circuit for round two being held on October 17 at Jimboomba in the Logan shire of south-east Queensland.

Queensland promoter Scott Bannan, who is hosting two rounds of the national championship chase ‰ÛÒ Jimboomba‰Ûªs round two and round four at Coolum on the Sunshine Coast on November 21 ‰ÛÒ has already put the wheels in motion to create a spectacular USA-style track for the Jimboomba event.

Unlike most Supercross events at stadiums or showgrounds where access is only available in the days immediately before race weekend, Jimboomba X Stadium is a permanent venue, meaning Bannan and his team have already started work on round two‰Ûªs race track.

‰ÛÏThe Jimboomba track is going to be based on this year‰Ûªs St Louis round of the AMA Supercross Series in the USA,‰Û