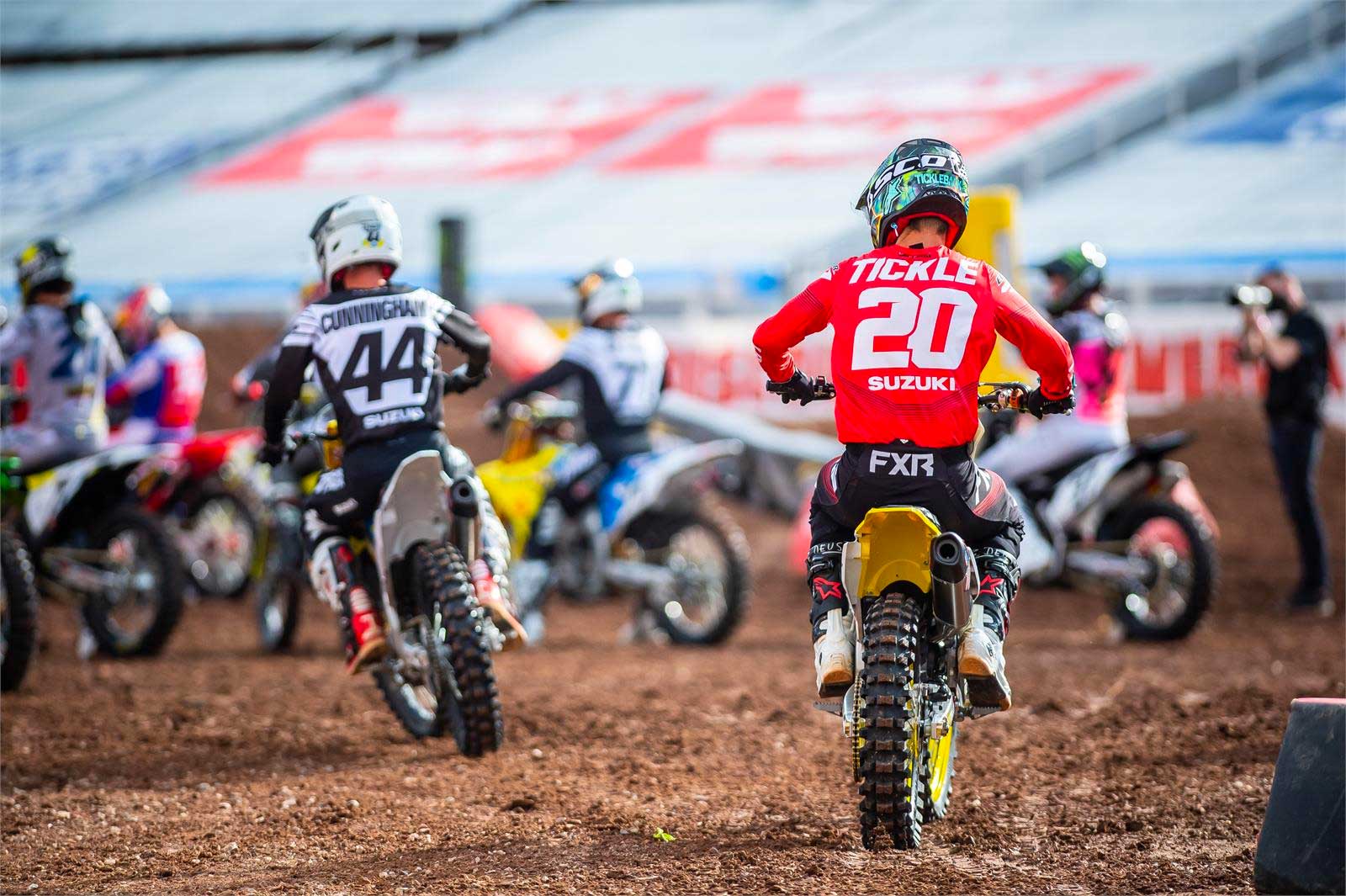 Broc Tickle fractured his right finger and will get therapy in an effort to still race. Photo: Brown Dog Wilson
The JGRMX/ Yoshimura/ Suzuki Racing Supercross team had a horror start in the resumption of the 2020 AMA Supercross season with both riders suffering injuries.

Round 11 took place under closed doors on Sunday and 450 Class riders Broc Tickle and Fredrik Noren were fit after earlier season setbacks, both eager to get back into action on their JGR-tuned Suzuki RM-Z450‰Ûªs, but unexpected injuries ended their night‰Ûªs early:

‰Û÷Fast Freddie‰Ûª was ready to kick-off the first round in Utah after recovering from an injury he suffered early in the season. Unfortunately, a small error caused a sprained ankle during his heat race. Although he displayed great performance and pushed through the pain, Noren was forced to retire from the Main Event, but is looking forward to the next round and proving he has what it takes to be a top contender.

"It was awesome to be back at the races again, and I‰Ûªm so thankful for the whole JGR crew. Unfortunately, I tweaked my ankle and it was hurting pretty bad, so I decided to pull off. With some rest and ice, I should be good to go for Wednesday‰Ûªs race," Noren said.

Broc Tickle was also healthy and ready to put in strong rides for the final seven rounds, but a small mistake in practice caused him another hand injury that will put him out for at least one week. Tickle is determined to rest up and return for next Sunday‰Ûªs race though.

"I was really happy to be back at the races. I made it through three-quarters of the first practice and started putting the track together before I crashed. The bike flipped on top of me and it made contact with my right hand. I learned that I have a fracture in my right finger, so I am bummed but going to get some therapy and rest to get ready for next Sunday," Tickle explained.

JGRMX Team Manager Jeremy Albrecht added: "I‰Ûªm excited to be back racing. It‰Ûªs not the day we wanted or expected. Both Freddie and Broc will be getting treatment tomorrow morning so they can get the results we came for. They will be back soon."

The 2020 Supercross series will complete its full 17-round season over the next three weeks. Race times will vary but rounds will take place every Sunday and Wednesday until June 21st, with the 250 West rounds taking place on June 10th and 14th, and the East/ West Showdown finale on June 21st. 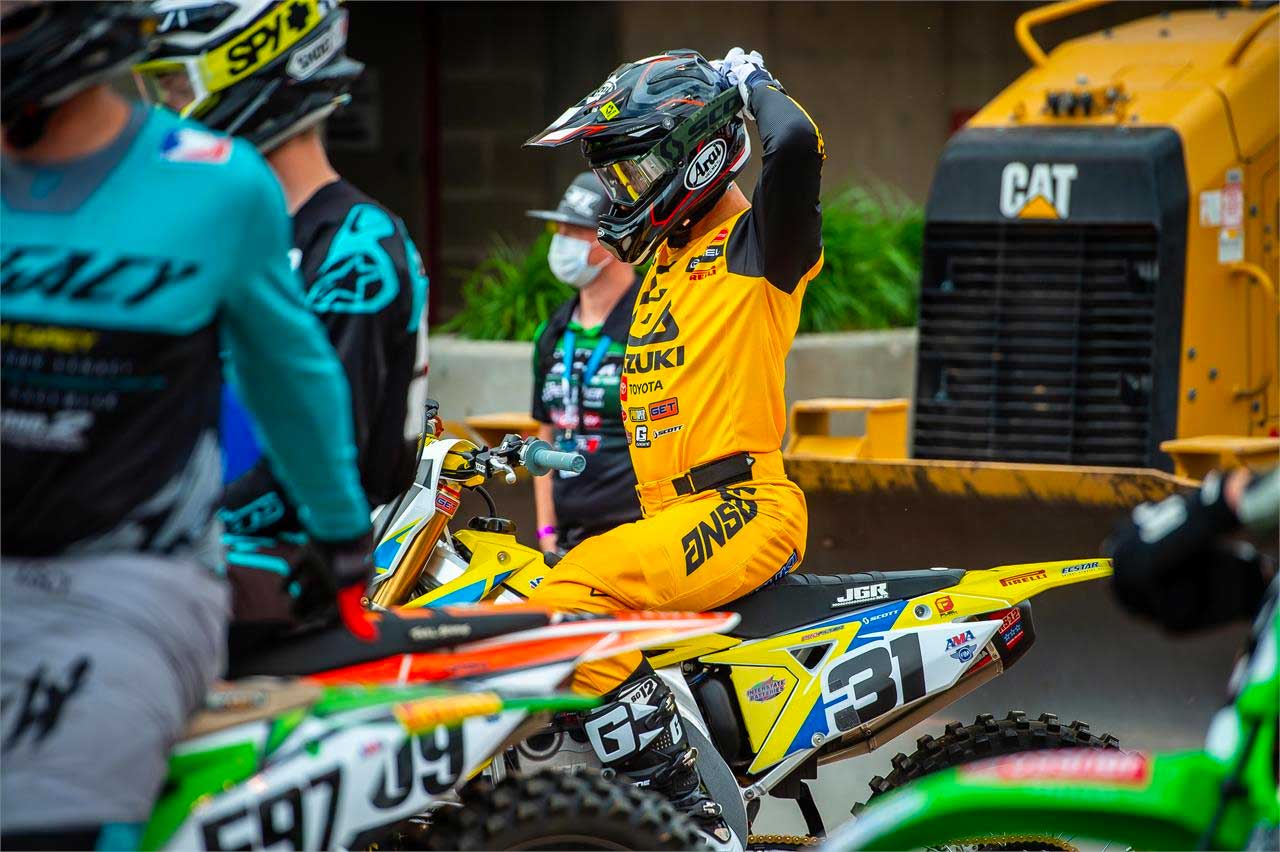 Fredrik Noren injured his ankle but is hoping to be back by next Sunday. Photo Brown Dog Wilson