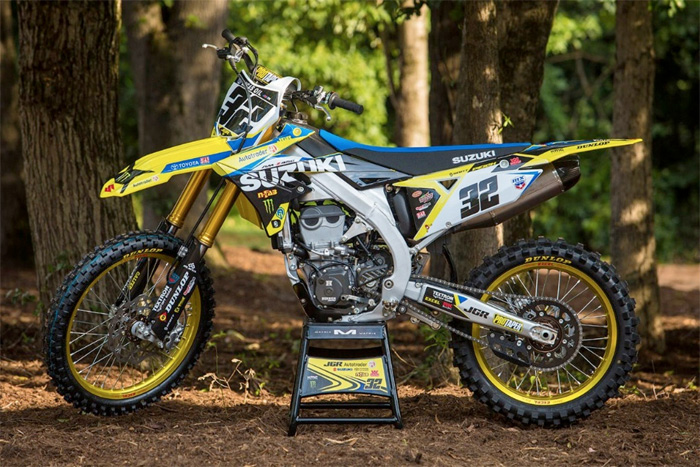 The Autotrader/Yoshimura/Suzuki Factory Racing Team have announced the signing of Weston Peick and Justin Bogle for the 2018 supercross/motocross season.

Weston Peick has been a valued part of the Joe Gibbs Racing (JGR) program since 2015, and he continues to make significant progress.

The Wildomar, Calif. native was in top form during the early rounds of the 2017 Monster Energy AMA Supercross series, until a wrist injury sidelined him. Weston returned for the Lucas Oil AMA Pro Motocross Championship Series, where he scored top-ten finishes in 14 motos and ended the series in eighth overall.