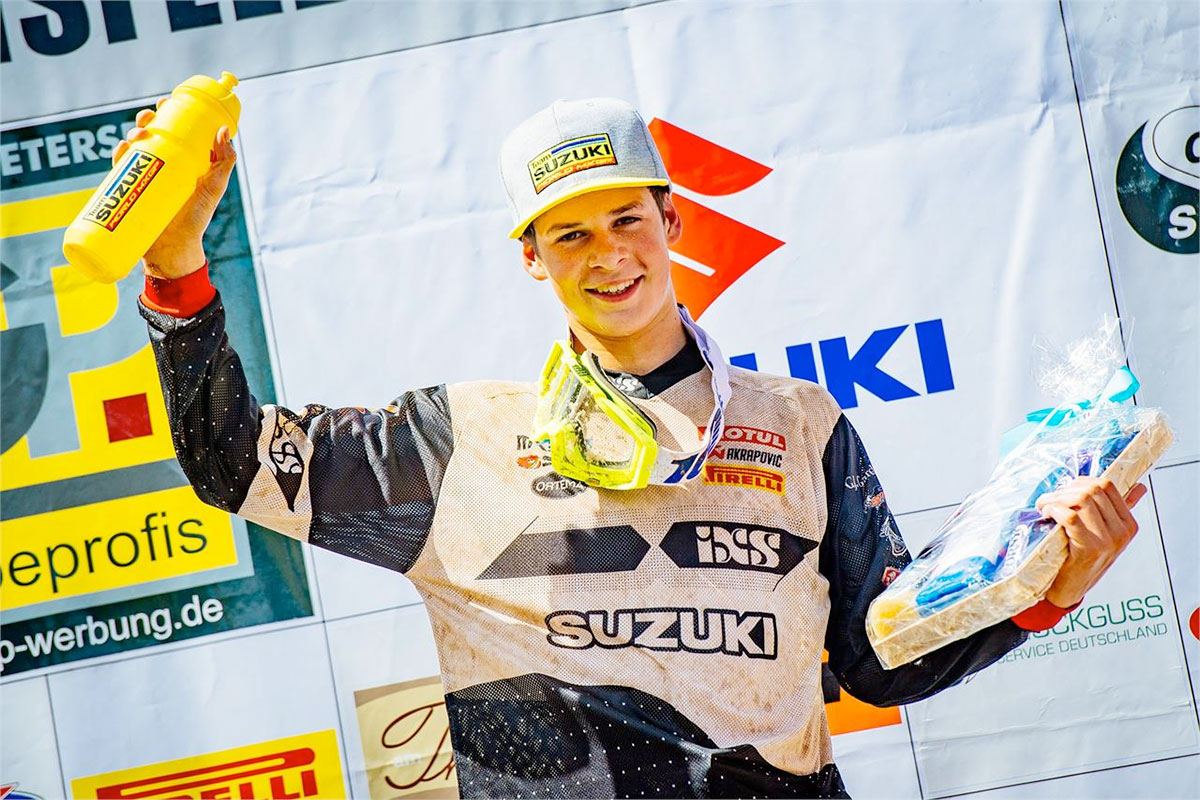 Temperatures were scorching for the fifth round of the ADAC MX Youngster Cup series that took place in the north of Germany and the exhausting sand-track put riders and bikes through a tough test.

In Qualifying, the 14-year-old held back his strength and saved energy which brought him a starting position of 11th. But on Sunday, Lawrence showed his talent. Although the first race‰Ûªs start didn‰Ûªt go as planned, the young Team Suzuki Germany rider got into the leading group quickly and tried to fight on top.

‰ÛÏOvertaking here is very difficult, but I got into a good rhythm and was able to fight to the lead position by position," Lawrence said. "Just before passing the leader I held myself back for a moment so I didn‰Ûªt get too dirty. Then I could overtake him quickly and had a free way to the finish. It was a fantastic race for me!‰Û 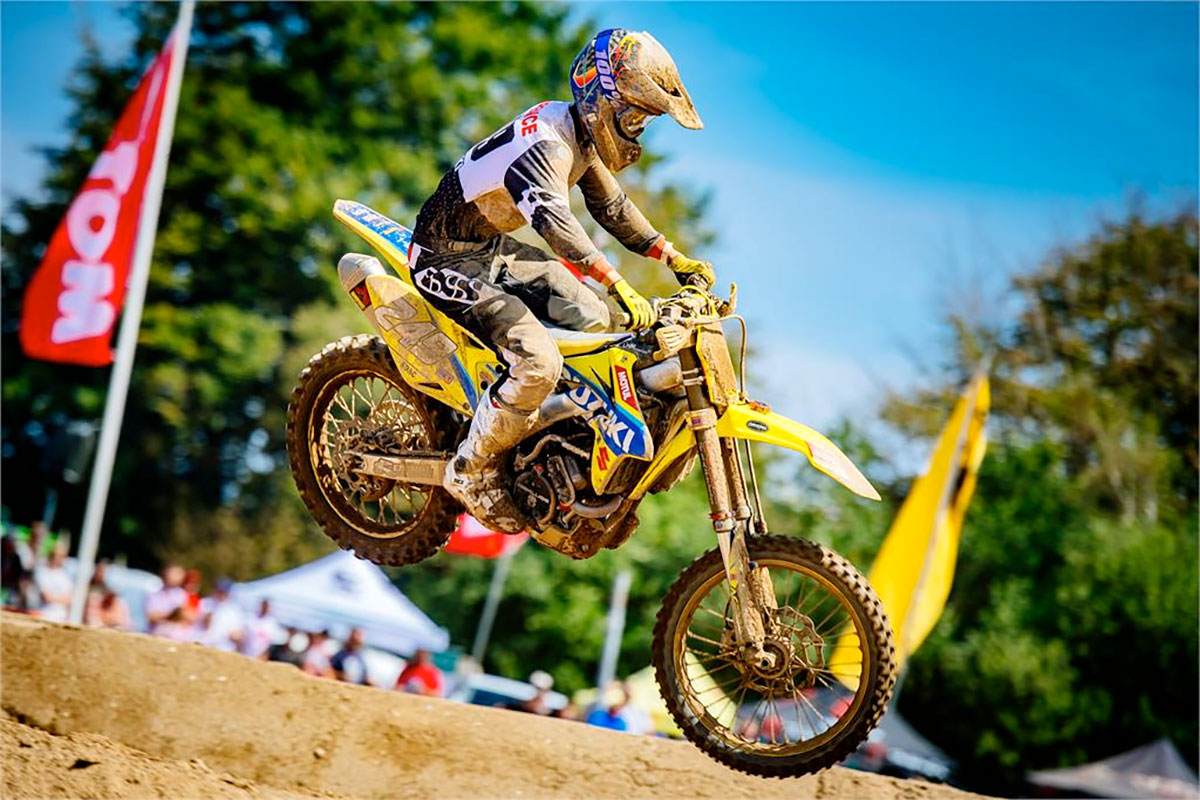 Jett Lawrence in action on the weekend. Photo: suzuki-racing.com