Jesse Dobson To Miss Broadford Due To Fractured Pelvis 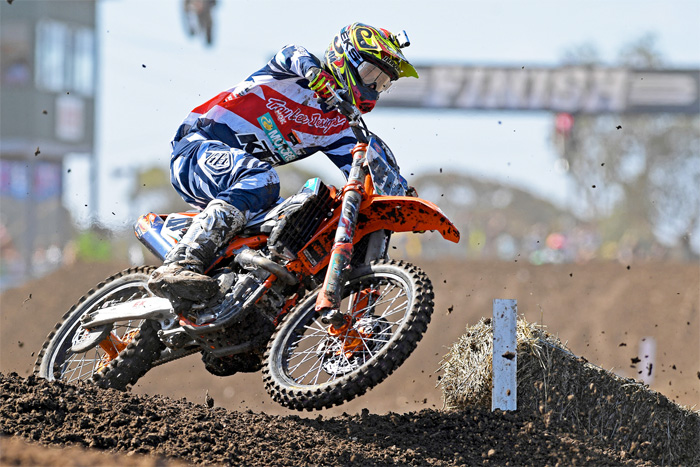 KTM Motocross Racing Team rider Jesse Dobson will sit out this weekend's third round of the MX Nationals championship at Broadford, following the detection of two hairline fractures in his pelvis.

The injury, which saw Dobson withdraw from race two at the second round of the championship at Appin, was sustained during training several days before that event, and only subsequent X-rays revealed its severity.

Fortunately for Dobson the breaks occurred in a non weight-bearing part of the pelvis, so his recovery should be relatively quick, and he hopes to be able to rejoin the team in time for the fourth round of the MX Nationals at Murray Bridge on May 22.

Nineteen-year-old Dobson, who was himself brought into the team to take the place of injured Luke Styke, is one of the hottest rising prospects in the premier class of Australian motocross, and the injury is a tough blow to a man determined to prove himself among the sport‰Ûªs upper echelon.

‰ÛÏI was really starting to find my groove after a very hectic start to the season, but I had a crash before Appin and the bike ran me over." Dobson commented. "I thought I‰Ûªd just pulled the muscles in my groin and went to Appin and tried to race, but it just wasn‰Ûªt possible.

"I got scans and X-rays and it showed two breaks in my pelvis, on the bone that the hamstrings attach to. Luckily it wasn't a weight-bearing bone so I can still walk and carry on with my activities. But it's one of the trickiest injuries I've had pain wise - it's really difficult to do anything.

"So for about the last week and a half I‰Ûªve been pretty much laying in bed trying to heal up, but on the bright side, it‰Ûªs only normally a 4-6 weeks thing, and I'm confident that with my nutrition and diet that I'll be back nice and healthy for Murray Bridge.

"It's disappointing to give it a miss this weekend, and I could try to race, but we are far better off not being silly about it, and coming back healthy on the softer surfaces.‰Û