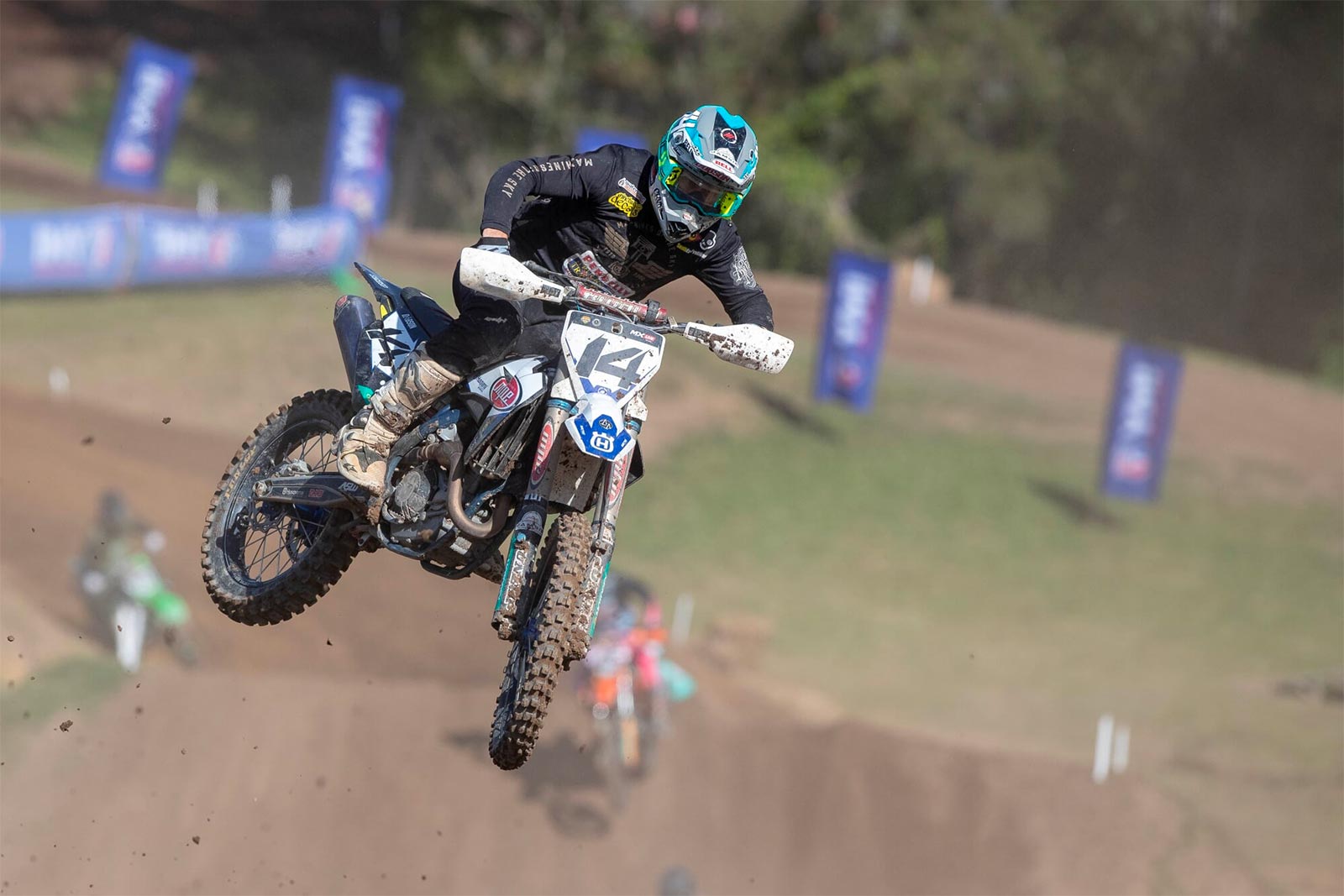 The Queenslander finished ahead of several factory supported racers in the two 16-lap moto's at Gympie's MX Farm, for the sixth round of the MX Nationals.

"I'm really happy to get back to the form I expect after Murray Bridge. I know that I have the speed, and the FC450 is an awesome bike right out of the box, so to take out Superpole was a great start to the day," Dobson said.

"I spent some time testing suspension with Paul Baericke, and I've been riding with Nathan Crawford a lot in the break, and it's really helped me take another step forward," Dobson explained. "I didn't get the starts I needed, especially in the second moto but I felt really good on track, and although it got more technical as the day went on, I was able to move forward in both races.

"The guys at MX Farm have done a great job, and the track is only going to get better, so thanks to WEM for getting us to such a great venue, and thanks to the crew at MPE Husqvarna, I'll switch over to a brand new FC450 for the final four rounds of the year!"

With the next round of the MX Nationals set to take place in Maitland NSW on July 14, Jesse will have some time to dial in his new Husqvarna FC450 and resume his training program on QLD's Sunshine coast.