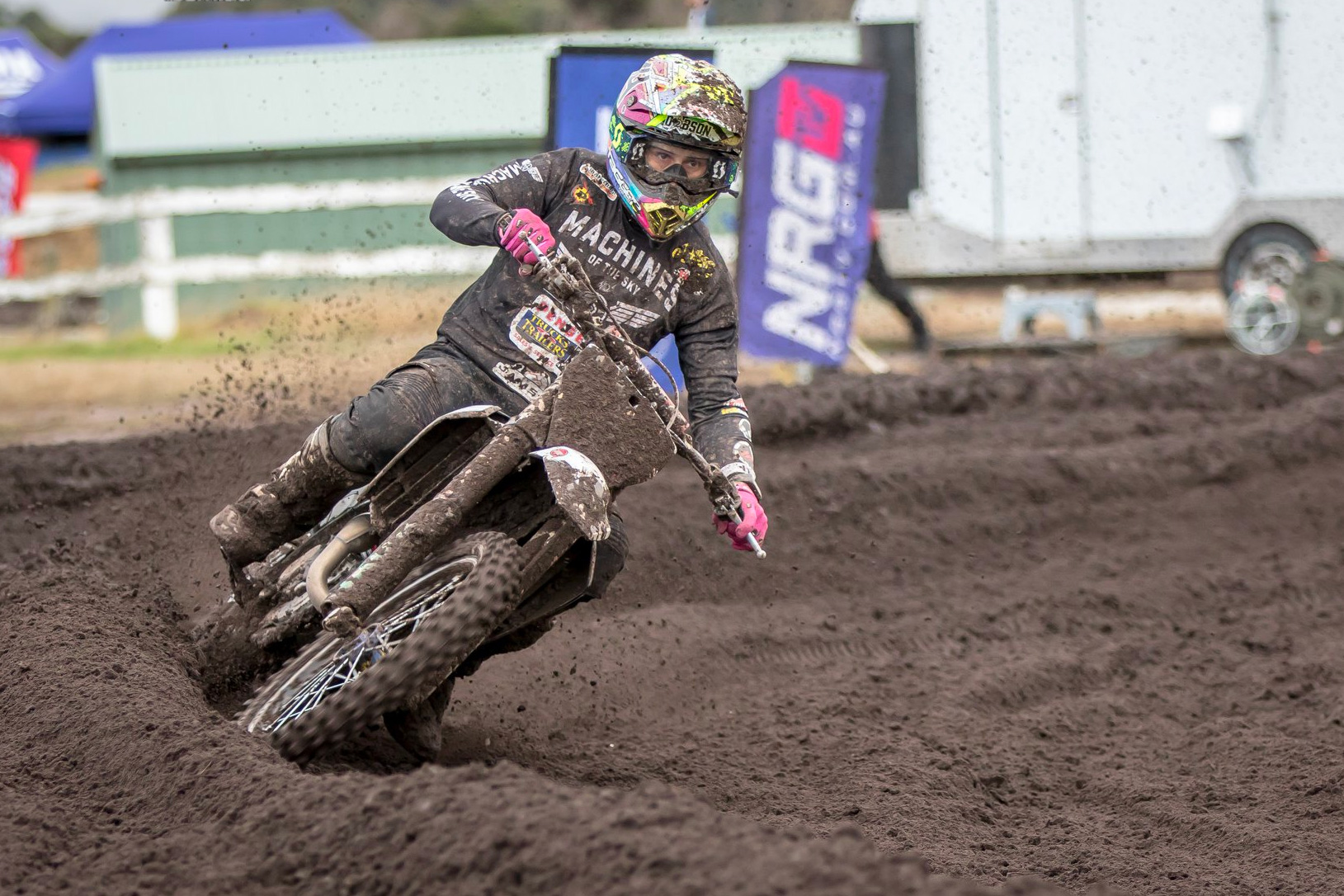 22-year-old Queenslander Jesse Dobson holds down fifth the the Thor MX1 class and after two rounds occupies the top privateer spot. Photo: Aaryn Minerds
The second round of the Pirelli MX Nationals, held in Wonthaggi, Victoria over the weekend has seen MX1 privateer Jesse Dobson put in another strong performance over two 16-lap races.

A 12th in race one, followed by an 8th in race two sealed 9th overall for the popular Queenslander, despite several set-backs through the day. The 22-year-old now holds down fifth place in the championship and classed as the highest ranked privateer.

With rain early Sunday morning, it was a damp start to the weekend for MX Nationals competitors, however a comfortable Dobson showed impressive speed to become the only privateer to make it through to Superpole and ultimately qualify fifth.

As much as I'm confident, I surprised myself this weekend and I'm excited for the rest of the season, I'm enjoying racing and going to keep working hard for it!

Concerned about his bike in race once, Dobson pulled into the mechanics area running fifth, before setting off to finish 12th in conditions that saw more than one race bike in the field overheat and expire. The sandy circuit recovered well through the day and Moto two saw some great bar-to-bar racing and a top ten finish.

"Today was tough, but overall really positive," Dobson said. "I didn't realise I made Superpole at the time and rode back to my pit and started getting undressed! I had to rush to get back on the track and I ended up with arm-pump."

"I had a good start in race one and pushed forward to fifth, but I only have the one bike, so when it started to get hot, I pulled over and my mechanic Aiden helped me clear the radiators rather than wreck it with a race to go, before pushing hard again to finish 12th," Dobson explained.

"I was confident lining up for race two but ended up caught in the first turn pile up after the FC450 jumped out of gear at the start and put me behind. I charged hard to 6th, 20-minutes into the race, but in the last few laps the rear wheel bearings collapsed and I had to work hard to stay on track and make sure I got to finish line. I finished 7th on track, but I was penalised 10-seconds for overtaking a lapped rider outside the track markers, when I was working hard to just keep the bike on track and moving forward, I've put my case to the officials for review, so we'll see what happens there.

Jesse now heads back to his Sunshine Coast base before returning to Vic for the third round of the MX Nationals championship, in Broadford, Victoria on April 14.