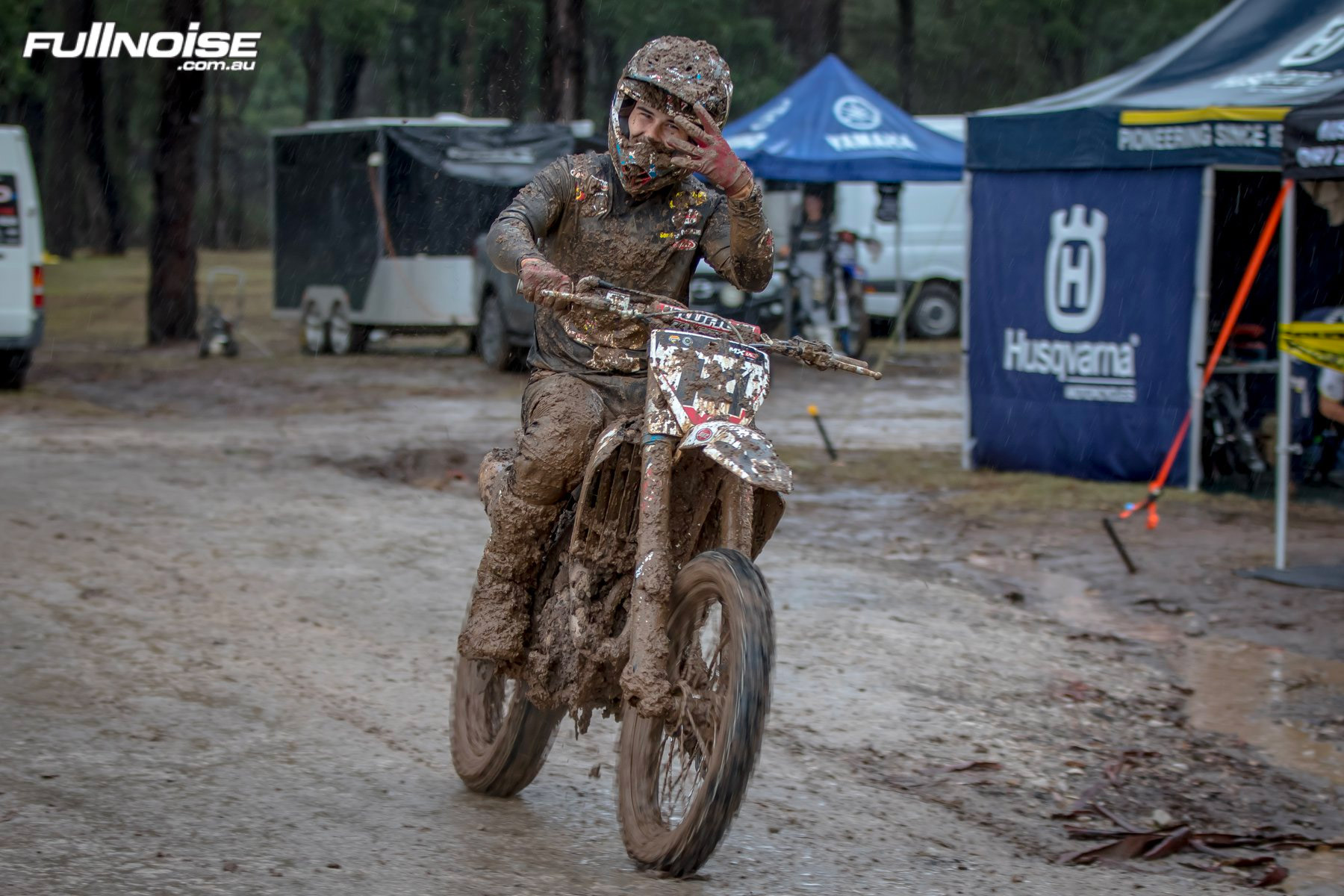 Jesse Dobson was the highest placed MX1 privateer with 5th place. Photo: Aaryn Minerds
MX1 privateer Jesse Dobson has landed a top five at the opening round of the Pirelli MX Nationals last weekend at Appin, NSW, despite the atrocious conditions on offer.

The Appin circuit, south-west of Sydney, was drenched in torrential rain throughout the race weekend, with event organisers and track team unable to do anything to improve track conditions.

Dobson, who missed missed most of last season with injury only got a program together recently to contest the 2019 championship showed his intention early by qualifying third fastest against the best in Australia. Dobson then went onto finish fifth in the only moto run and as a result is was the highest finishing privateer and now holds down fifth in the championship heading into round two.

"I've never had to race in conditions like that before!" Dobson said "The track was about as close to unrideable as I've ever seen, so the decision to reduce racing to just one moto was the right one for sure.

"We've all worked really hard in the off-season, and travelled from around the country to be here, so I'm glad we were able to race but it's a tough round to see who'll be the real contenders this season," the Queenslander continued. "I'm confident that although my program only came together in the last few weeks that I'm on-track to battle at the front.

"I really want to take the chance to thank all those brands and companies that have supported me throughout the years, even when contracts prevented me from being able to give back to them such as Kwala Racing, Tattoo Racing, MPE Husqvarna, SkullCandy and Dunlop, and of course all those have come together more recently like FIST, Unit, Jamsie Constructions, Bell and Unifilter. Also, a huge thank you to my mechanic Aiden (Porth) for all his hard work and effort behind the scenes and at the track."

Jesse now heads back to his Sunshine Coast base to continue working on his program and looking for further support before heading into the second round of the championship to be held in Wonthaggi, Victoria on March 31. 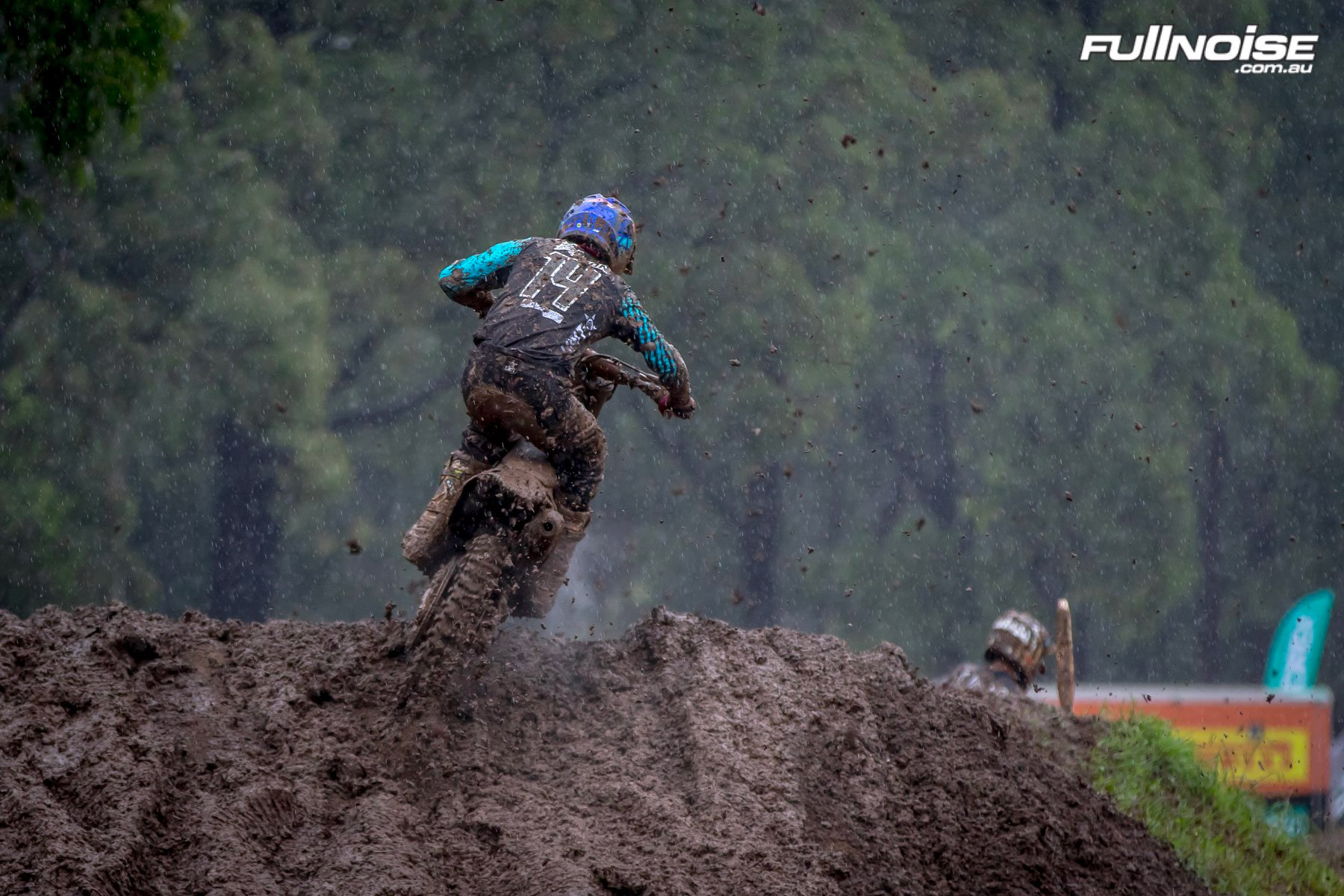 It was heavy going for Jesse Dobson and the rest of the field. Photo: Aaryn Minerds