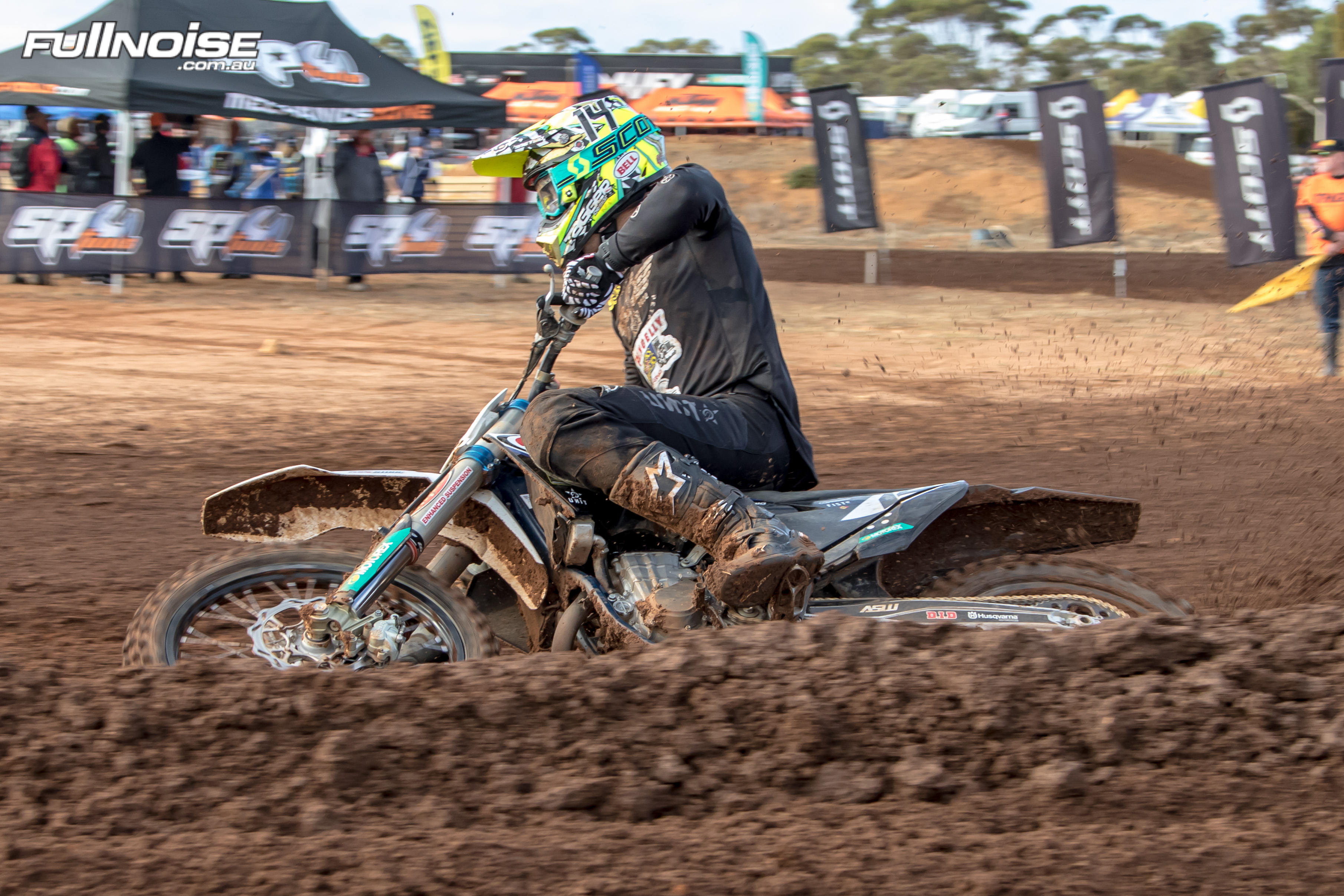 Sfter becoming the Queensland State MX1 Motocross Champion last weekend, Sunshine Coast based FC450 privateer, Jesse Dobson, now has his sights set on Moree, in far north NSW for the eighth round of the MX Nationals.

Currently sitting eighth in the MX1 (450cc), Dobson is confident that the hard work through the year will continue to pay dividends as the season draws to a close.

"My year has been up and down for sure, with some uncertainty at the beginning of the season before we pulled together a small crew, with some great support." Dobson reflected.

"Now, four months later I sit eighth in the championship, with four superpole appearances from a possible six and a Queensland state title.

With the MX1 class scheduled for two 16-lap races this weekend, it's a more traditional format that has seen strong results for Jesse as the season has progressed, allowing the state champion to show not only his outright speed, but endurance and tactics as the best motocross racers in Australia battle for position.

"I feel really confident that I can bring home some good race results and finish out the championship strong. I've put everything on the line this season, I'm working hard for myself and my sponsors, and I'm showing everyone that I'm an MX1 championship contender." Dobson continued.

"The class is full of fast racers, but I belong at the front and I'm determined to show that again at Moree this weekend."