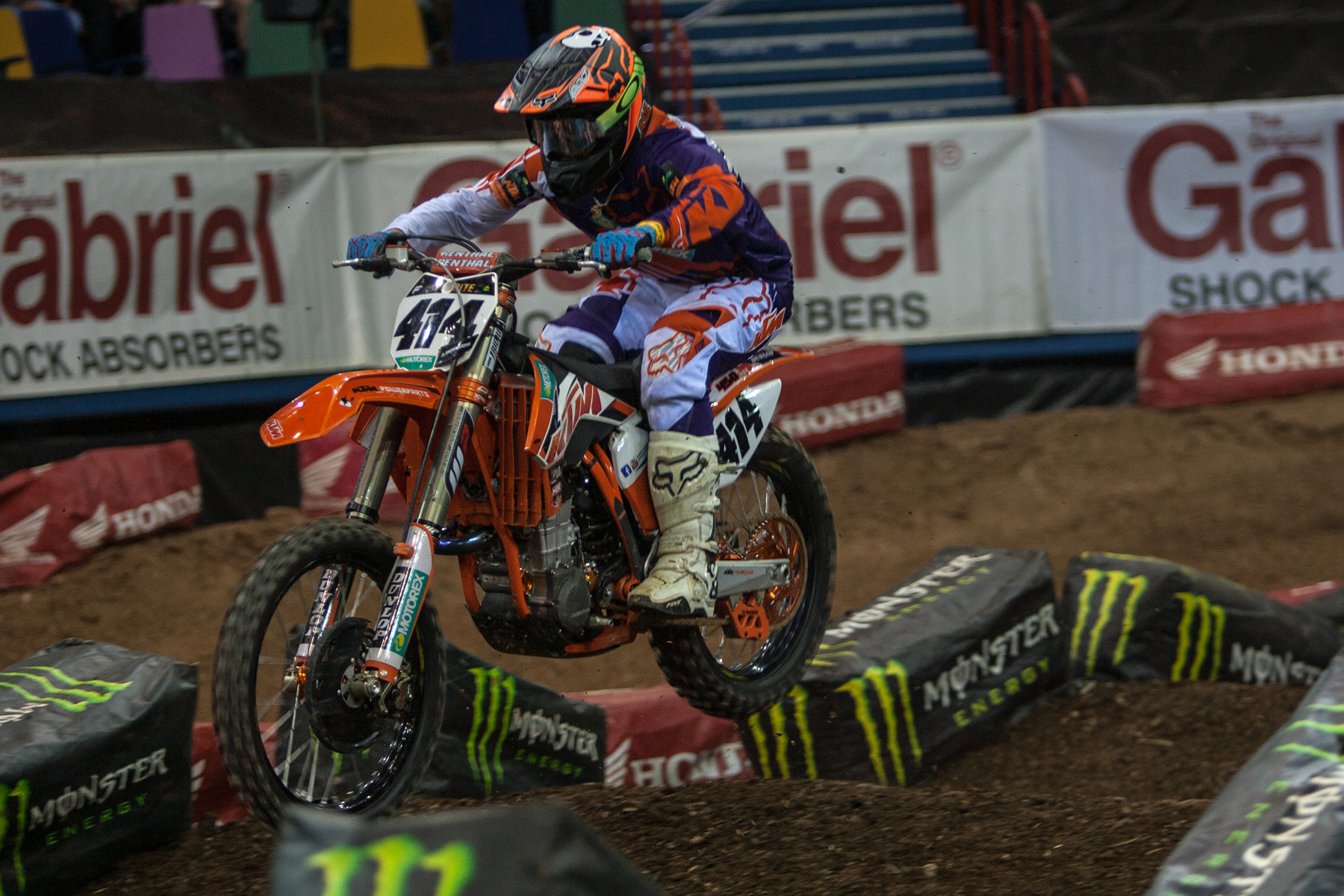 One of the big highlights for the night came from the teams, young last minute replacement rider, Jesse Dobson who continued to show rapid improvement in what was his first every Australian Supercross series.,

The 17 yor old who is currently based in Queensland, further exceeding the expectations of the team with his first top five main event finish a that result moved him one step higher up the championship ladder to an incredible fifth-place.

"Jesse qualified through his heats and then did an awesome race to finish with his highest position and move up one more place to finish fifth in the championship. He well and truly exceeded his and my goals, so we were incredibly happy with him." KTM Racing team manager Rob Twyerould commented.

"It was a fantastic ride, even during the race he had a stall and just kept solid and passed a few guys in the last few laps to move into fifth place." 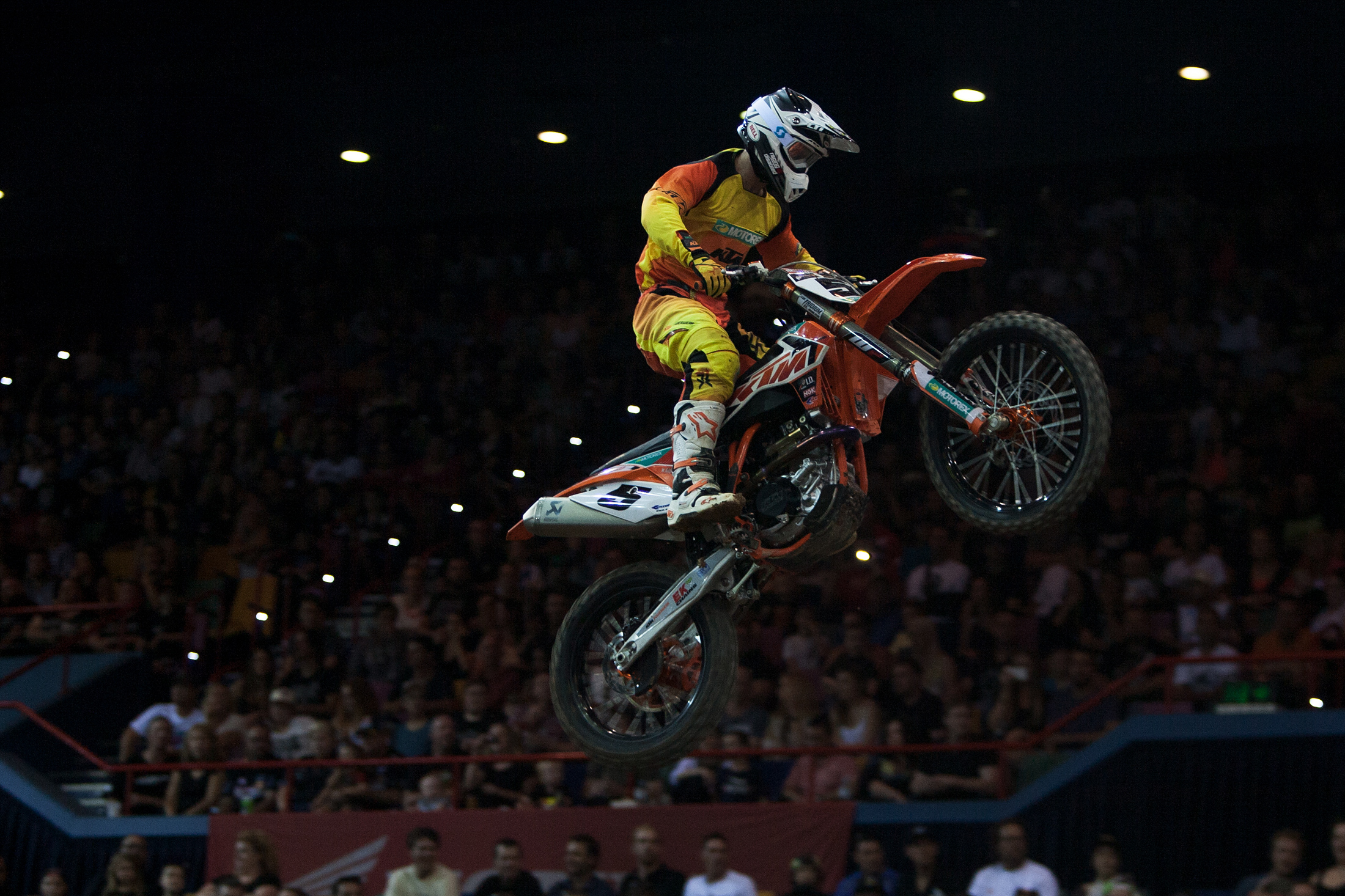 Unfortunately for Gibbs the main event did not go his way, getting tangled up with a fellow competitor and leaving him off the overall championship podium by just a handful of points.

‰ÛÏThe night started great for both guys, Gibbsy really worked out he starts and went through the heats undefeated, so that was fantastic." Twyerould explained.

"He was well-placed early, but just really couldn't get the rhythm of the track early enough and made a few mistakes which left him a bit vulnerable and he got tangled up with another rider and got his boot caught in the back wheel," Tyerould added regarding the main event. "He went down and lost a lot of ground. But he got back up in his last 10 laps were absolute fliers and he clawed back a few positions. So to come away with no injuries and finish with a pace in the heats and in that last 10 laps that proved he can actually ride that stuff very, very well, means now he can have that confidence and believe in himself.

"I just want to thank everybody for their support this year, especially the mechanics Kyle, Jordan, Apro and Garry driving the truck, Johnny back in the workshop - it's been an incredible year and they‰Ûªve all put in a huge effort. I really appreciate it.‰Û