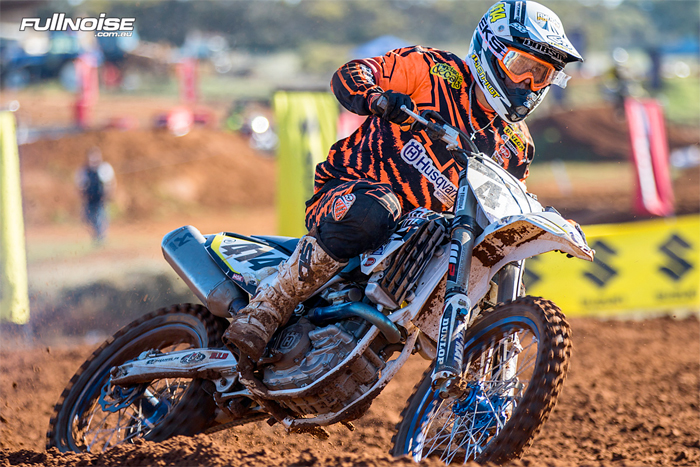 Husqvarna Australia has announced that it has again signed 18-year-old Sunshine Coast racer Jesse Dobson to its Factory Support program for the new year.

Dobson firmly established himself as one of the most exciting rising prospects in the sport when he finished fifth in the premier class of the 2014 Australian Supercross championships in a guest ride for KTM, before taking on a Husqvarna Factory Support ride for this year's MX nationals.

The determined teenager took to the Husqvarna FC 450 like a duck to water, and with his steely self-belief, set some impressive benchmarks before his season was prematurely cut short by an injury sustained during training.

Dobson took six MX Nationals top-five finishes with a best result of fourth, became the first Husqvarna pilot to qualify for an MX Nationals SuperPole, ran sixth in the championship at the mid-way point, and was still credited with 10th overall despite missing the final two rounds through injury.

A torn meniscus in his knee denied Dobson the chance to improve upon his number five ranking in MX1 supercross, but with his rehabilitation at its end, Dobson is now readying for the battle to re-establish himself among the front runners of the sport.

‰ÛÏIt feels great to be on board once again, I'm really confident in Husky and I'm pumped to be on board with a great brand." Dobson commented. "I think with the new bike, and a little more support, we can definitely get some podiums and look towards that top step.

"I was pretty disappointed that I missed out on seeing a podium this year, and to have my year cut short with injury, but next year I know that I'm going to be 110% going into it.

"My recovery has gone really well and I'm just looking forward to beginning testing on the 16s and going into the season nice and strong." Dobson continued.

"I think this is going to be a really good season, MX1 will be a strong class and I feel I've got some good people behind me once again which makes me confident. I think it's going to produce some great racing so I'm really looking forward to that.‰Û