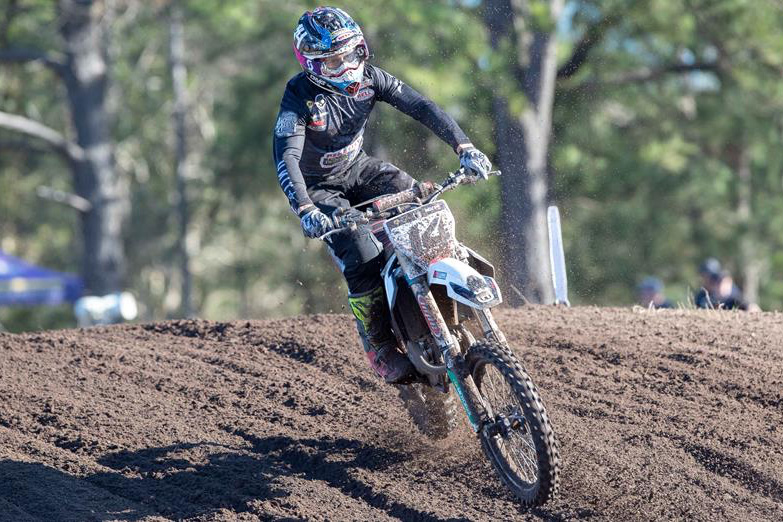 With strong race results to finish the final two rounds of the MX Nationals, Jesse Dobson, aboard the MPE Husqvarna FC450, has secured his position as the number one privateer in the MX1 class.

Coolum, on Queensland's Sunshine Coast, hosted a double-header weekend to close the ten-round national championship, Dobson secured eighth in the championship standings, despite missing crucial championship points due to an incident in race one of the weekend, injuring his foot.

"The weekend was bittersweet for me. Qualifying fastest on Saturday, and second fastest on Sunday, only just missing out on Superpole, so I had a lot of confidence going into the races.

"The first moto of the weekend, while moving forward, I came together with another rider and hurt my foot to the point where I couldn't start the second back-to-back moto. I pushed through for sixth in last race of the day on Saturday, but I struggled with my starts all weekend and had to push hard to get back into the top five.

"In the end, I'm really happy with the pace I had all weekend, and although I believe I had the potential to finish the season with a better result, I'm happy to have been consistent with two fifth places on Sunday. It's an honour getting the Andrew Mcfarlane Top Privateer award, it's been a tough year and I can't thank everyone enough that has helped me and supported me along the way."

The MX Nationals are now over for 2019, and Jesse Dobson will now set his sights on the five-round supercross championship, where he will continue to race as a privateer, while working on securing a position for 2020.