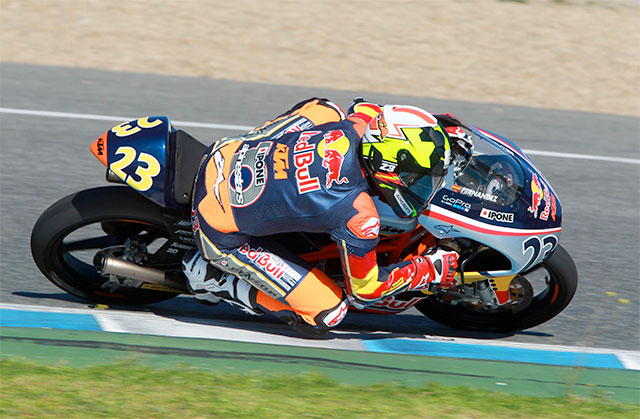 Though the final day was cold, wet and miserable the earlier beautiful sunshine saw the 24 identical KTMs propelling their teens towards Grand Prix careers.

While ex Rookie Brad Binder took the Moto3 World Championship lead in Argentina, RaÌ¼l FernÌÁndez and Ayumu Sasaki headed the timing sheets in Jerez where the season proper starts on April 23rd. Both are seen as favourites in this year‰Ûªs series after a number of intense battles for the podium places last season. FernÌÁndez is determined to start his campaign with a better performance than last year where he was pointless in the opening round.