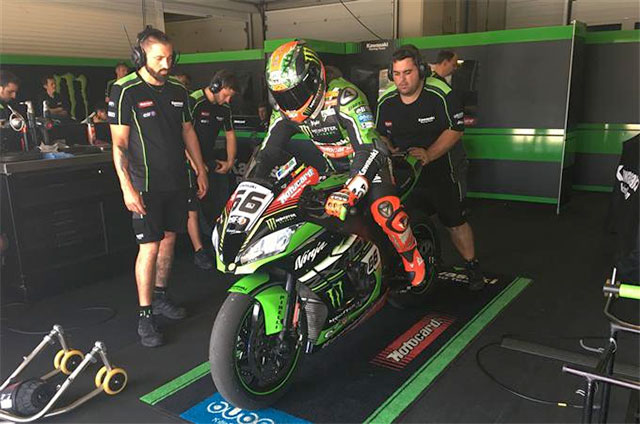 After a two-day test at Jerez de la Frontera in Spain the Kawasaki Racing Team pairing of Tom Sykes and Jonathan Rea put in valuable development work for the future of the Ninja ZX-10R official Superbike World Championship machine.

With Sykes and Rea evaluating many parts and advances for the 2017 specification Ninja at Jerez the official KRT pairing learned valuable lessons, and delivered invaluable feedback to KHI to continue the project of machine development. They also found progress in set up that will allow them to compete even more strongly for the rest of he 2016 season.

With many new parts and strategies to try it was a busy testing period for all involved at Jerez, but ultimately a very positive one.

In warm and dry track temperatures over both days of the development tests the riders were able to complete a high lap count and complete their work schedules. Although the point of the test was not to improve outright pace over one lap both riders posted very competitive times, even on worn tyres and with track temperatures that got to over 60å¡C at times.

The intense Jerez test was welcomed by the riders and engineers, despite the logistical challenge involved in starting out on track on Wednesday June 1 in the south of Spain ‰ÛÒ shortly after the end of a highly successful race weekend in the UK at Donington Park, which culminated on Sunday 29th May.

‰ÛÏThe good weather meant we had lots of uninterrupted track time and the quite high temperatures which may be very relevant when we come to race here in October," Jonathan Rea stated.

"We focused mainly on the electronics side and other components in preparation for 2017. We got positive information for that and the main target was to test the new material. Lap time was not the main focus but we managed to be quite fast and consistent on old tyres, and we spent a lot of time on them.

"We gained some really valuable information in some areas for the next race and some benefits we will not see the result of until 2017. I want to say thank you very much to everyone for organising this test. It was logistically very difficult so soon after Donington, so thanks to the mechanics, team staff and KHI staff for all the effort after a race weekend and then a test for two full days.‰Û 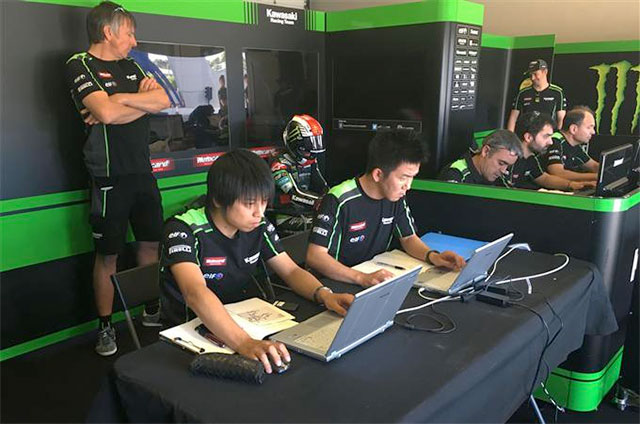 Jonathan Rea
Tom Sykes ended the test happy with his pace and the amount acheived.

‰ÛÏWe got in a really good test overall and did a lot of laps. I am really happy and the pace I got to here is really good, especially considering the track temperature was 63å¡C at some times," Sykes explained.

"We have continued the good form from recent events and the best thing is that we were able to try things that we are not able to test at race events. We evaluated many things on chassis and suspension set up, and with our electronics. I did around 80 laps yesterday and about the same again today. I can relax now and think about all the things we did here. It has been really good to test because we have evaluated a lot of things and we are ready for the next race in Misano. Our lap times were fast but that was not our focus. All the same, I am pleasantly surprised at the lap times.‰Û