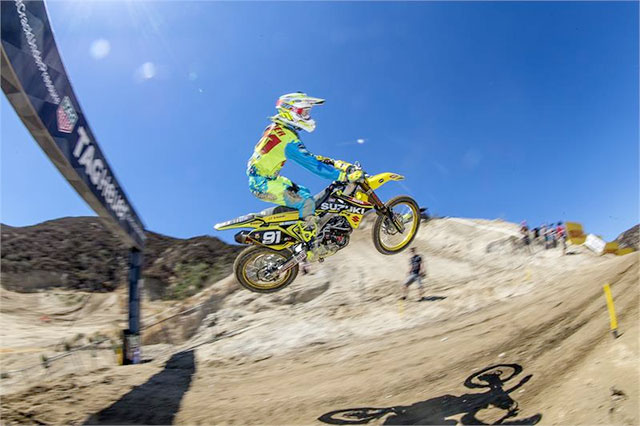 Team Suzuki World MX2 has already confirmed Jeremy Seewer to stay for the 2017 MX2 season, but now General Manager Stefan Everts and the Swiss have signed a deal for the 2018 and 2019 MXGP seasons.

Seewer, who turns 23 next year, will have to move up to the MXGP class due to the age limit in MX2, but both Suzuki and Seewer are excited for the future.

Seewer had a very successful season this year. He started off with his first podium at the second GP of the season in very warm and tough conditions in Thailand. With 10 podiums in 18 rounds, he has proven to be a very consistent rider. Not missing one GP outing, Seewer put the crown on his season finishing as MX2 Vice-World Champion two weeks ago in Glen Helen, California.

Since Everts took over the team, he has been working closely together with the riders and assisting them in every way he can. ‰ÛÏFor me it actually was a pleasure to know and work with Stefan for my first year now. And I knew, I would decide about my future after working together with him. It all worked out great this season, we want to go in the same direction, I feel good in the team so it was clear for me that I wanted to stay with them and that my future was with Suzuki,‰Û 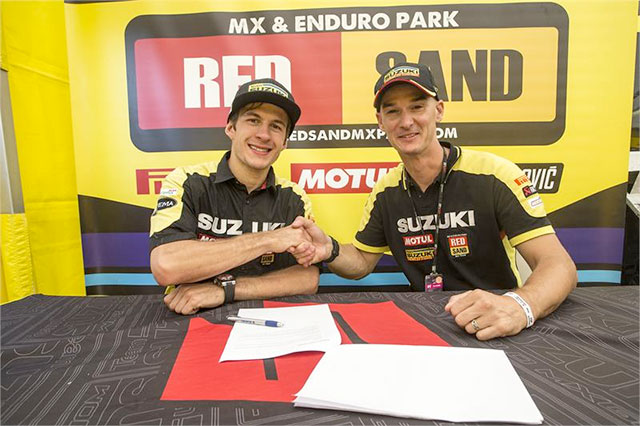 Jeremy Seewer and Stefan Everts
Everts commented: ‰ÛÏWorking with Jeremy has been a pleasure, we have a good feeling and a good spirit between us. We have the same goal and same ambition. I‰Ûªm very pleased that we could come to an agreement with Jeremy for the ‰Ûª18 and ‰Ûª19 MXGP seasons. It‰Ûªs an important phase of my planning for what I want to achieve with the Suzuki Factory Team.‰Û