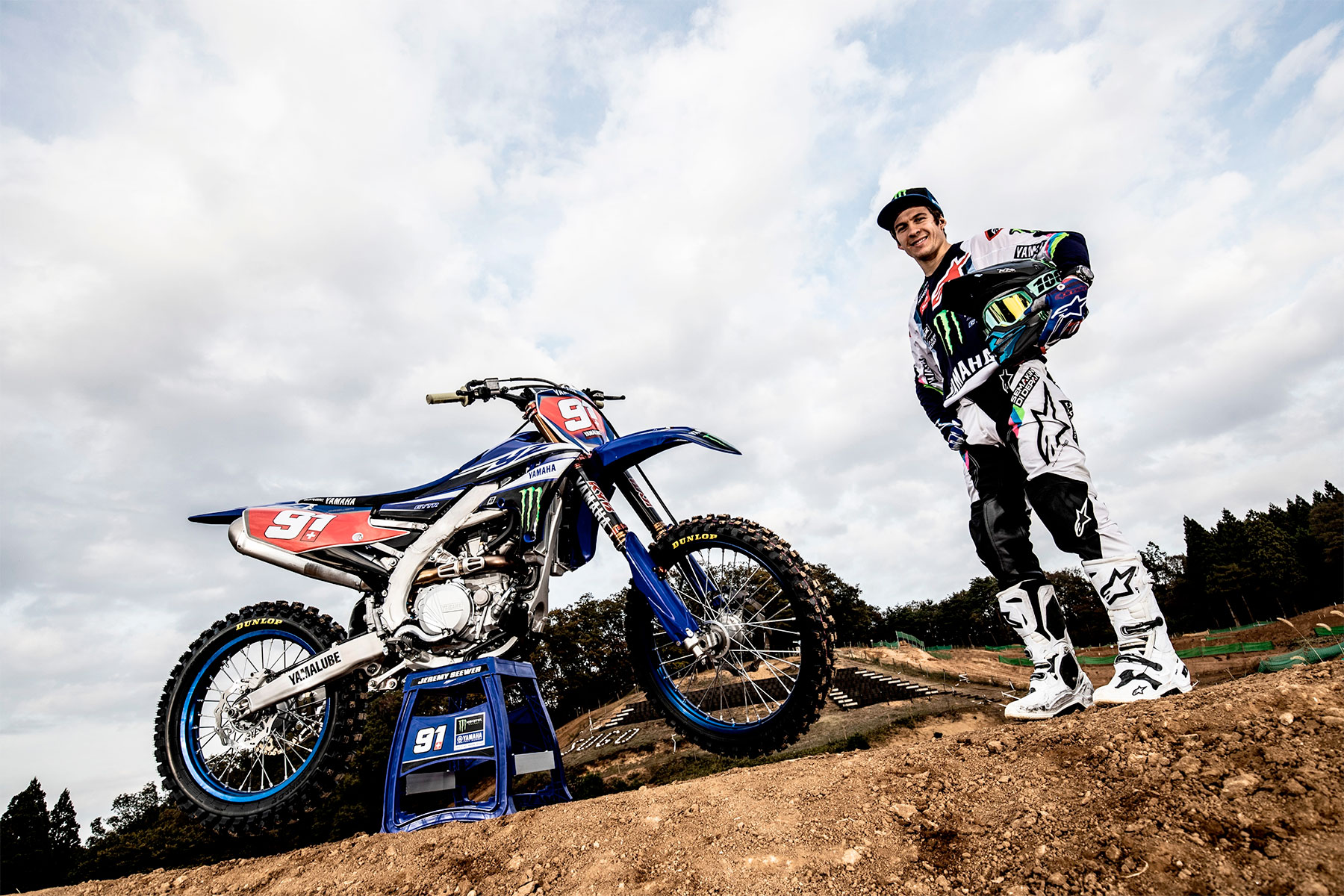 Jeremy Seewer (File)
Monster Energy Yamaha Factory MXGP's debutant Jeremy Seewer got the next chapter in his MXGP career off to a positive start in Sugo, Japan.

Seewer finished runner-up to regular MXGP contender Tim Gajser at the final round of the 2018 All Japan Motocross Championship at Sportsland Sugo last weekend.

Mixed weather conditions hampered Saturday's schedule with heavy rainfall in the morning delaying the amateur program, eventually forcing the organizers to postpone the premier class, IA1, practice and timed qualifying session to the next day.

Saturdays' rainfall made for challenging conditions. Seewer's versatility was highlighted as he took to the track for the first time onboard his Monster Energy Yamaha Factory MXGP YZ450F in the early hours of Sunday morning and after a few minor suspension adjustments, managed to set the second fastest lap time in the Qualifying Practice session.

The sun beat down on the Sugo circuit ahead of race one where Seewer chased Japan's defending champion Kei Yamamoto and the former two-time World Champion Tim Gajser around the first corner before following Gajser past Yamamoto a few turns later. As the terrain improved, so did his lap times and after moving into second-place the 24 year-old focused on adapting to the track conditions but suffered from arm-pump almost instantly and had to ease off the pace and settle for second.

After making some more suspension changes ahead of race two, changes that would reduce the chance of arm-pump on the tight, compact, rough and rugged Sugo circuit, Seewer felt more comfortable in the final race where he pulled an outstanding holeshot onboard the standard YZ450F that he was riding. Despite being on a standard bike, Seewer still looked fast and 'at home' for the full 17-Laps as he charged hard to another second place finish, and second overall for the weekend.

It was a very special weekend from many points of view. It's been different but a really nice experience, it was a nice track, very technical. I was second two times, but the result was not so important today, it was just about having fun and I had a lot of fun out there today. Now, I look forward to a few days of testing.

Following his first podium appearance with the Monster Energy Factory Yamaha MXGP Team, Seewer will remain in Japan for three days of testing before he returns home to Switzerland where he plans to rest for a few weeks before resuming his off-season preparation in December.