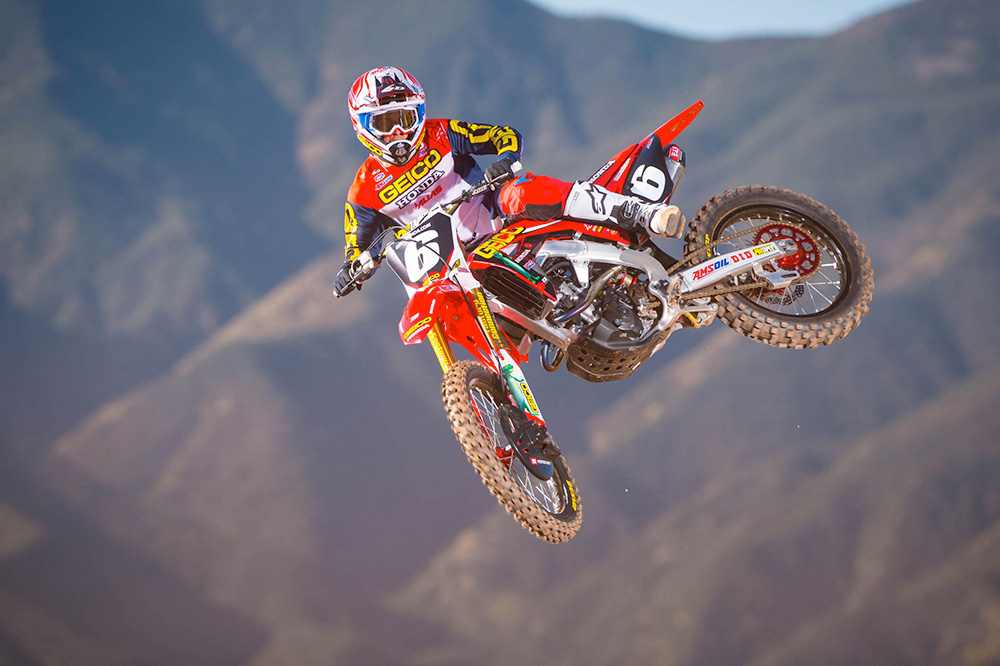 GEICO Honda‰Ûªs Jeremy Martin has received the bad news that the back surgery required after his huge crash at the Tennessee Motocross National in June was not successful.

A new surgery has been scheduled for January at the Steadman Clinic in Colorado, and Martin will have to begin the entire rehabilitation process anew. Due to this, he will miss the entire 2019 racing season, with hopes to be back on a motorcycle in the third quarter of the new year.

Martin‰Ûªs GEICO Honda contract was set to expire at the end of the 2019 season, but the team has extended his deal through the 2020 and 2021 seasons.

Martin, the winner of two supercross races in 2018, had five vertebrae fused to help heal a burst fracture in his lower back. Six months into his recovery, he had begun light training only to find out just 10 percent of the burst fracture had healed.

To get this news was a complete kick in the gut. Racing is all I know and to sit out the entire 2019 season is going to be one of the biggest challenges I have ever faced. To have [team owners] Jeff [Majkrzak] and Ziggy [Rick Zielfelder] commit to me long-term proves they believe in me, and that motivates me to come back and overcome adversity.

That‰Ûªs been the story of my career, though. Nothing has been given to me, I have worked and earned everything I‰Ûªve won. This will be no different.

Martin will return to racing for the 2020 season, and the GEICO Honda team wishes him the best during his surgery, rehabilitation and recovery.

With Martin on the sidelines, the 2019 GEICO Honda lineup will feature four riders. Christian Craig recently suffered a fracture in his thumb which moves him to the 250SX East Region of Monster Energy Supercross. Australian supercross rookie Hunter Lawrence will join him there, with RJ Hampshire and Chase Sexton kicking off the 2019 season for the team at the 250SX West Region opening round at Angel Stadium in Anaheim, California on January 5th.