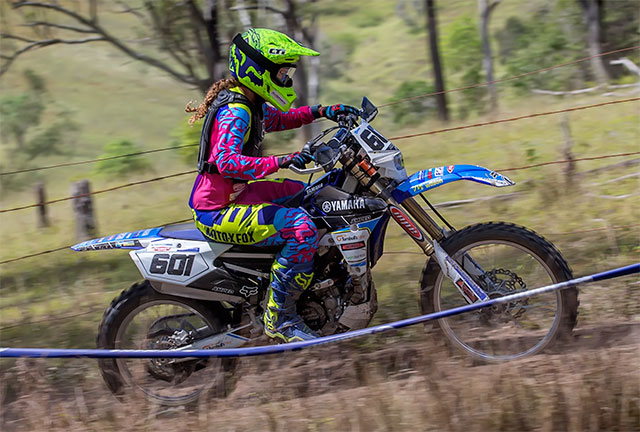 One girl who is not afraid of getting her hands dirty and putting up a strong fight is Jemma Wilson ‰ÛÒ the 2015 ISDE Women‰Ûªs Team World Champ, is now back on home soil competing against Australia‰Ûªs best in the 2016 Yamaha Australian Off-Road Championship.

Yamaha mounted Wilson competed in the first two rounds of the 2016 Yamaha Australian Off-Road Championship at Kilkivan in Queensland, and is now in preparation for Rounds 3&4 this weekend in Portland, NSW where she will compete in the Women‰Ûªs class.

For Wilson, it wasn‰Ûªt all smooth sailing at Rounds 1&2, as she overshot the finish line in one of her tests - but the eager lady fought to redeem her positions, coming out on top at the conclusion of both rounds 1&2, and is determined to remain on the top step for the next two rounds this weekend.

‰ÛÏResult wise two wins were perfect at rounds one and two, but of course it wasn‰Ûªt mistake free. It was a really great weekend even though I over shot a lot and had a small crash on the Saturday,‰Û