Jeffrey Herlings getting back up to speed 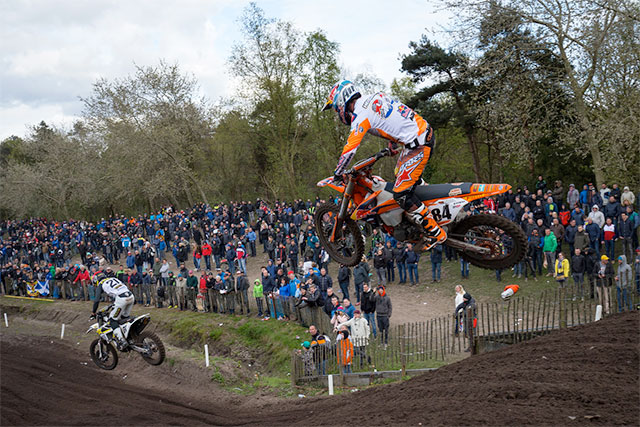 Jeffrey Herlings came into the Grand Prix of Europe at Valkenswaard with an incredible unbeaten seven-year record in MX2 but since his MX debut season started he has struggled with injury and the intensity of the premier class.

His weekend started out well coming from from twelfth up to fourth place in the Qualification Heat for a good gate pick for Sunday's two moto's.

The Dutchman was part of two fantastic battles for second place overall in the days racing and had the crowd cheering with his efforts. The Red Bull Factory KTM rider ended the day second overall thanks to a 3-3 and his best day so far after six appearances in MXGP.

"I‰Ûªve been winning here seven years in a row and even though things haven‰Ûªt been going well lately I think the fans still expected a podium and that's what we did," Herlings said after securing his first trophy in the premier class.

"I felt like we were close to the win. We had a really bad start to the season with the broken hand and we were riding but we weren‰Ûªt really ‰Û÷riding‰Ûª and I just went from GP to GP. I felt terrible.

"I was in positions I shouldn't be in and I even felt embarrassed, but now I‰Ûªve been on the bike a few weeks so we can work on being better and better and get back in the shape where we should be. I didn't expect these [MXGP] guys to be so fast and it is like all-out war from the moment the gate drops to the finish flag and it is something we haven‰Ûªt been used to. But we are getting back the speed and we just need to get those starts together," Herlings concluded. 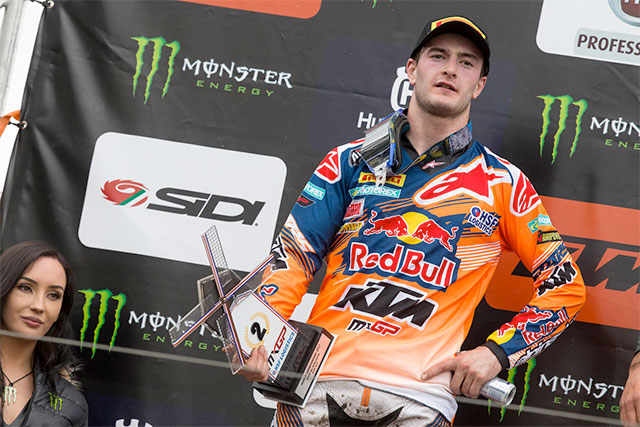 Ray Archer was back in familiar territory on the weekend, the podium.