Jeffrey Herlings back up to speed with MXGP of Latvia Pole 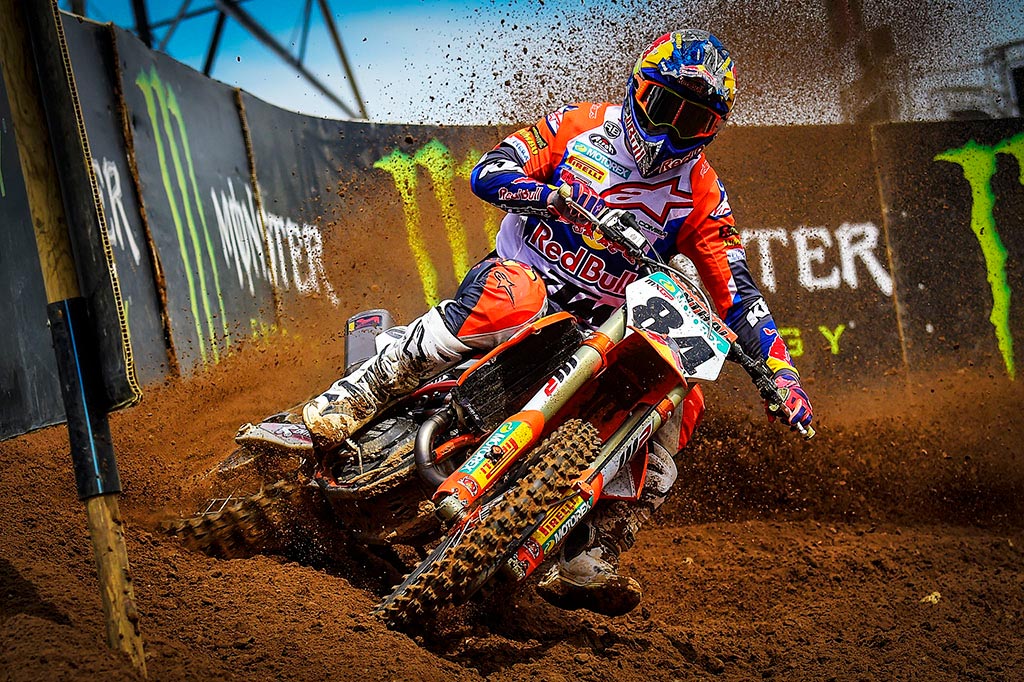 Jeffrey Herlings
The sandy track of Kegums, Latvia, has seen round nine of the 2019 FIM Motocross World Championship season continue, as the MXGP of Latvia saw Jeffrey Herlings and Jorge Prado taking the victories in MXGP and MX2 respectively in Saturday's qualification races.

For Herlings it was his first MXGP qualifying race win in nearly nine months after missing the first seven rounds of the MXGP championship with a foot injury. Prado has been just about unbeatable this year as he goes for his second consecutive MX2 championship and he continued to show the competition that he isn‰Ûªt going to slow down any time soon.


When the MXGP gate dropped in Latvia it was Herlings who took the early lead, home hero Pauls Jonass got the crowd screaming as he moved into the lead on lap one while Monster Energy Wilvo Yamaha Official team‰Ûªs Arnaud Tonus held third place.

Well back was Italian Antonio Cairoli, who was struggling due to a back problem. TeamHRC‰Ûªs Tim Gajser was also working hard, moving from sixth place to fifth, but then back to sixth when Arminas Jasikonis started making good progress. 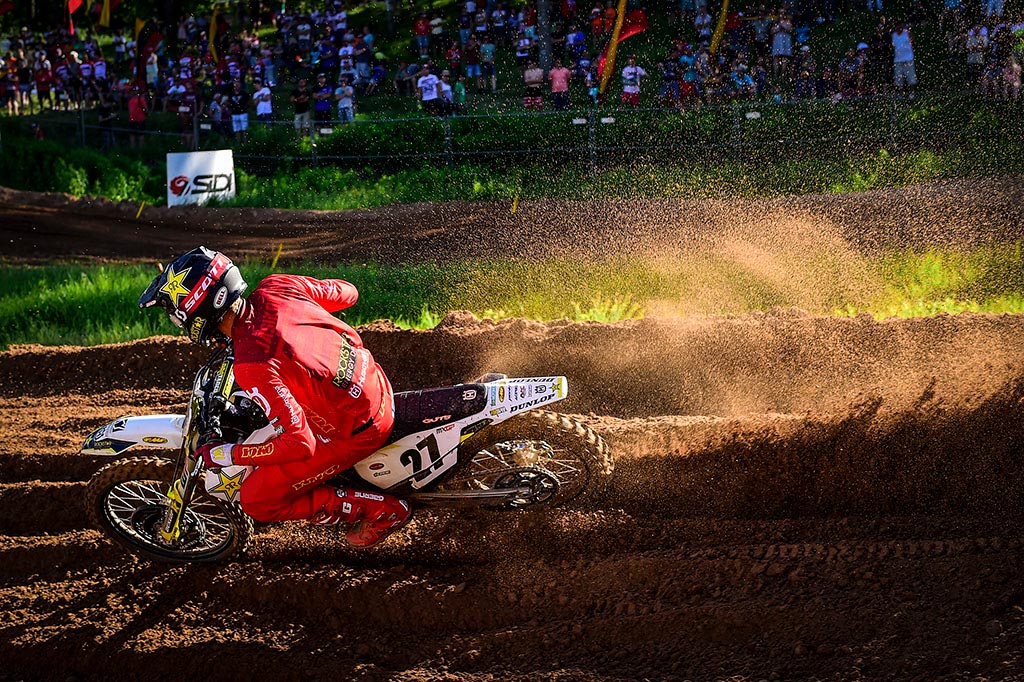 Arminas Jasikonis
After five laps Herlings started closing up the lead of Jonass, and Cairoli continued to lose places, going from 11th to 12th. Series leader Gajser went down hard and fell back to 20th place.

Herlings moved back into the lead on lap seven, and Tonus followed him past Jonass. Jasikonis was moving fast as he passed Tonus for second meanwhile Jonass and Monster Energy Yamaha Factory‰Ûªs Jeremy Seewer battled for the top five, with Seewer getting the upper hand and fifth place. 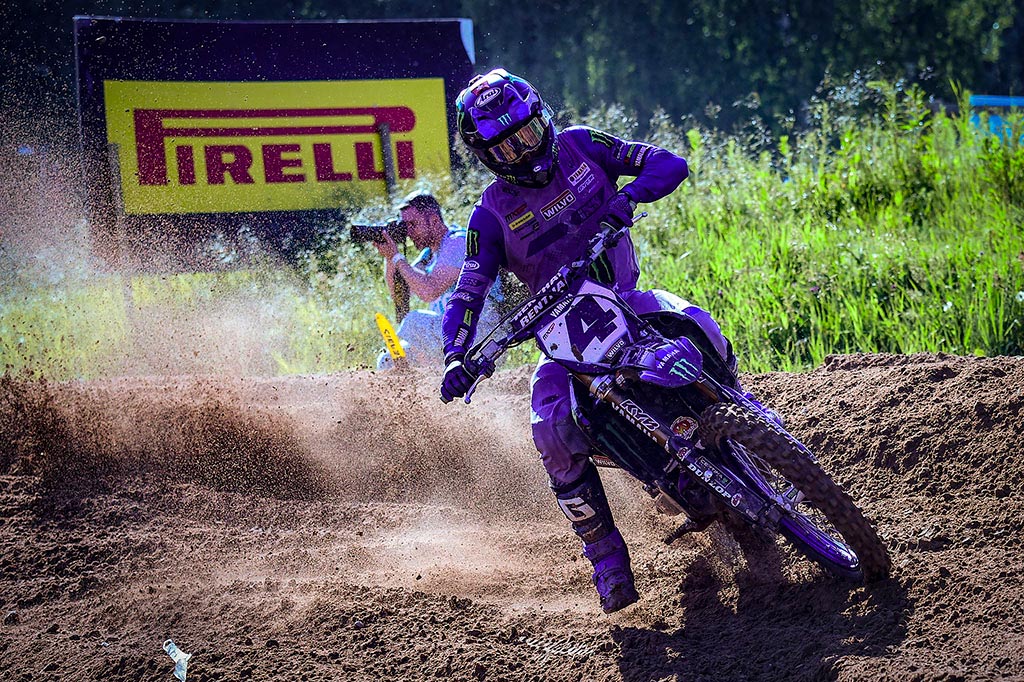 Arnaud Tonus
The final laps were interesting as Herlings led and Jasikonis chased the defending World MXGP champion. Herlings would win it from Jasikonis and Tonus.

‰ÛÏI am not 100%. Not even close, but it is getting better and better," Herlings said. "The foot is still sore, but also getting better and better. The doctor told me it would be minimum six months before I start riding and it is now only four and a half months in and I win a qualification race in MXGP. It is pretty crazy with just four weeks on the bike. I didn‰Ûªt expect this result but I feel very happy about this result today. This track suits me and I think the track was really good. Definitely it‰Ûªll be a dream comes true to stand on the Podium tomorrow‰Û 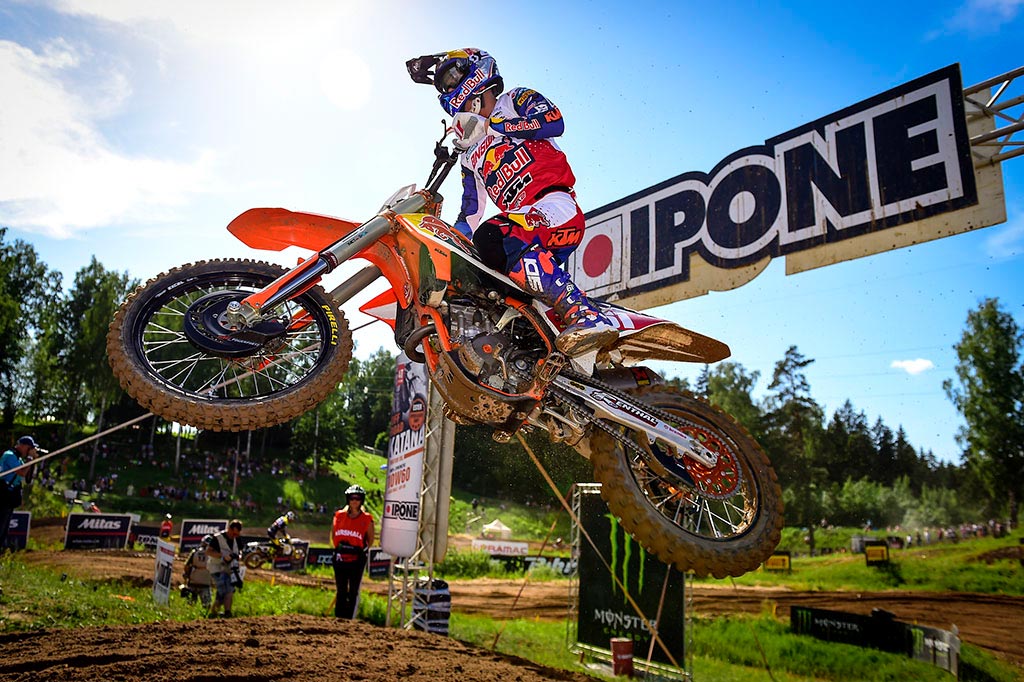 Jorge Prado
Championship leader Jorge Prado did what he does every week, with a strong showing to win the MX2 qualifying race from start to finish. The Spanish rider will now go into tomorrow‰Ûªs two races with the same confidence he has shown on so many occasions this year. He had a kind of perfect day topping both the free and time practice and grabbing his 5th MX2 Qualifying win of 2019.

The MX2 qualification race started with Prado into the lead on the first corner and Thomas Olsen coming through to second place after batting with Tom Vialle.

Vialle was under attack first from Olsen and then from Monster Energy Kemea Yamaha Official‰Ûªs Ben Watson who made easy pass. In the meantime the pair of F&H racing Riders Henry Jacobi and Adam Sterry battled for 6th until Jacobi moved briefly on 5th place and managed to finish in 4th.

Honda 114 Motorsports‰Ûª Mitchell Evans hadn‰Ûªt even started the race due to a shoulder injury but expected to be racing tomorrow, Monster Energy Kemea Yamaha Official MX2‰Ûªs Jago Geerts and Bas Vaessen, Darian Sanayei were at the back of the pack after a crash in the early going, as was Davy Pootjes. 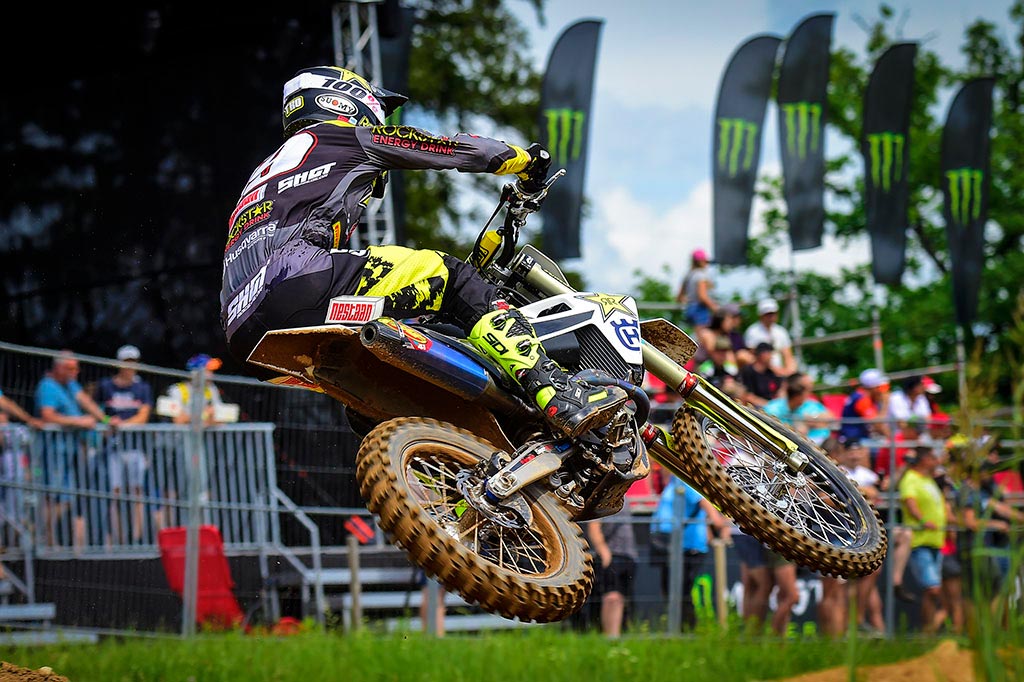 Thomas Kjer Olsen
As Prado clocked off the quickest lap times of the race, Watson moved up from seventh place and into third. Vialle had dropped outside the top ten as he fell down and Geerts moved into the top 15 with a strong comeback after a bad crash at the start of the race. Prado ended up winning the race by more than 10 seconds over Olsen and Watson back in third place.

‰ÛÏIt was a good race. The track was tough, bumpy, but I enjoyed riding," Prado said. "After a good start it was easier, and I found a good flow in the track. I hope to do well tomorrow. Two years ago, I missed the podium, I had the same points as the third placed guy and last year I won the Saturday qualification race, but Sunday I missed the podium again. Hopefully we can get two races wins tomorrow and get on the podium tomorrow.‰Û 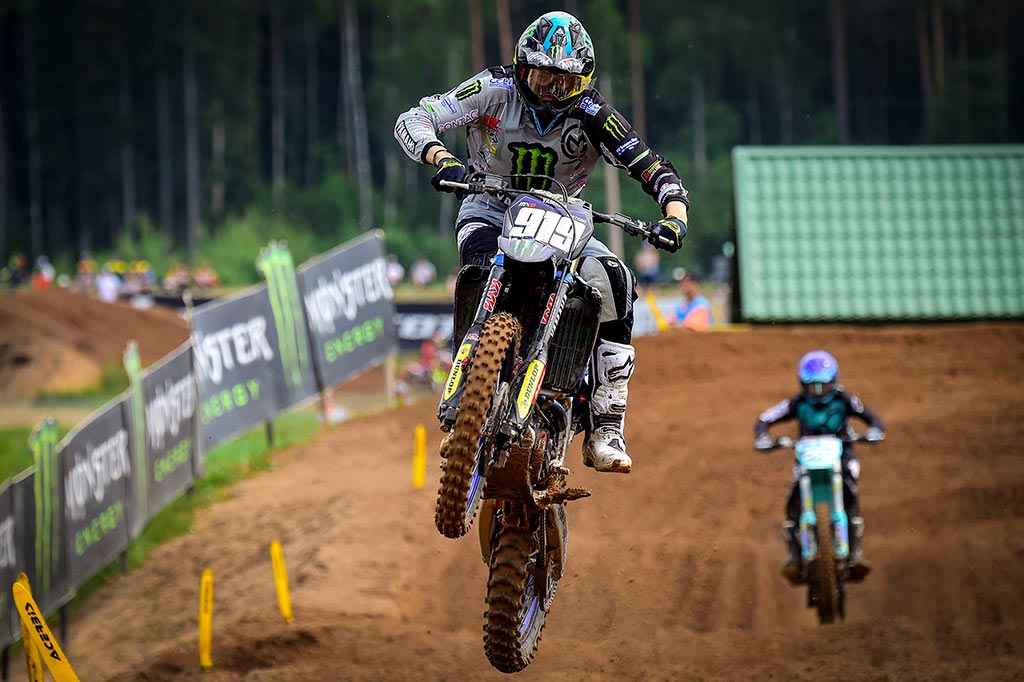