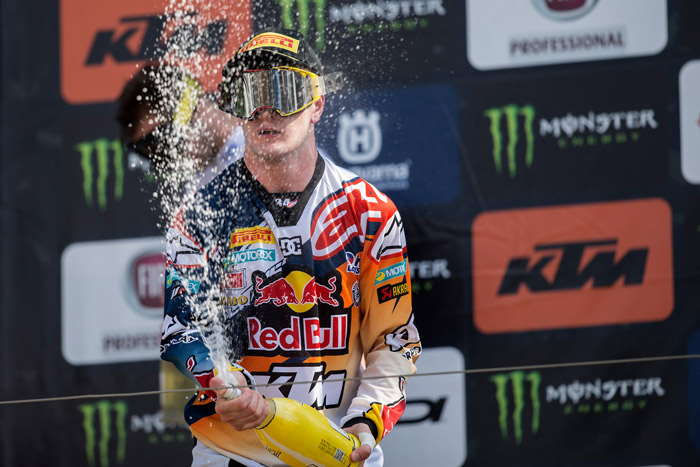 Red Bull KTM Factory Racing‰Ûªs Jeffrey Herlings has extended his contract to ride with the factory team through 2020.

The contract was agreed and signed with KTM Motorsports Director Pit Beirer yesterday after Herlings spent the day at the company‰Ûªs new Motorsports Building at Munderfing, Austria.

Jeffrey Herlings, who will be 22 in September, already had a fixed contract with KTM until the end of 2017, but this has now been updated to be a long-term agreement with the Dutch rider. The two-time MX2 world champion will move up to the MXGP class as of 2017.

‰ÛÏI‰Ûªm really happy to be with the KTM family." Herlings enthused. "I‰Ûªve already been there since 2009 and I‰Ûªm very happy to extend my contract. Hopefully we will have a lot of championship titles and a lot of wins together.

"I will try to win as much as possible and I am thankful to have this chance. It‰Ûªs an opportunity and we‰Ûªll try to make the best of it. This will be my last year in MX2 and I‰Ûªll try to win the title.‰Û