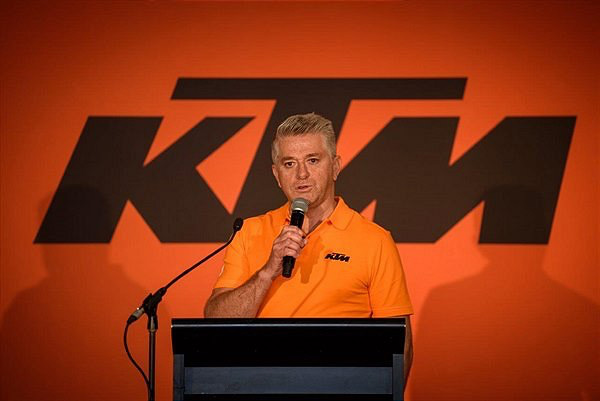 Jeff Leisk will leave his role as general manager of KTM Group handing the reins to Brad Hagi who is currently President KTM Southeast Asia.

After more than 25 years of association with the KTM and Husqvarna Motorcycles brands, current KTM Group General Manager Jeff Leisk has announced that he will be retiring from an active role with the KTM Group at the end of the first quarter next year.

Jeff will leave his role as general manager of KTM Group handing the reins to Brad Hagi who is currently President KTM Southeast Asia. Jeff will remain with the company until the 1st April 2020 to ensure a smooth transition.

A former multiple Australian motocross champion and world ranked number 2 by the FIM in 1988, Jeff moved into the corporate world in the early 1990s and worked with KTM as an ambassador before taking a full-time role within the business in July 2000.

‰ÛÏIt has been an incredibly enjoyable and rewarding experience for me and I am grateful for the support that I have received and the friendships that have been built with our customers, dealers and of course the media‰Û