Jeff Emig Returns Down Under For Husqvarna Motodevelopment Masterclass 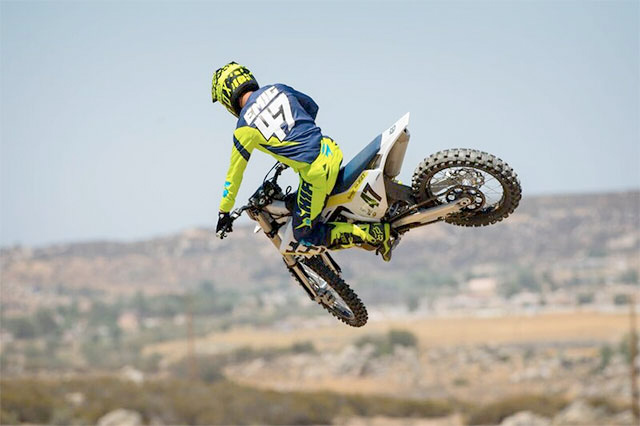 Husqvarna owners can learn from one of the most knowledgable identities in the business at this year‰Ûªs two MotoDevelopment Masterclasses when Jeff Emig features as a special guest.

In an exclusive coaching opportunity only accessible to riders of Husqvarna motocross weaponry, MotoDevelopment has signed the four-time AMA Champion to coach its Broadmeadows Masterclass on November 8, and at its Appin Masterclass a day later.

There he‰Ûªll work alongside Australian motocross coaching specialists Chris Urquhart and Shane Booth, in a curriculum designed to make riders of any ability level both faster and safer.

Kansas native Emig was the only man to defeat Jeremy McGrath during his reign at the top of US supercross in the 1990s, and he represented the US MXoN team on six separate occasions ‰ÛÒ three of them victoriously. He remains heavily involved in the sport via coaching and television commentary, and has a wealth of information to share with aspiring racers.

‰ÛÏWe started off MotoDevelopment Masterlass with Byrner (Michael Byrne) back in the day and as he and Emig are really good friends we connected.
Chris Urquhart, Director, Motodevelopment Husqvarna Motocross Training explained. " We did one with him about three years ago and he‰Ûªs been super keen to come back, and with his new Husqvarna Motorcycles alignment and ours it works even better.

"We‰Ûªll do a couple of venues and then take him to the Sydney Supercross. It‰Ûªs gonna‰Ûª be great!

"With all his commentary in the AMA supercross and his long history winning races - he was the only guy to beat McGrath who was the greatest supercross racer ever ‰ÛÒ he just brings so much to the table. It‰Ûªs always an interesting conversation with him, that‰Ûªs for sure, and our riders will get the chance to tap into that experience on November 8 and 9.‰Û