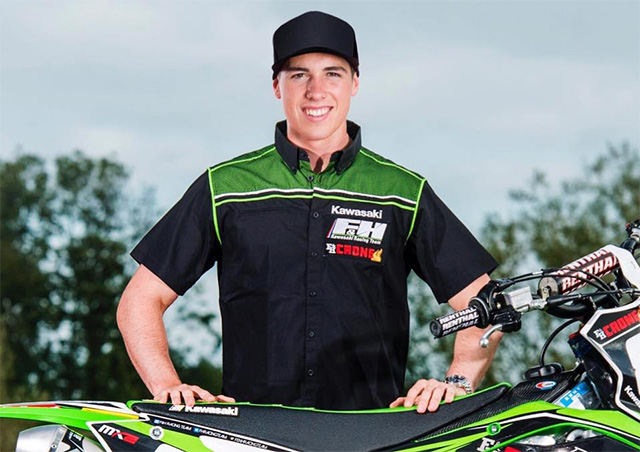 F&H Kawasaki has signed Aussie Jed Beaton to join the recently announced Adam Sterry under the team‰Ûªs awning for the 2018 season to contest the MX2 World Championship.

After winning the MX2 Australian MX National title in 2016, Jed had the opportunity to race the EMX250 series with with the Carglass-Hond as a rookie in 2017. Beaton put in some impressive rides throughout the course of the season and finished fourteenth in the series despite missing two rounds due to injury.

At the final round of MX2 series, Beaton impressed at Villars Sous Ecot and got himself on the podium with a third overall. The Aussie will be hoping to get back on the podium in the 2018 season with the support of the F&H Kawasaki team behind him.

"I'm really excited about signing with the F&H Kawasaki Racing Team," Beaton said. "It's a very good team and I‰Ûªm keen to see how the team and I can build coming into and through the 2018 season.‰Û