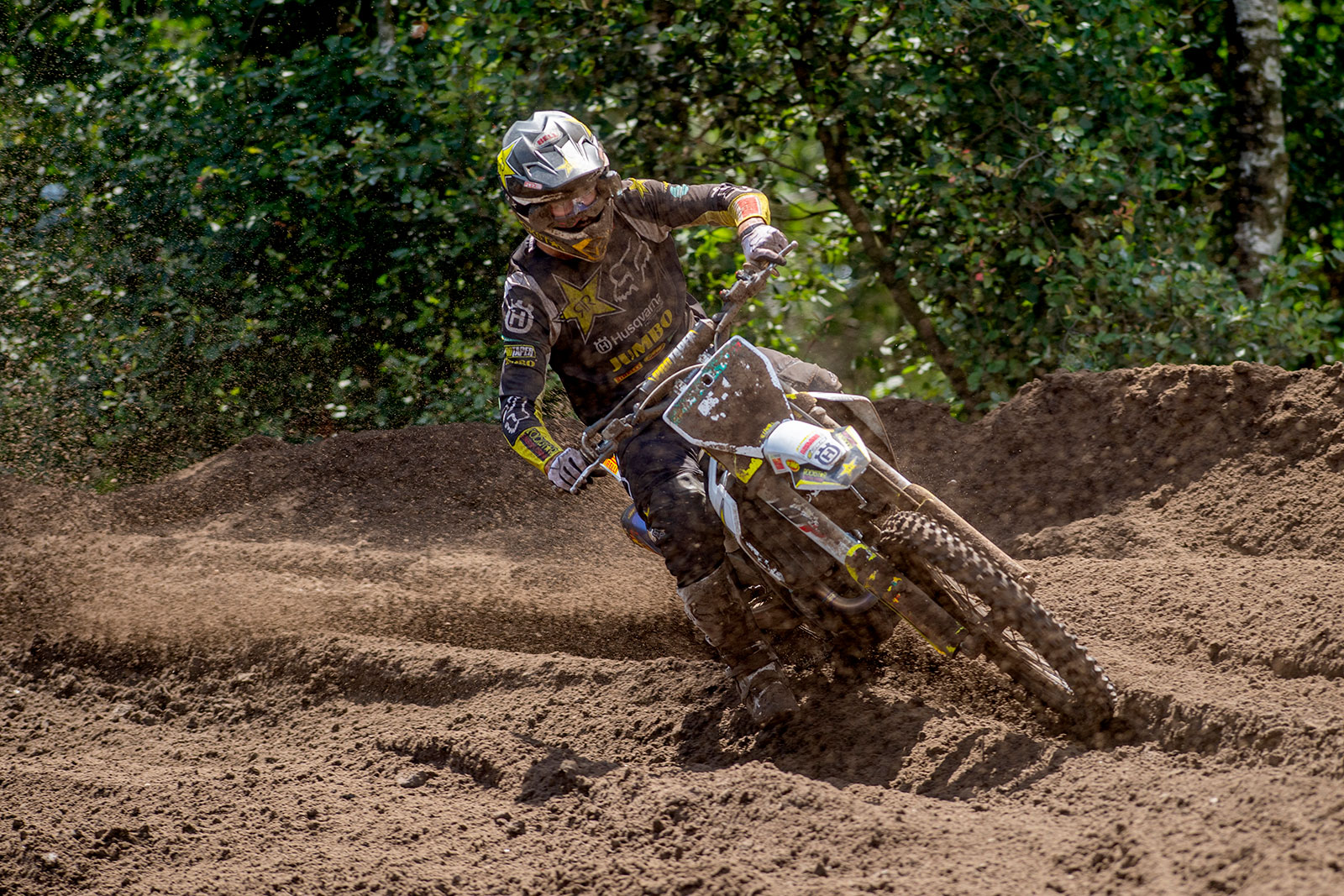 In his first competitive motocross race since the MXGP of the Netherlands back in March Beaton enjoyed a top-three result, placing third in moto one.

The Australian made a strong start in race one, ending the opening lap in third place. Among a frantic group at the head of the field, Beaton powered into first position on lap four as he led many of his MX2 World Championship rivals. Slipping back to third place he kept the lead riders in sight during the remaining laps of the race.

Race two in Arnhem was somewhat uneventful for Beaton. After working on his starts over recent months, he fired out of the gate and ended lap one in a strong fourth place. At the midway stage of the race he was in sixth, shadowing his teammate Thomas Kjer Olsen who later tipped over on the final lap, gifting fifth position to Beaton. With his 3-5 moto finishes, Jed placed fourth overall.

‰ÛÏIt was great to be back racing today and get some gate drops ahead of the GPs starting again," Beaton said. "It‰Ûªs been a long time since we‰Ûªve been racing so the nerves were back and it was good to get them out of the way before Latvia in two weeks. I rode a little tight in the first moto, which is to be expected after so much time off the bike. It was great to lead some laps during the middle part of that race. I‰Ûªve been working on my starts a lot lately and that showed today, two good starts and I tied for third overall with almost all of the MX World Championship riders so I‰Ûªm really happy with where I‰Ûªm at.‰Û