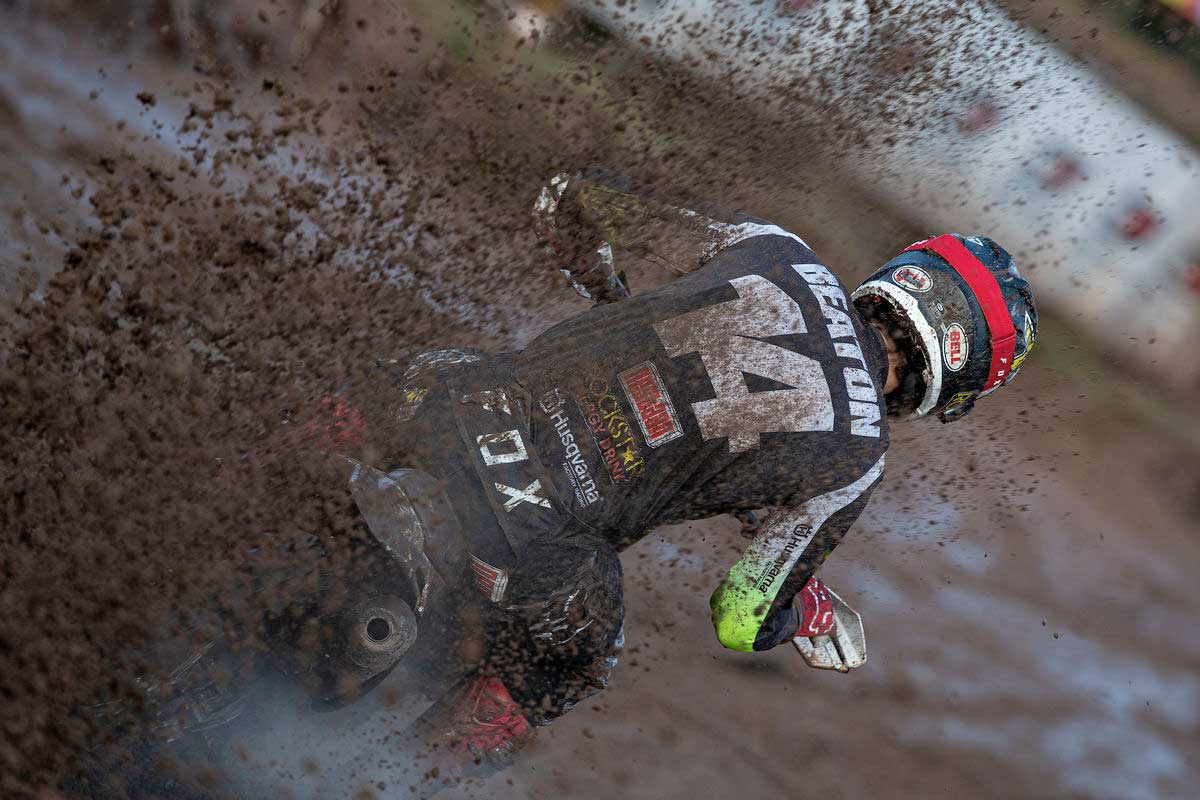 Despite hugely challenging weather and difficult, sandy track conditions Beaton showed impressive speed around the iconic British circuit. Beaton kicked his day off with a seventh-place finish in race one. Charging his way forwards from 20th, despite the near torrential rain, he broke inside the top 10 for a hard-fought seventh.

Saving his best until the day‰Ûªs second MX2 moto, Beaton had a much more straightforward race compared to the rain-lashed first race. From a mid-pack start he quickly worked his way into third and then into the runner-up position where he remained alone for many laps before eventually securing a deserved second-place result for fourth overall. 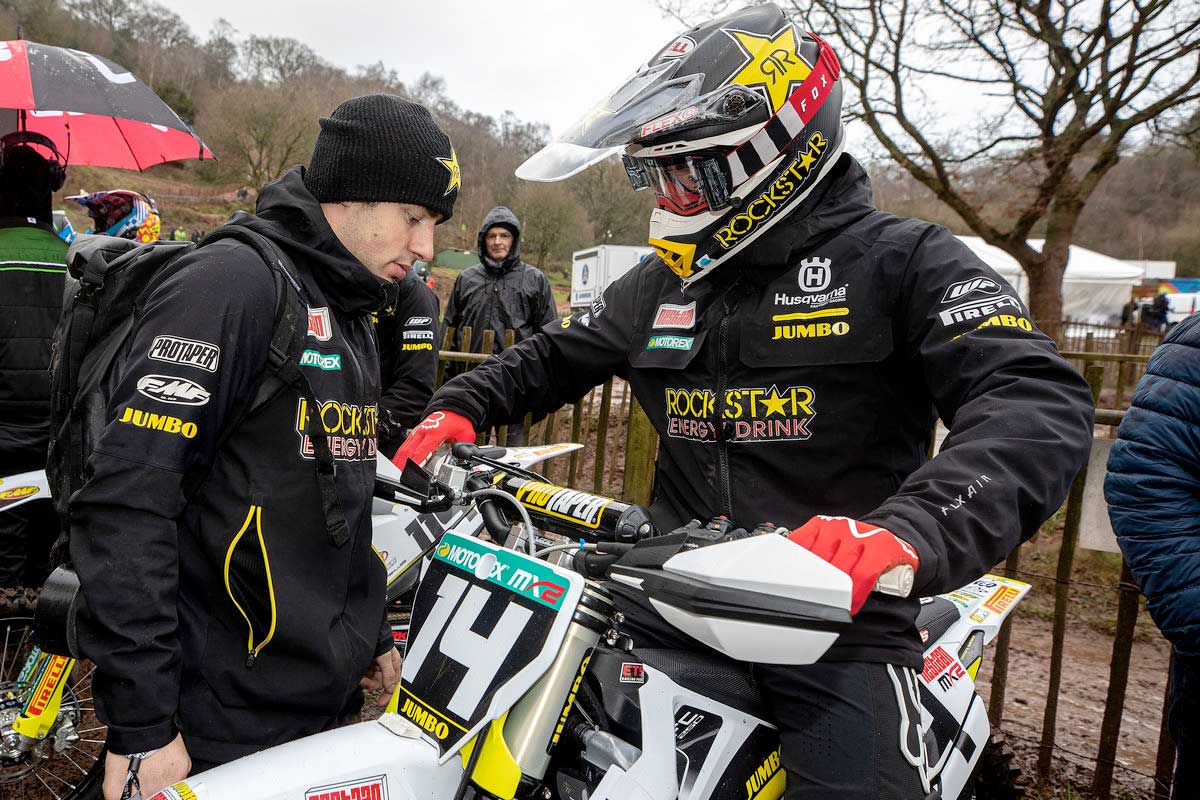 Jed Beaton. Photo: Ray Archer
‰ÛÏToday was my first race in quite a while so I was easing myself back into it," Beaton explained. "I got off to a really bad start in race one and with the heavy rain it was a tough opening few laps. I managed to get into a rhythm and started moving forward. It was raining the whole time so it was a bit of a miserable moto, but it was good to be racing again.

"The second moto was much better. I got off to a much better start and managed to avoid some chaos in the second turn. That put me into fifth position and then I made a few passes and moved into second. By the time I got there, the leader had checked out. It was great to be in second and ride my own race, which I held to the flag.‰Û 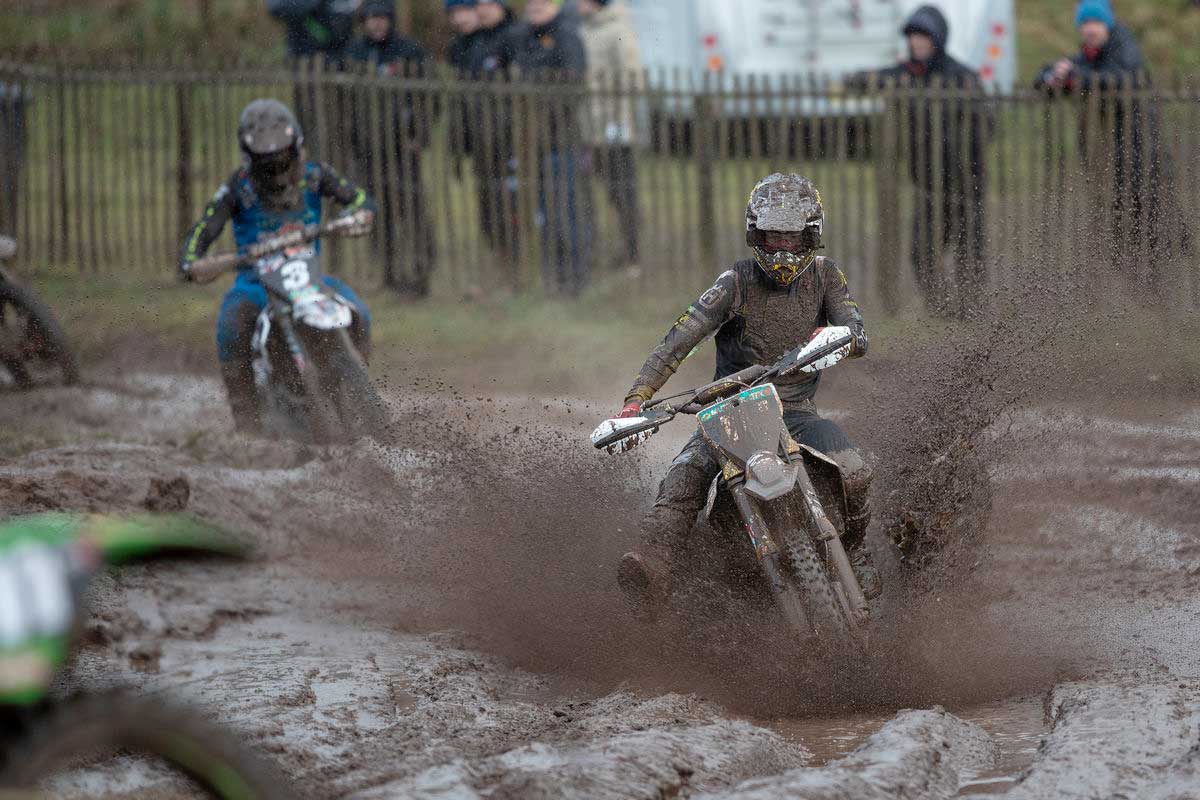