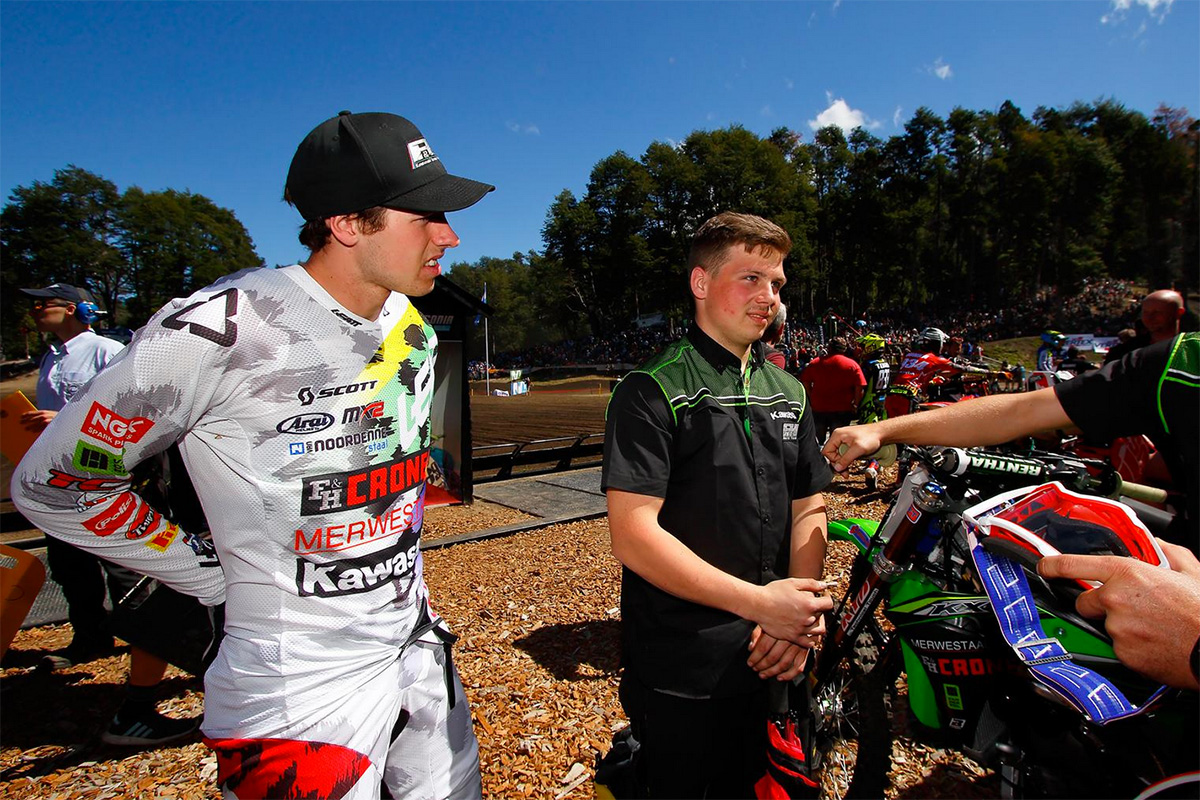 Jed Beaton made an impressive start to his MX2 debut with a 5th overall.
Jed Beaton secured an impressive fifth place in his first ride for the Kawasaki F&H Racing Team in the opening round of the FIM World MX2 Motocross Championship at NeuquÌ©n in Argentina.

After qualifying an impressive 11th fastest in his debut on Saturday the Tasmanian had a good amount of confidence going into Sunday's two motos.

Faced with a brand new challenge as he had never raced previously in Argentina, the twenty year old adapted quickly and, though hoping for better starts, showed great resolve to advance with determination in each moto.

In the first race he took seventh place, just two seconds away from fifth place, from an initial running spot of ninth, while in race two he moved forward three places from eleventh on the opening lap to finish eighth for an on debut notch up an impressive fifth overall.

"It was a good GP and I'm pretty happy with the result; my starts were not very good and that‰Ûªs something we need to work on before Valkenswaard," Beaton said. "It was my first time at this track which looked like it had a lot of grip but in fact it was hard and slippery and it took me a while to get used to it. It was difficult to feel the track, but Valkenswaard will be different as I raced there last year in the EMX 250." 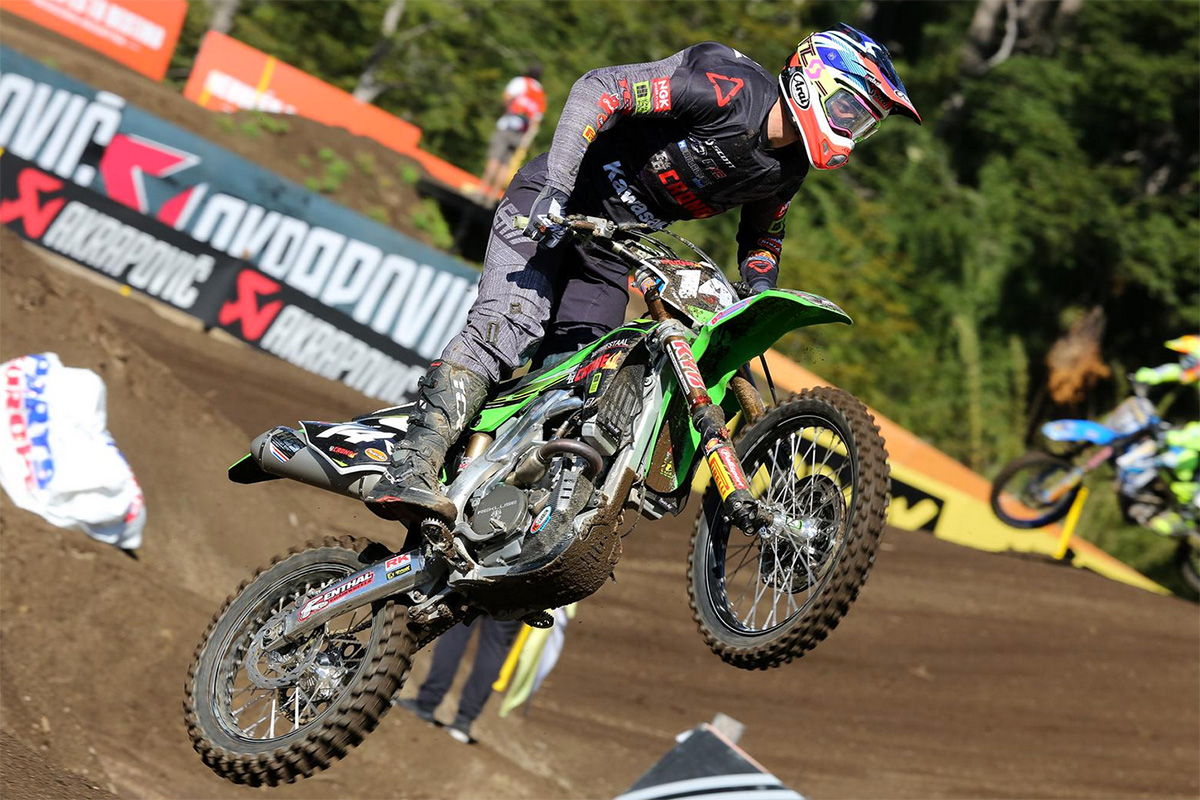 Jed Beaton made an impressive start to his MX2 debut with a 5th overall.
Teammate Adam Sterry was unfortunately hampered by a finger injury from Saturday but persevered to open his points account for the year with thirteenth in race one.

Darian Sanayei had an explosive opening to the season on the Bike It DRT Kawasaki to lead the opening moto for three laps and still hold fourth place until the fuel line was damaged by external forces. The young American made up for the disappointment with another superb start in race two to finish third, the best result to date in his young GP career.

"I felt pretty good coming to this GP, We had some issues in the first race but overall I'm happy with what we did with our new bike," Sanayei said. "I was riding well in the first moto, and was leading for a few laps, which was great, but then I had to retire. In the second race I was around fifth at the start and finished third, which is my best ever moto finish and that‰Ûªs really positive.‰Û 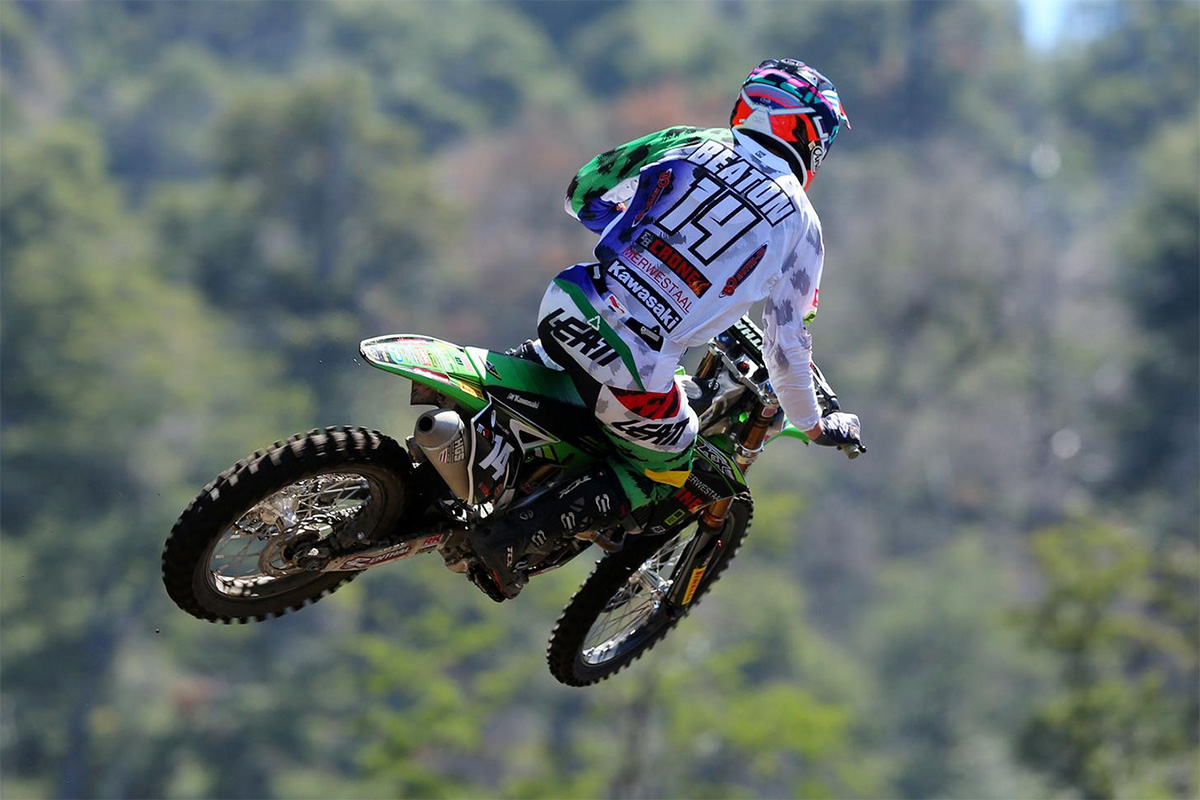 Jed Beaton made an impressive start to his MX2 debut with a 5th overall.