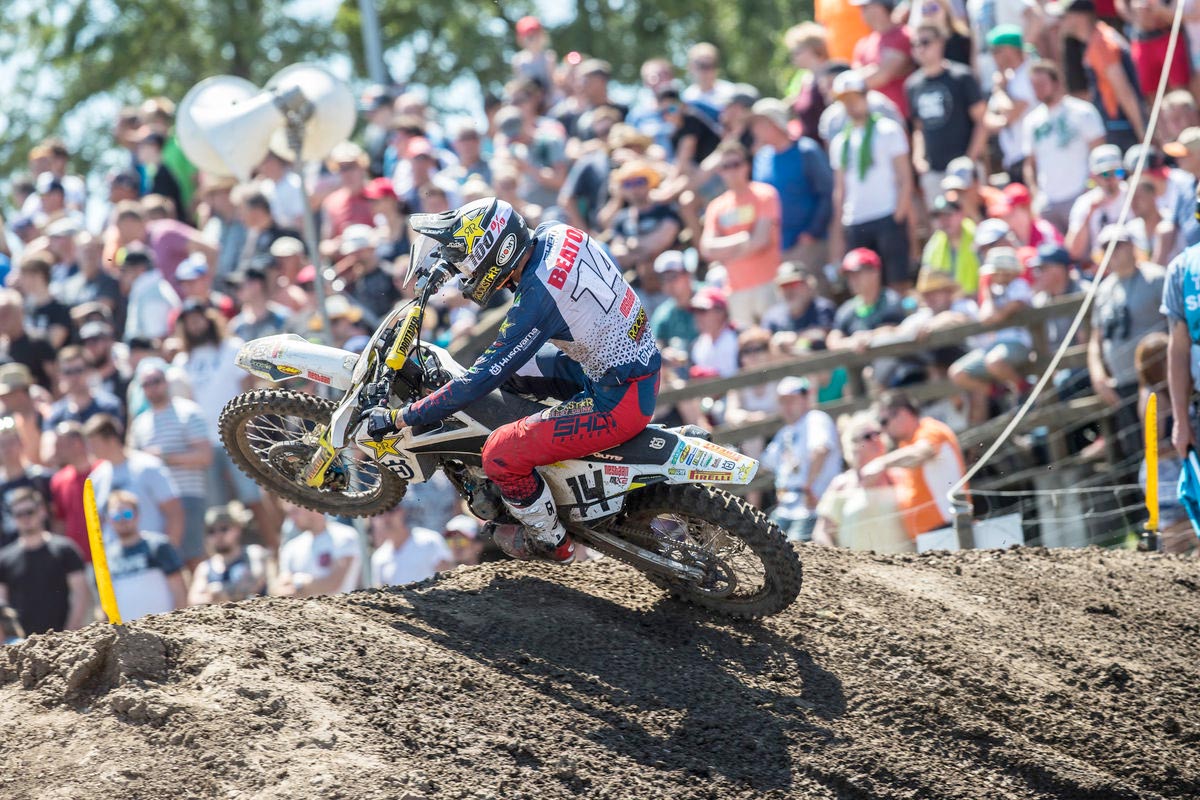 Beaton now sits in eleventh place in the MX2 championship standings after finishing sixth in Germany. Photo: Juan Pablo Acevedo
Jed Beaton enjoyed positive results at round 10 of the FIM Motocross World Championship, the GP of Germany at the Teutschenthal circuit.

After a tough weekend at the previous round in Latvia the Australian rounded out the day in Germany with 6-5 performances. Continuing to improve, the Beaton saw his first moto result affected by a fall. In moto two he briefly battled with teammate Thomas Kjer Olsen before finishing a well-deserved fifth. Beaton now sits in eleventh place in the MX2 championship standings. 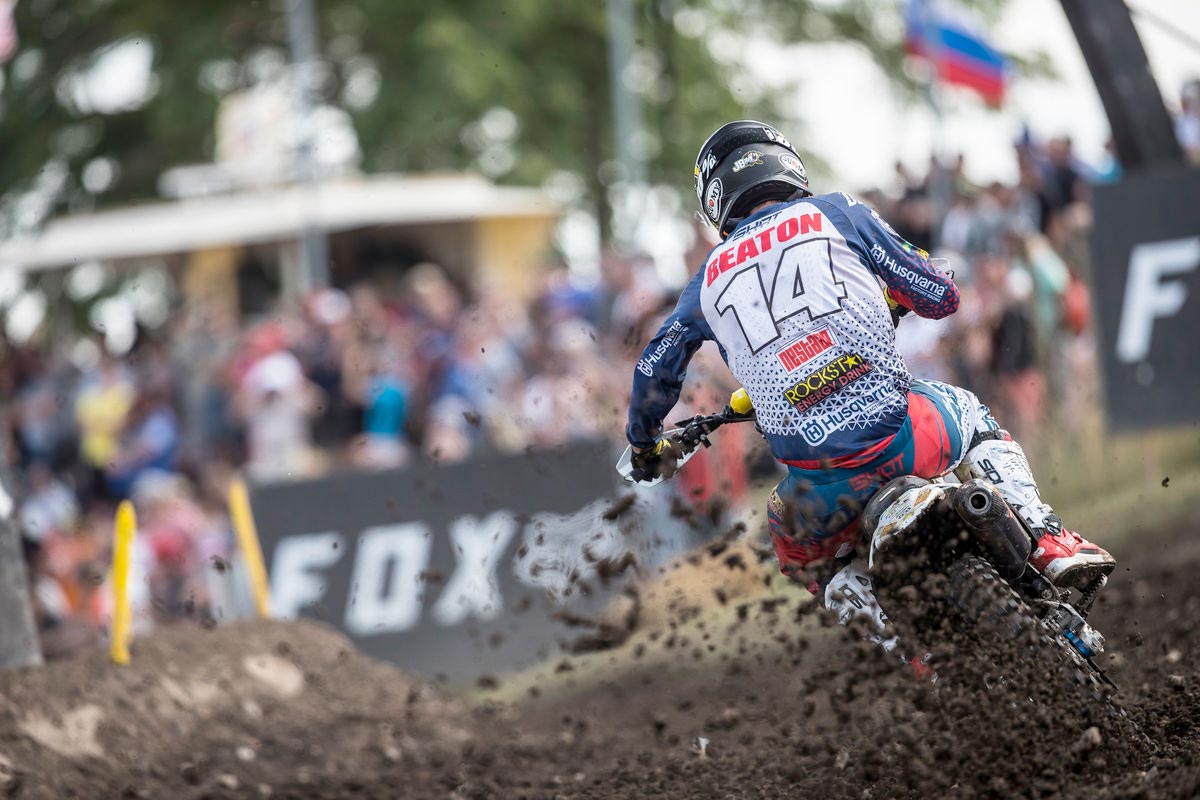 Beatron overcame a small crash on his way to sixth overall in Germany. Photo: Juan Pablo Acevedo
‰ÛÏI‰Ûªm really happy with the way things have gone this weekend," Beaton said. "To get sixth overall is another very important step forwards. I felt like both races were pretty similar really, just with a fall in the first moto that cost me some places.

"I didn‰Ûªt get the best of jumps from the start in either race, but I held a tight line around the first turn and made up some places. That put me around 10th and I just pushed hard from there. Falling in the first race cost me some places but overall I was pleased with my riding.

"Fifth in the second race was good ‰ÛÒ it‰Ûªs been a while since I‰Ûªve been racing with the guys near the front so it‰Ûªs just good to be back racing there. It‰Ûªs a really positive way to the end the GP. To be hitting some good form mid-way through the season is great. I‰Ûªm looking forward to the overseas races now, and hope I can build on today‰Ûªs results," he concluded.

Beaton will next be in action at round 11 of the FIM Motocross World Championship, the MXGP of Indonesia, on July 7. 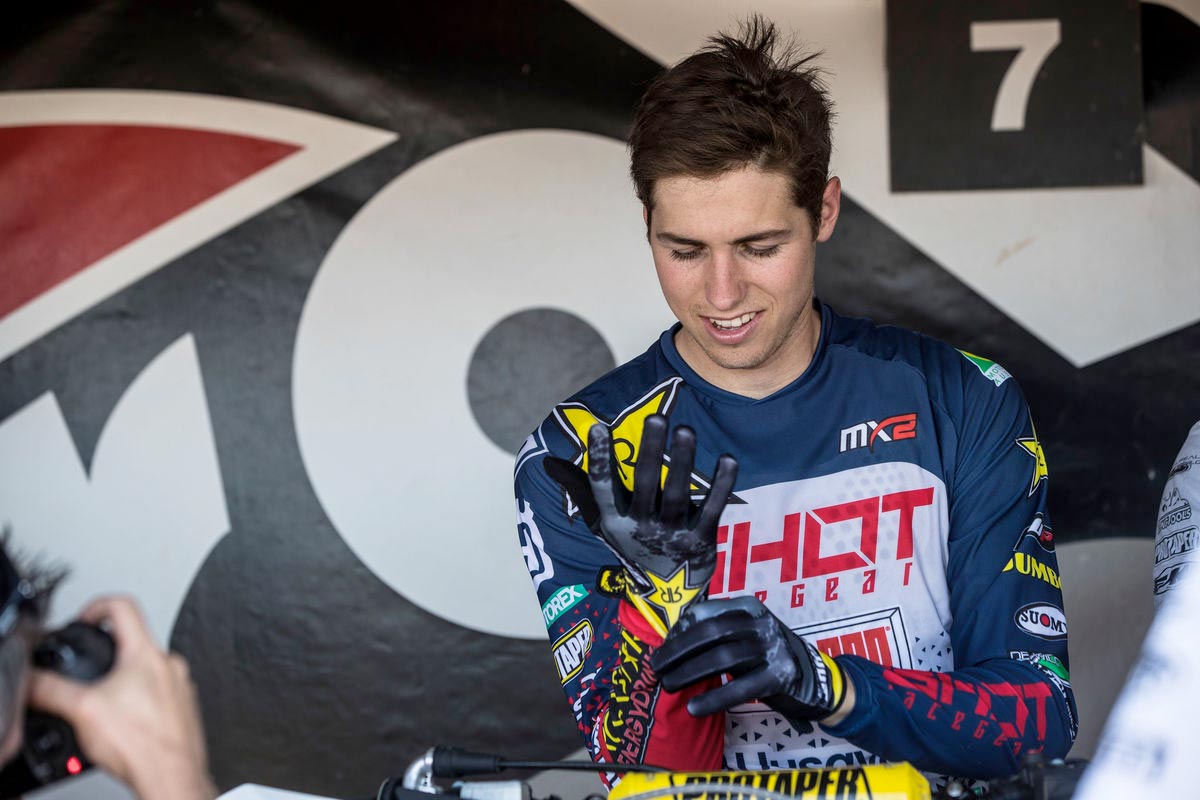