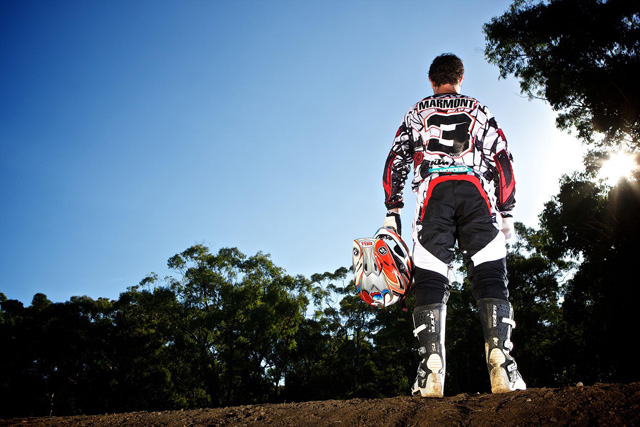 The JDR/KTM Factory racing team will head into the first round of the Monster Energy MX Nationals this Sunday the 1st of April with their eyes on a third straight championship win in the newly named MX2 class with a third different rider.

After PJ Larsen won the title in 2010, Matt Moss delivered championship success in 2011 and the team will look to keep the championships rolling in with a three rider attack in 2012. Josh Cachia and Brenden Harrison return to the MX2 class for the team for the second straight year while Ryan Marmont who campaigned the KTM 350SXF last year in the Pro Open class will step onto the 250SXF for 2012.

Marmont is no stranger to winning in the MX2 class, winning the title in 2006. Marmont has spent time with JDR Motorsports' American-based team earlier this season racing in the West Coast Lites division of the AMA Supercross and is excited to return to the Lites bike after a season in the Pro Open class last year.

"Racing in America was a good start to the year for me and hopefully the preparation will pay off in the MX Nationals," Marmont said. "I've been nursing a wrist injury recently, but I'm excited to get the season underway and really want to battle for this championship back in the Lites class for 2012."

After a successful first year in the Pro ranks in 2011 after winning the under 19s championship in 2010, Cachia heads into this season as a certain title contender, and he's solely focused on capturing his first pro championship for JDR.

"I'm looking forward to a healthy good season," Cachia said. "I spent a month in America preparing with the team over there and picked up some good speed, fitness and experience. I think this year with 10 rounds, the key for success will be keeping consistent."

Queensland Lites contender Harrison will sit out the opening two rounds after having a screw removed from his femur/hip injury last week, focused on returning at his best for the team when his injuries are healed and he has regained 100 percent fitness.

Main Photo: Ryan Marmont will look to replace the number three with the number one come seasons end.