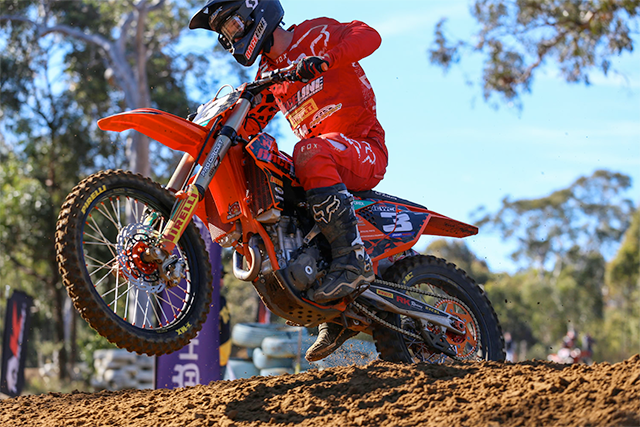 Raceline Pirelli KTM‰Ûªs Jayden Rykers put the KTM 250 SX-F team on the MX2 podium yesterday, racing to two outstanding moto finishes at Round 6 of the Motul MX Nationals at Nowra in New South Wales, concluding the round in an impressive third overall

Following a lengthy five week break, team riders Rykers, Morgan Fogarty and Jay Wilson headed into the weekend‰Ûªs event looking to put on a positive performance, but it was Rykers who shone in both motos yesterday, eventually concluding the round in an impressive third overall.

Despite starting the morning by qualifying in ninth position, when gates dropped on race one at Nowra yesterday, Rykers collected the first Raceline holeshot then wrapped up the moto in second place. In moto two Rykers charged to sixth place and thanks to two consistent finishes he was awarded third overall for the round.

‰ÛÏThe round was good, we made some positive changes and they worked. Qualifying was a bit rough as I missed that first lap with traffic, and that was when the fast laps were,‰Û 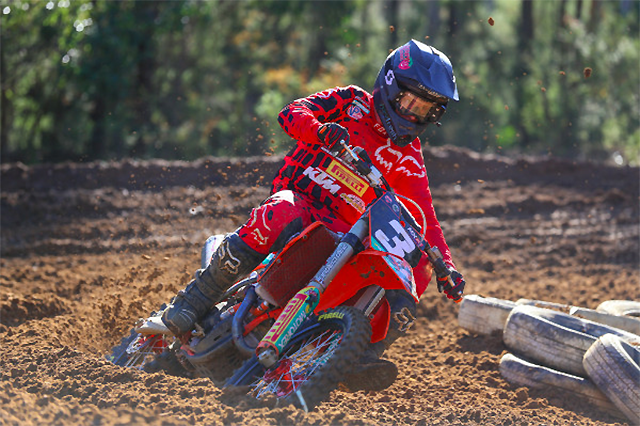