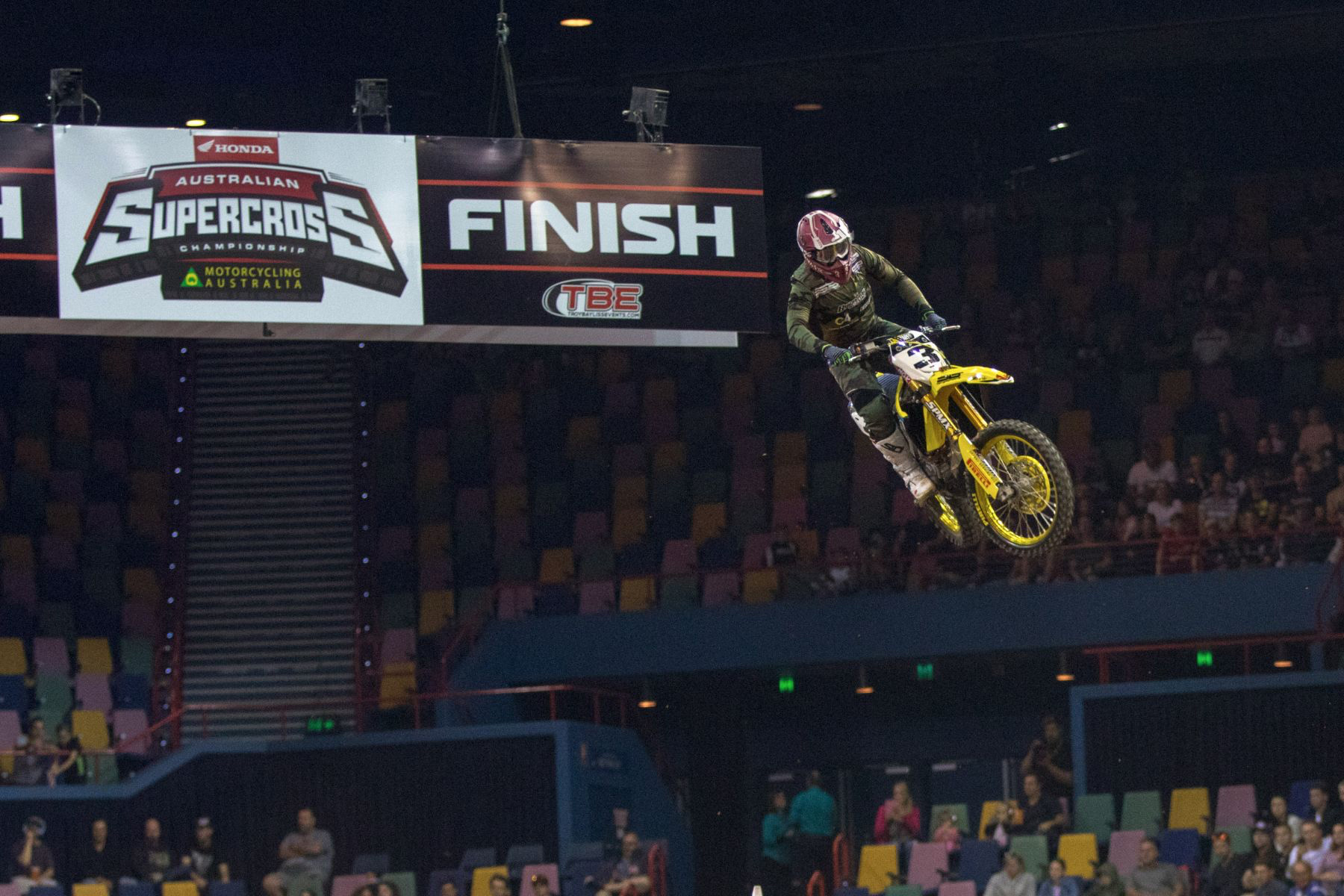 Jayden Rykers. Photo: Aaryn Minerds
Jayden Rykers has lead a solid night of racing for the SB Motorsports Suzuki ECSTAR Racing team at the opening round of the 2019 Australian Supercross Championship held at the Brisbane Entertainment Centre on Saturday the 12th of October.

On a tight indoor track that produced and average lap time around the 24 second mark, racing was always going to be tough and rugged, add in the fact that there was only 10 start gates available at the indoor arena qualifying just to make the night show was set to be a feat in itself.

Both Rykers and Cody Dyce kicked off their 2019 SX campaigns with great qualifying results in the SX1 class, with Rykers posting the 8th quickest time and Dyce just one tenth of a second back in 12th.

Both RM-Z450 pilots lined up in Heat one, where only the first four riders would transfer direct to the nights double header finals.

Rykers powered to a 5th place start, while Dyce got caught up in the first turn and was near last down the first rhythm section.

While Rykers went to work on making his way into the final transfer position, Dyce carved his way through the field and with just over a lap to go the Suzuki duo sat in 5th and 6th positions. 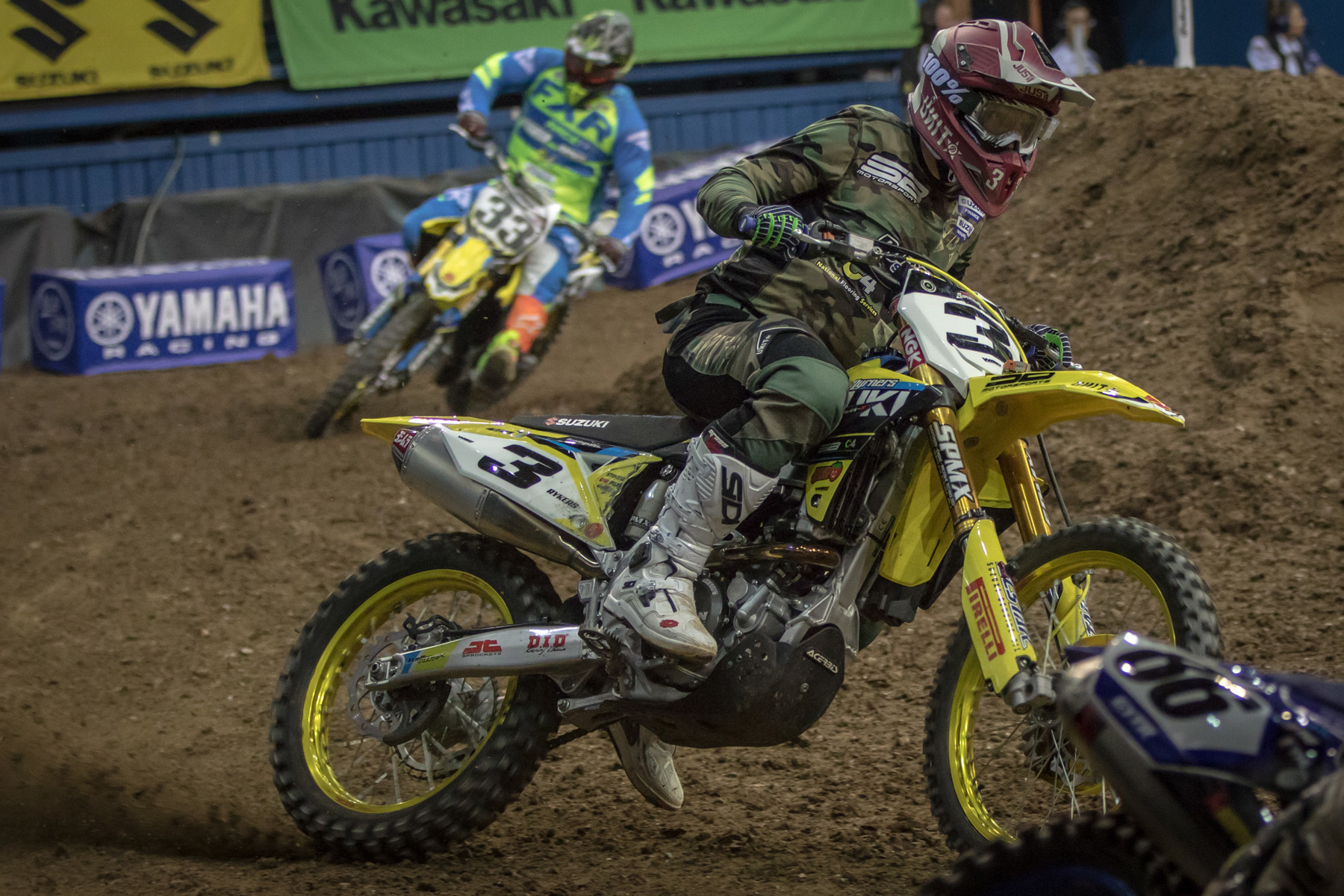 Jayden Rykers. Photo: Aaryn Minerds
On the final lap, after making numerous attempts, Rykers made a decisive move in the second to last corner to secure the final spot out of the heat for the nights finals, while Dyce was left to go to the last chance qualifier that also doubled as the B-Main and the final points paying positions for the round.

Unfortunately for Dyce, although he was able to move forward through the field again in the B-Final, the close proximity racing seen him caught up with other riders, leaving him to finish the night in a very respectable 16th position.

Rykers opening final was a bruising affair as Australia top ten SX1 racers battled for glory. Running mid pack, the West Australian ran high in a turn opening the door for a competitor who ensured the pass was made, leaving him to re-enter the track in 10th position.

Rykers once again had himself in a good position in the second final, holding down 6th position for the majority of the race, before crossing the finish line in 7th, leaving him with a great 9th place result for the round.

‰ÛÏOverall I have to be happy with tonight‰Ûªs result, my goal was to make it through the opening round ready to move onto round two and we more than achieved that," Rykers said.

‰ÛÏMy start was not too bad in my heat race, and I spent the whole race looking for a way around Evans for the final transfer spot, with two turns left I was able to make the pass. It was a relieve just to get through to the main straight from the heat, with only ten gates for the nights final I did not want to be in the LCQ fighting for one of two spots.‰Û 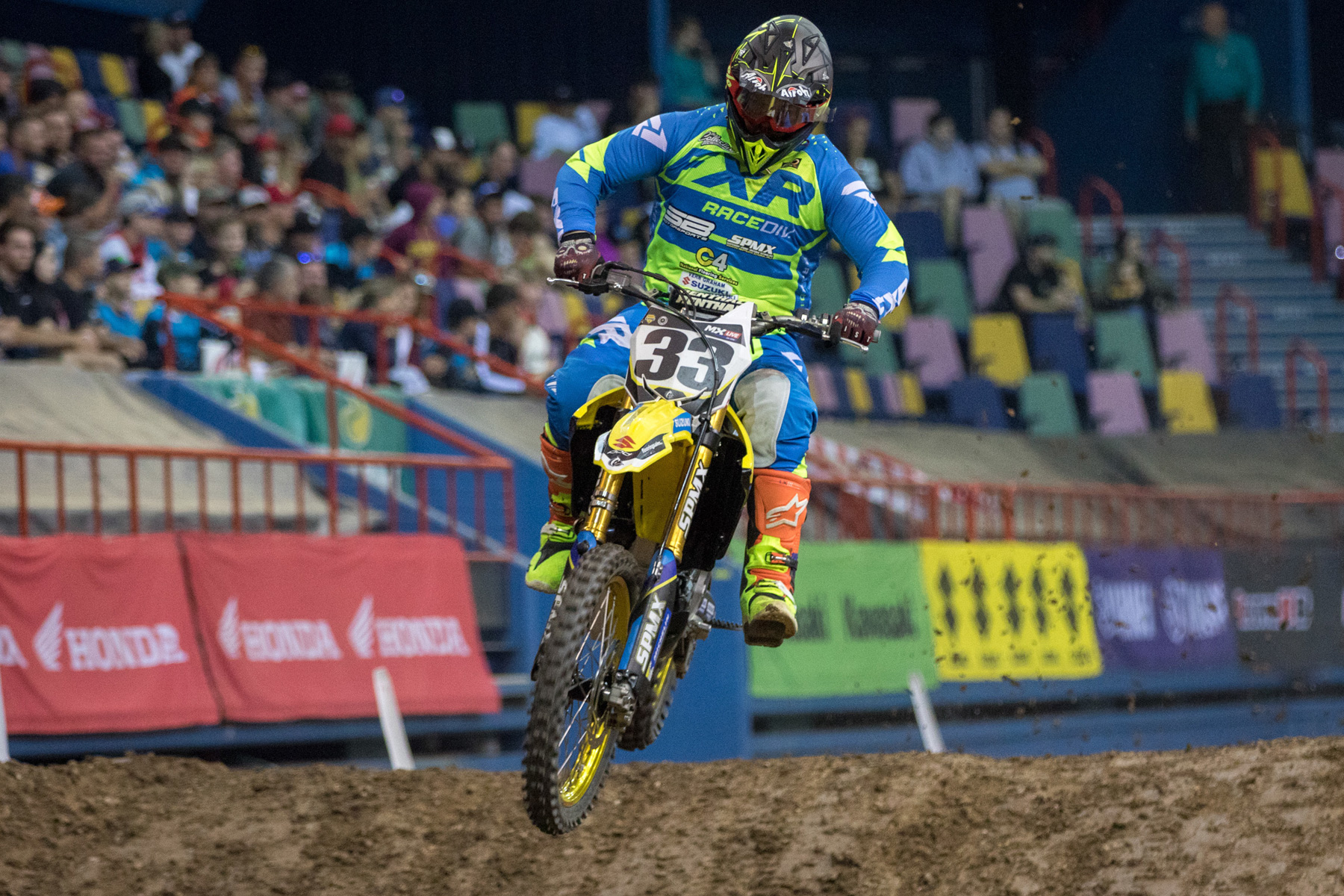 ‰ÛÏI am not super happy with my final result, but at the same time happy to make it through round one and be heading to round two," Dyce said.

‰ÛÏMy speed was good all night and I was able to make a lot of passes in my heat, but with only ten gates 5th was one position short.

‰ÛÏThings did not go my way in the LCQ, with only two riders going through it was always going to be a battle. I am looking forward to heading to a bigger track next week in South Australia.‰Û 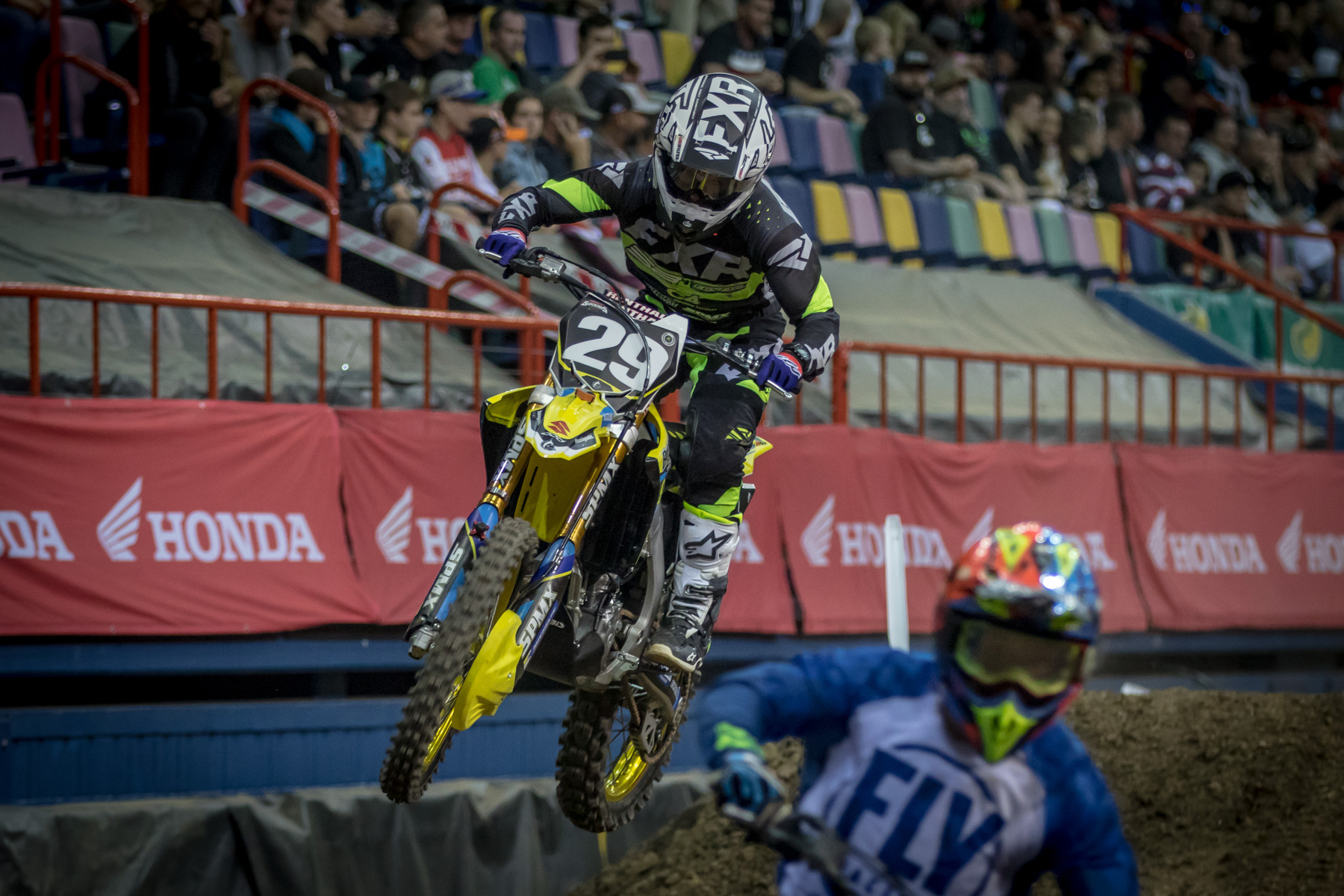