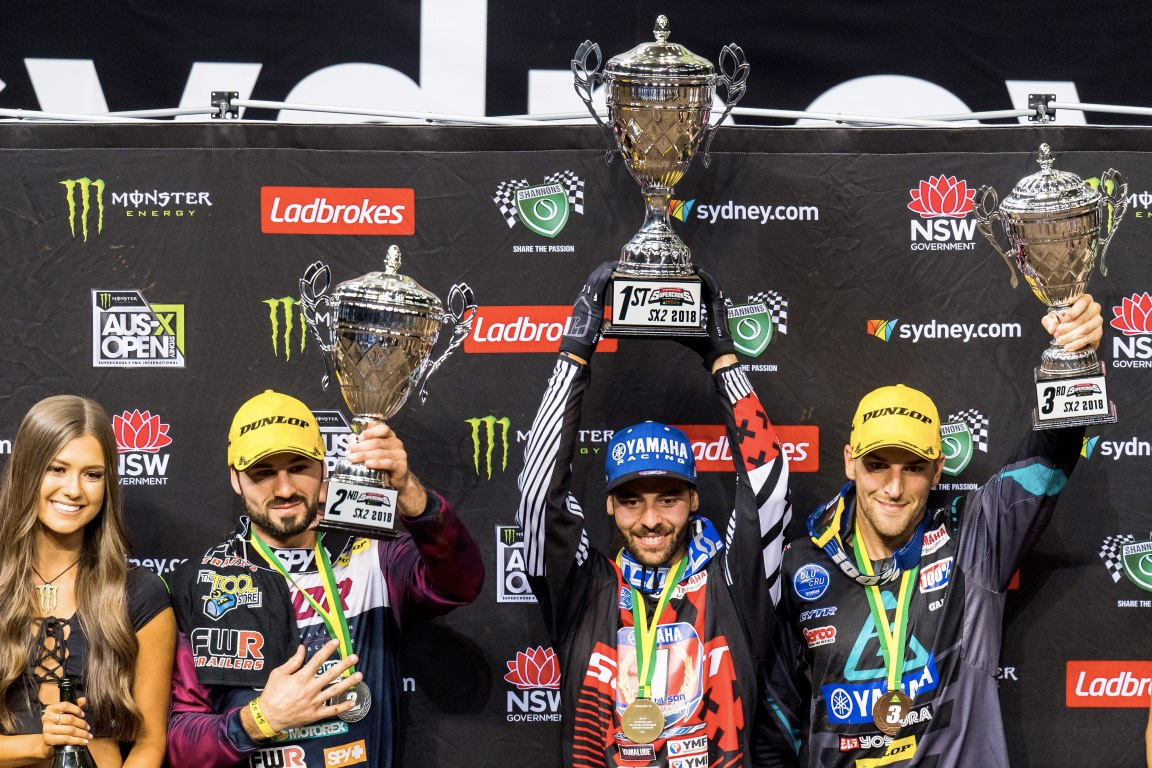 Jay Wilson crowned SX2 Champion for 2018
Jay Wilson has won the 2018 Australian SX2 Supercross Championship after a nail biting fifth and final round of the series concluded before a capacity crowd at the AUS-X Open at Qudos Bank Arena in Sydney, on Saturday Night.

The Yamalube Yamaha Racing rider carried an 11 point lead in the championship over Hayden Mellross and only 13 points separated the top four riders but with the final round in the tight confines of Qudos Bank Arena and the triple final format, it was anything but a foregone conclusion as it went all the way down to the wire in an epic nights‰Ûª racing.

Drama started for Wilson in the Friday night qualifying when he lost traction on the way to the finish line jump and the bike skewed sideways before spitting him over the handlebars and into the huge metal up ramp. The result was a badly twisted bike, a very sore wrist and hip but with some quick panel beating he was back on the track and was able to pull down the fourth fastest time for the night.

But come Saturday morning, the effects of the crash were more obvious as he was clearly sore and tentative on the track in the afternoon session. He then didn‰Ûªt get a great start in his heat race and missed out on a top four finish and a direct passage to the main event.

It was then onto the last Chance Qualifier and the nerves were at breaking point, miss a top four finish here and it‰Ûªs all over for the night and the championship. But he gathered enough composure to secure the fourth and final spot into the SX2 main events and keep his championship hopes alive. 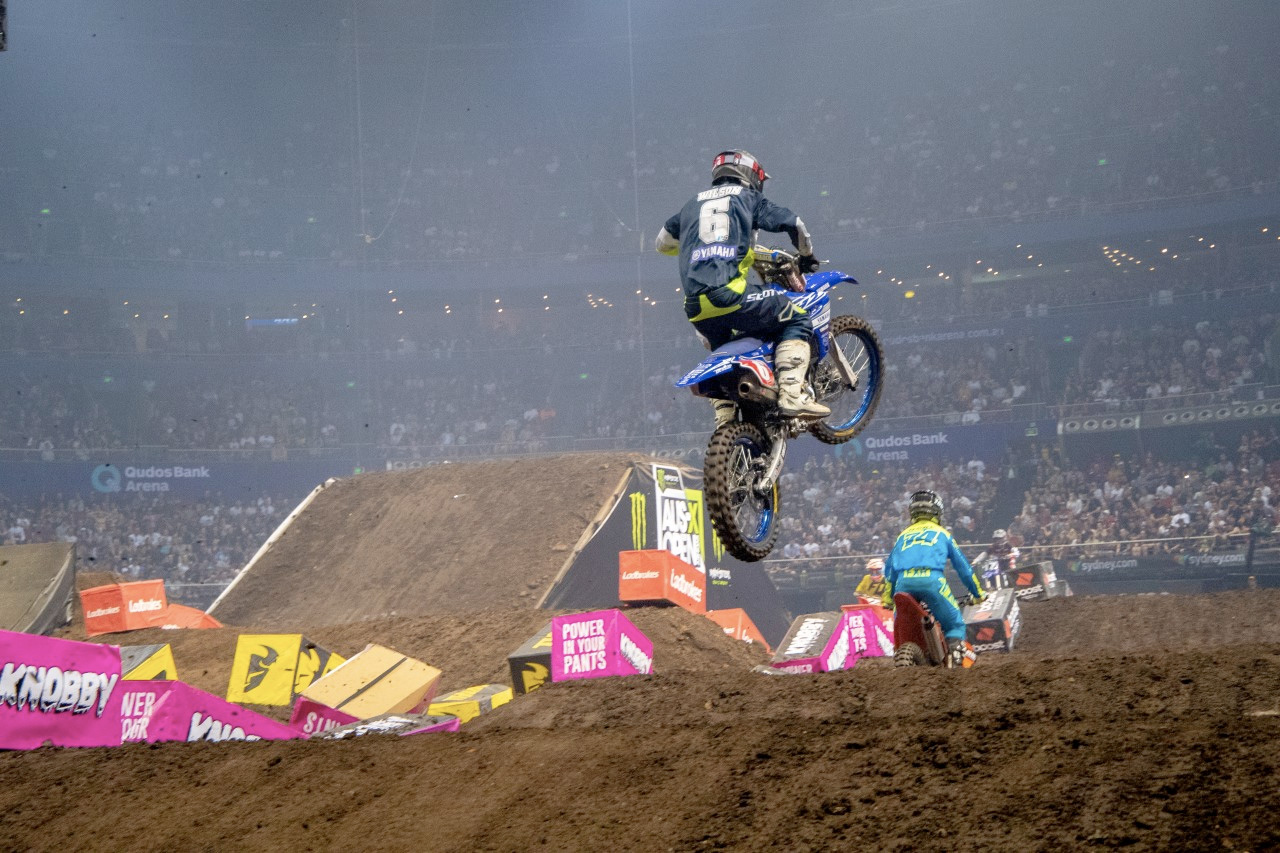 Jay Wilson did it the hard way but at the end of the night was crowned 2018 SX2 Champion
From here, the equation was simple. If Mellross won the night, Wilson would need to finish sixth or better. He needed to simply slot in behind Mellross in each of the three finals and the championship was his, but the chaos of indoor racing means that is always easier said than done.

With the last pick of the gate and on the far outside of the track, Wilson still had plenty of work to do if he wanted to bolt up a number 1 plate to his YZ250F at the end of the night. Main event one was just a mad scramble of bikes and riders banging bars and locking horns. Wilson came home in eighth place but with Mellross only landing in fourth, the damage was minimal.

Race two and Wilson managed to miss the carnage on the front straight that saw several riders go down and move himself into the top three. He assessed the situation well, was aware of who was around him and came home in fifth. Heading into the final race of the night, Mellross was in third place and Wilson in fifth so he just needed a top 10 finish in the final race and the championship was his.

And that is exactly what he did. He stayed out of trouble and cruised over the finish line in seventh place and secured the championship by six points after an enthralling night of racing.

‰ÛÏI‰Ûªm not going to lie, that was just terrible riding and the worst I have raced for in so long, but we got through the night, got the championship done and I just couldn‰Ûªt be happier,‰Û 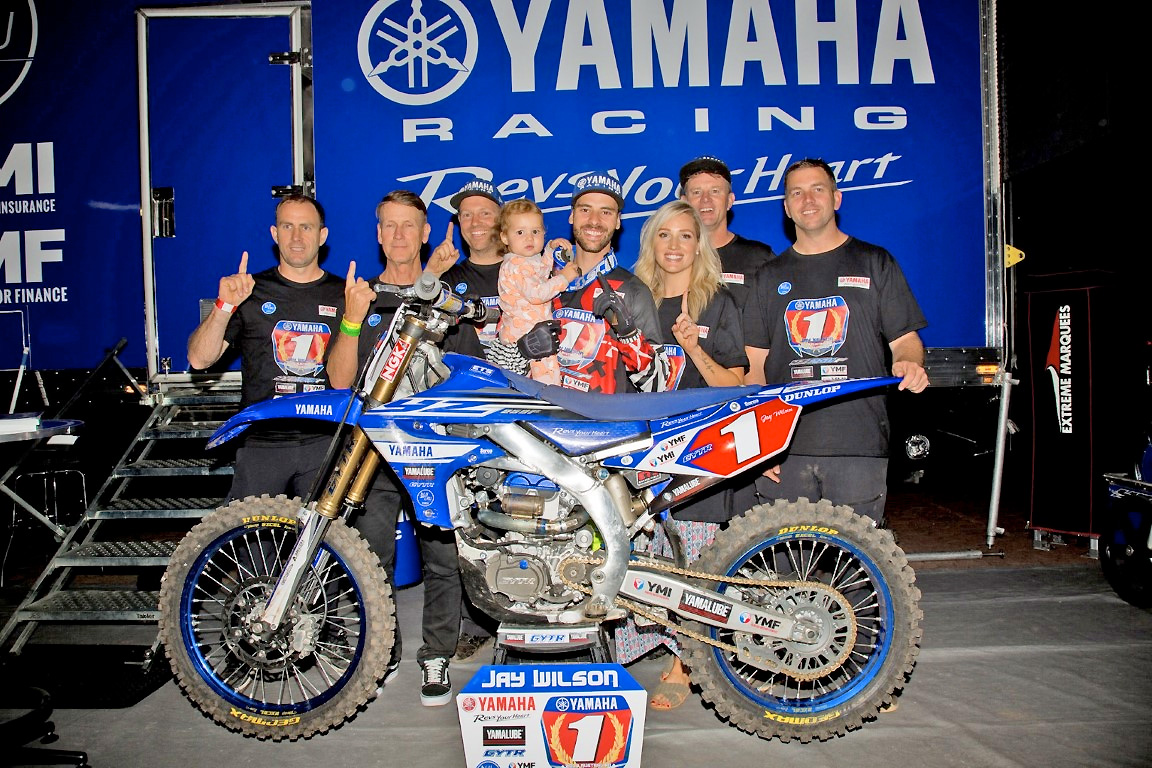