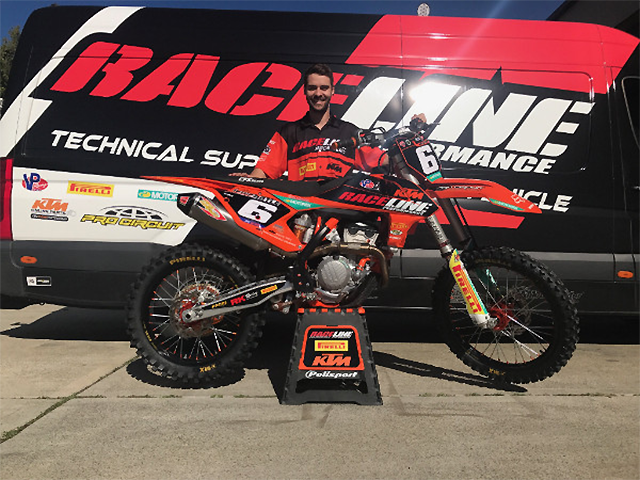 Raceline Pirelli KTM has announced that 2015 MX2 Champion Jay Wilson will join the team for the five remaining rounds of the Motul MX Nationals, as well as Supercross in the MX2 category.

Following the departure of Wade Kirkland prior to the mid-season break, a seat became available within the KTM backed team, and with the talented Wilson back in Australia after racing the MXGPs in the MX2 category, Raceline Pirelli KTM was seemingly a perfect fit.

Wilson, who won Australia‰Ûªs first ever Junior World Championship aboard KTM in 2009, says that he‰Ûªs excited to be back on orange, and is hoping to re-establish himself in the competitive MX2 category.

‰ÛÏI‰Ûªm really excited that we can finally announce that I‰Ûªve signed with Raceline Pirelli KTM for the rest of the Motocross and Supercross,‰Û