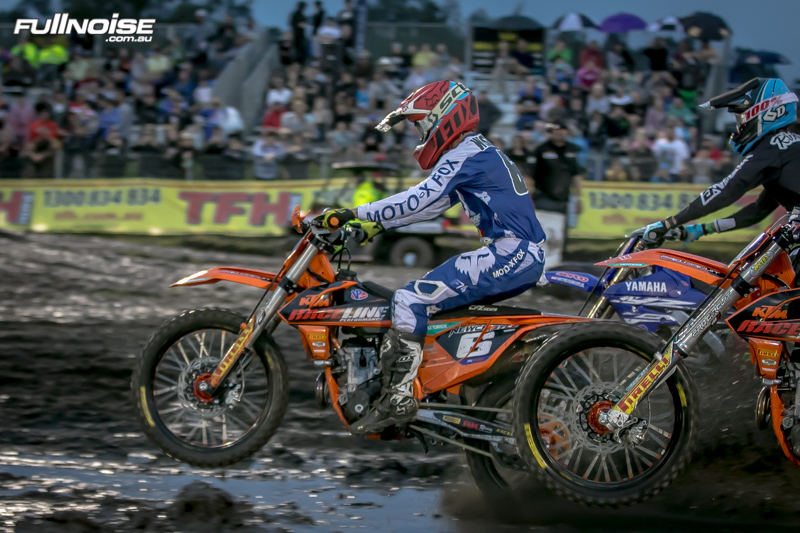 Jay Wilson has brought home Raceline Pirelli KTM‰Ûªs first ever SX2 round win since the team‰Ûªs formation, after recording yet another podium finish at the final round of the Australian Supercross Championship at Jimboomba over the weekend.

Following his first podium finish in two years at the AUS-X Open just one week ago, Wilson headed into the final event of the season high on confidence, finishing the last outing of the series with a perfect score card.

With Jimboomba absolutely drenched with rain throughout the weekend, riders were forced to contend with the wettest and muddiest conditions of the season, but 23-year-old Wilson adapted and proved that he‰Ûªs the consummate professional indoors and outdoors.

Wilson qualified in the top position in the SX2 class on Saturday with a flying 58.667 lap time, then backed up his performance in his heat collecting the race win - but it was the main event which delivered Wilson and the Raceline Pirelli KTM team with a fairy tale finish to 2017.

After holeshotting, Wilson charged to the SX2 final win, lapping up to fifth place and taking the race victory by a huge 51.291 seconds ‰ÛÒ simply unheard of in Supercross terms. With a strong finish at Jimboomba, Wilson also concluded the 2017 Australian Supercross series in third in the SX2 Championship standings.

‰ÛÏWow! The last round at Jimboomba was absolutely everything I‰Ûªve been working towards ‰ÛÒ we qualified fastest, won the heat race and the main event so we couldn‰Ûªt have done any more,‰Û 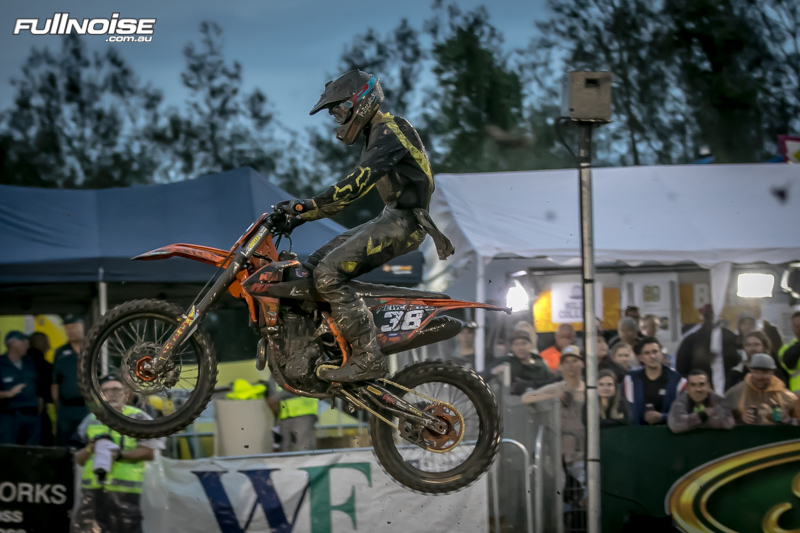 Fogarty recorded his best result of the season, a fifth overall at the final Supercross round at Jimboomba - Credit: Aaryn Minerds
For Wilson‰Ûªs teammate Morgan Fogarty, round 6 at Jimboomba was also a breakthrough outing for the Supercross rookie.

After qualifying in 11th, Fogarty charged to fifth in his heat race, setting up the main event as one to remember. And it was in the SX2 final that Fogarty recorded his best result of the season, a fifth overall at the final Supercross round at Jimboomba. Following his performance over the weekend, Fogarty also secured 10th in the SX2 Championship in what was only his first ever Supercross season.

"The last round was really good for myself and the team. I got decent starts and we capitilised on the conditions that we were faced with," Fogarty shared.

‰ÛÏIn the main I just rode my own race. You needed to be smart riding the mud, and I knew if I could keep it on two wheels that we had a good shot at getting a solid finish - we did that and I managed to finish fifth overall which is awesome.

‰ÛÏI'm super pumped to finish the series with my best result of the season especially on such a challenging track.

"I've loved this year with the guys at Raceline Pirelli KTM, we have learnt so much and got some really good results - I'm looking forward to next season and putting all of that knowledge to good use."

Top Image: Jay Wilson lead from start to finish in both his heat race and the nights SX2 main event