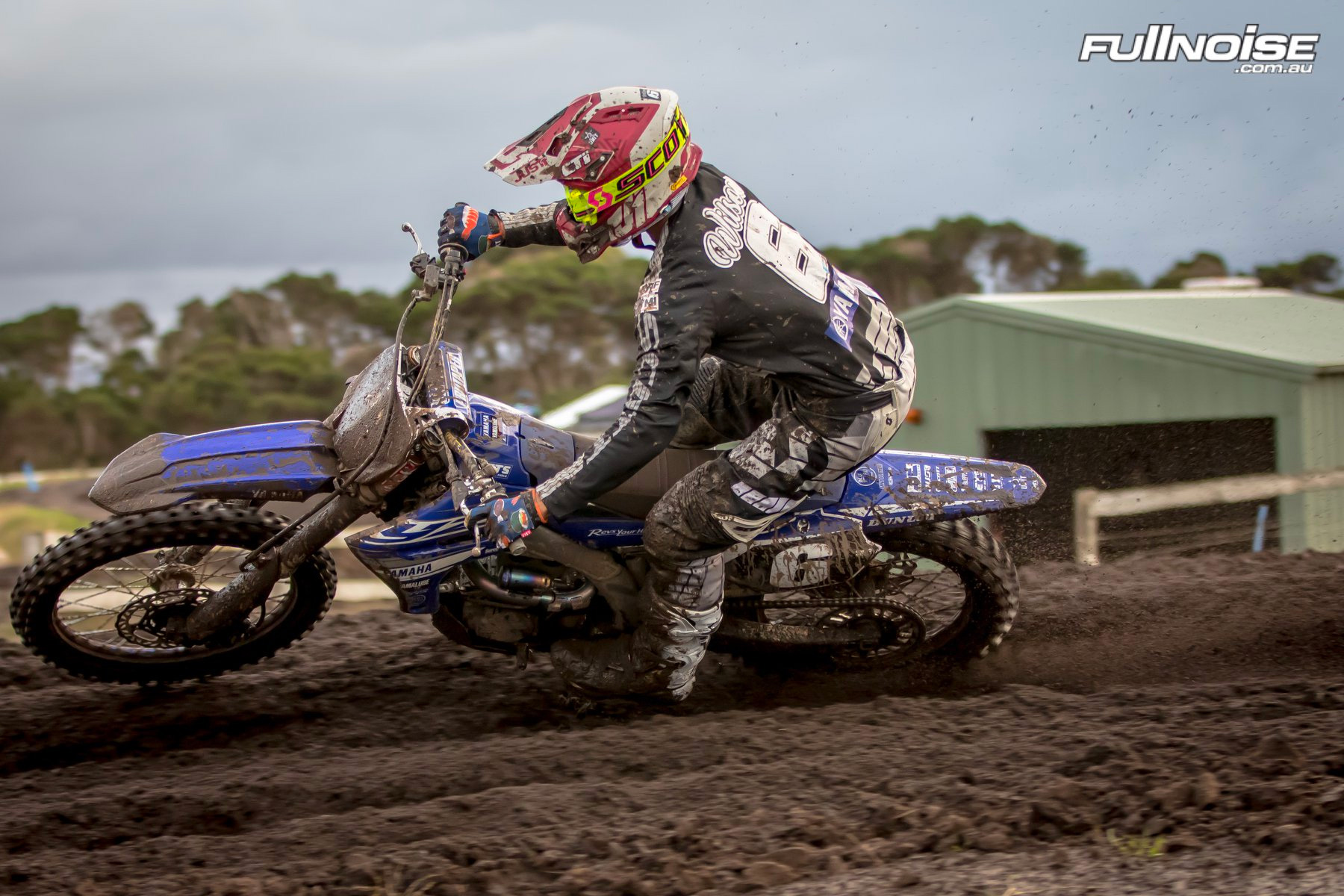 Jay Wilson on the charge at Wonthaggi. Photo: Aaryn Minerds
Jay Wilson had a few issues to deal with that hampered his final results on round two of the Pirelli MX Nationals at Wonthaggi, Vic.

With overnight rain and then another down pour just prior to racing, the soft and loamy Wonthaggi track took on another dimension as the sand was deep, thick and heavy with the added moisture making bikes, riders and teams work extra hard to keep things on track.

The Yamalube Yamaha Racing Team rider came home a very respectable fourth place in the highly competitive MX2 (250cc) field. Jay finished with 4-12-3 results in the three motos ran on the day and just missed the podium for the round. In fact, another two points and Wilson would have finished in second place but the three moto format demands consistency and the second race let Wilson down in the final standings.

Races one and three were solid efforts from the 2018 Australian Supercross champ, but a first turn crash in race two as he rode blindly through the mud set him back and with only eight laps to move forward, getting a good finish was always going to be difficult.

Still, he charged forward in the time he had and moved into 12th place at race end and his combined scores for the round left him shy of a podium finish.

After the weekend, I‰Ûªm sitting third in the championship and 14 points away from the lead so even though it wasn‰Ûªt the great round for me, I‰Ûªm still well in contention and we have plenty of racing still to come.

‰ÛÏThe Wonthaggi track is tough and the last couple of years we have raced here, it has been wet and very demanding on the bikes,‰Ûª Wilson explained. ‰ÛÏThe first moto was ok, and so was the third, but the second of the back to back races, I just missed the jump from the start, got filled-in down the straight and tried to charge my way through in the wet and sloppy conditions but fell and was covered in mud.

‰ÛÏIt was frustrating and probably a bit inpatient of me considering the lack of vision I had as well as those around me.

‰ÛÏAfter the weekend, I‰Ûªm sitting third in the championship and 14 points away from the lead so even though it wasn‰Ûªt the great round for me, I‰Ûªm still well in contention and we have plenty of racing still to come,‰Û 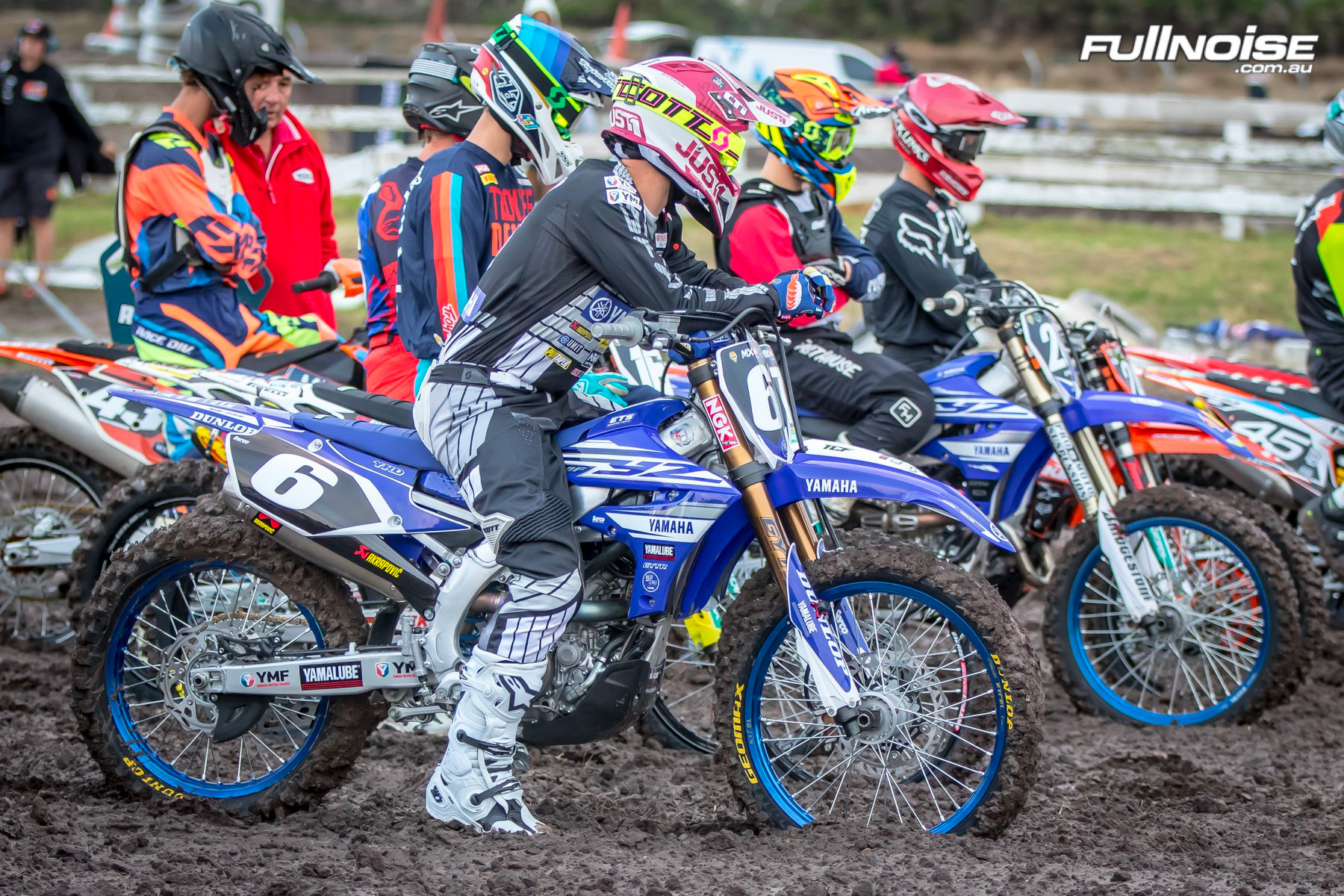 Jay Wilson before things got dirtier. Photo: Aaryn Minerds
Wilson's team-mate Richie Evans again flew the flag for the Yamalube Yamaha Racing team in the MX1 division (450cc) and is starting to show the riding capabilities he has. He just missed the top 5 Superpole event in qualifying when his fastest lap was just overshadowed in the final moments of qualifying.

But with the confidence boost from his sprint speed, Evans needed to put that to use in race one after he was caught in the quagmire of turn one and copped a fearful roosting of mud and sand as the capacity 40 rider field charged through the opening turns.

Evans came from fifteenth to sixth in a good performance in the opening moto, posting some impressive laps along the way.

But his second race left him without a good reward for his efforts. After falling in turn he charged from 31st to 11th and showing no signs of slowing down until a chain issued caused him to withdraw from the race.

‰ÛÏI‰Ûªm disappointed in the result but happy with how I rode today,‰Û 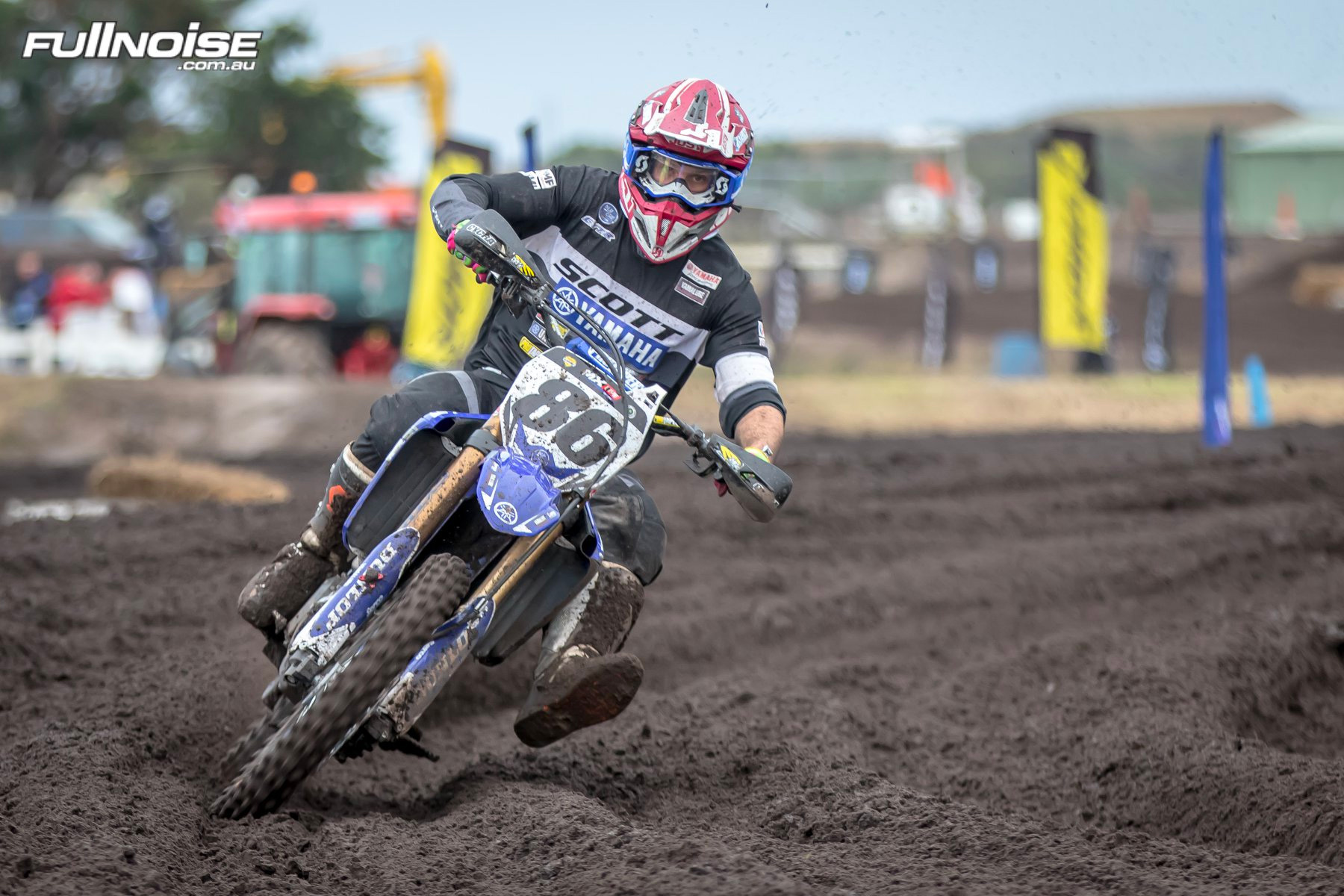 Richie Evans showed speed but a chain problem mad it a tough round. Photo: Aaryn Minerds