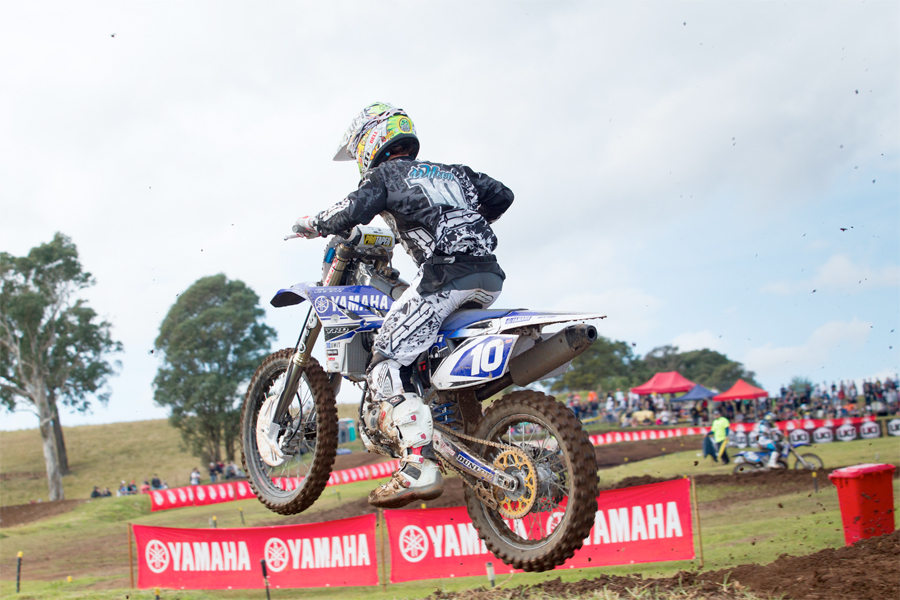 Jay Wilson made huge strides forward over the weekend as he finished second in the MXD category at round six of the MX Nationals at Appin Raceway in western Sydney.

Wilson, who had been luckless during the first half of the series, came into round six with a fresh attitude and some confidence after a solid result as a wild card rider in the MX2 class at Conondale prior to the break.

The new attitude was instantly rewarded with taking the second fastest lap in qualifying and he looked forward to an improved day. Despite some very ordinary starts, Wilson picked his way through an enormous amount of riders to finish in third place in each of the two motos contested which landed him in second for the round.

The podium result has also seen him move to fifth in the championship and confident of a barnstorming finish with four rounds remaining.

‰ÛÏI‰Ûªm not sure what went wrong during the first few rounds but I worked hard during the break and things are definitely better now." Wilson stated. "My starts were terrible on Sunday and I must have passed 15 guys in each race, so I will need to address that for the next round.

‰ÛÏBut it‰Ûªs nice to be back up here on the podium and huge thanks must go out to the GYTR Yamaha team who have stuck by me and kept me going. Our bike was awesome today and it‰Ûªs only getting better from here on," he added. 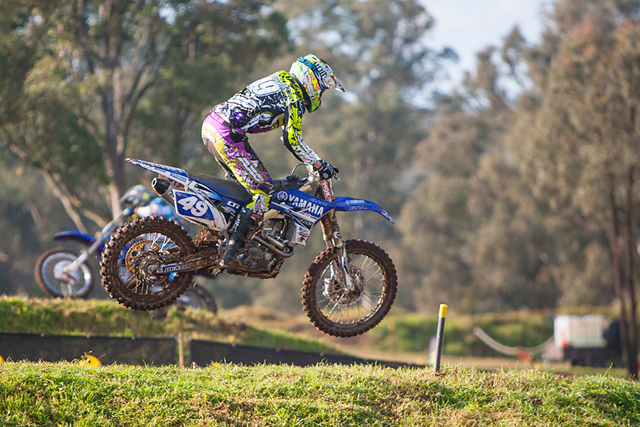 Dinsdale once again showed he has speed to burn at Appin - Credit: Aaryn minerds
The day turned from triumph to tragedy for team mate Joel Dinsdale as he won the opening moto convincingly to make it four race wins in a row over the past few rounds in MXD but a big fall while contesting for the lead in the second moto meant he was unable to finish the race.

From the crash, Dinsdale had a small concussion and was taken to Hospital for checks and observation. He was cleared by hospital staff after all tests were done and is already back home at his Mackay base and preparing for the next round.

‰ÛÏI was just working on the leader and trying to find the best spot to make a pass,‰Û