Jay Wilson Ready To Return To Action At Jimboomba 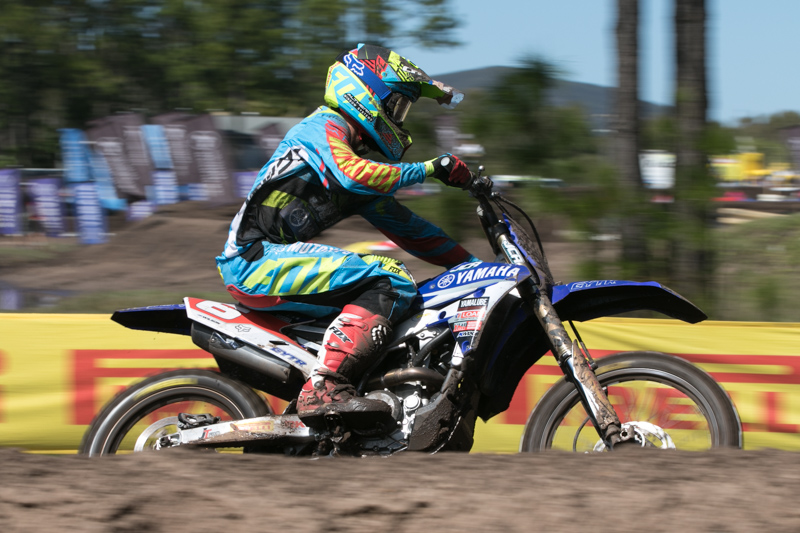 While the action in the SX2 class has already been hard fought in the opening three rounds, it promises to get even fiercer at the GoPro round four of the 2015 Australian Supercross Championship presented by Penrite Oils when reigning MX Nationals MX2 champion Jay Wilson joins the fray at Jimboomba X Stadium, Queensland, on November 21.

Wilson, 21, who rides for the JCR Yamaha team, has been sidelined from racing for seven weeks after crashing while training in Europe on the eve of representing Australia in the prestigious Motocross of Nations world teams championship in France and suffering a stomach injury.

The injury, suffered when he crashed on a rocky track surface, dashed Wilson‰Ûªs hopes of proudly wearing the green and gold colours for Australia, the disappointment coming just a few weeks after he had clinched the Australian MX2 Motocross Championship.

After allowing the injury to heal, Wilson has now climbed back on his Yamaha YZ250F race bike and is charging hard to be back to full fitness when he joins the 2015 Australian Supercross Championship chase at the fast-approaching J2 Jimboomba fourth round.

‰ÛÏIt was a pretty nasty injury: I landed on some rocks and one of them sliced into my stomach and actually cut the stomach lining,‰Û