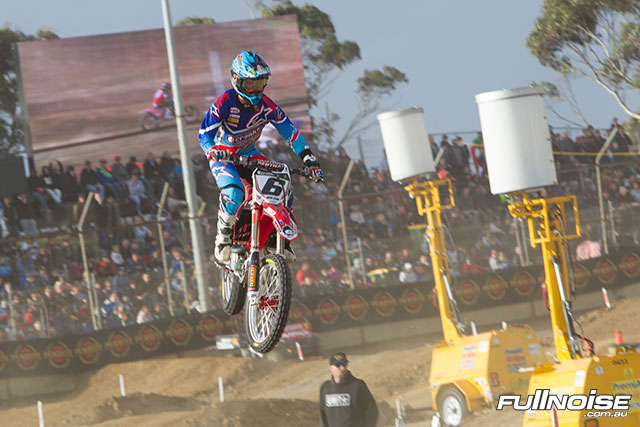 Crankt Protein Honda Racing Team‰Ûªs Jay Wilson made his way to another consistent top ten result in the talent packed SX1 class, at a jam packed Avalon stadium at round four of the 2016 Australian Supercross Championship over the weekend.

Wilson who entered the round with solid preparation, showed renewed speed from the minute he hit the track on Saturday, clocking in the sixth fastest time in free practice and then qualifying in ninth position.

In the heat race, Wilson went up against the fastest riders in the country and finished in a consistent 6th place, but unfortunately when the 20 lap main event kicked off late on Saturday night, the Honda CRF450R rider was shoved off the track in the first turn after another rider went down, however recovered from dead last, back to 10th position by the conclusion of the event.

‰ÛÏThe beginning of Saturday went really well. From the minute we headed out I felt really comfortable and confident on the bike, and my speed was there,‰Û 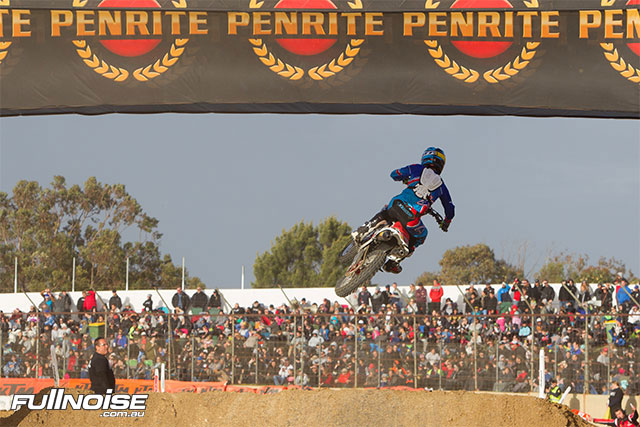 Chris Alldredge in action on Saturday night. Photo: Garry Morrow
Unfortunately for Wilson‰Ûªs teammate Chris Alldredge, the American rider had a night to forget at Avalon. Entering the round fresh off a shoulder injury, Alldredge did his best to place his Honda CRF450R inside the SX1 top ten, but two separate crashes hindered his charge. In the heat race, Alldredge went down but crossed the line in 7th position, while in the main event it was a similar story, however the 20-year-old recovered to finish just outside the top ten in 12th place.

‰ÛÏThe main goal of the weekend was to test the shoulder out and make sure that we will be ready for Sydney,‰Û