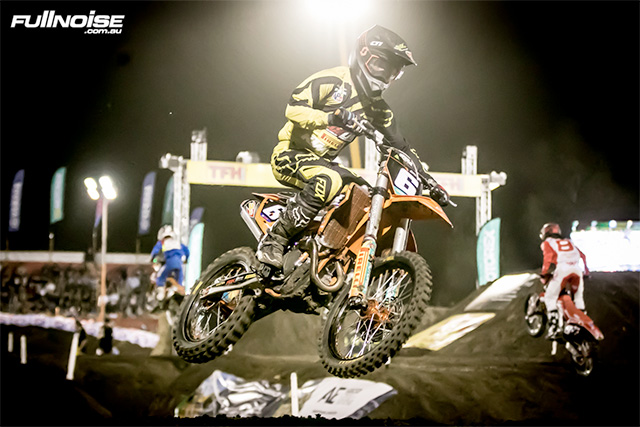 Raceline Pirelli KTM‰Ûªs Jay Wilson got the team‰Ûªs 2017 Australian Supercross campaign off to a flying start after finishing in an impressive fourth in the SX2 main event in front of a packed crowd at Jimboomba in Queensland last night.

Wilson, who brought home a solid points haul was not the team‰Ûªs only success at Jimboomba ‰ÛÒ despite having a somewhat difficult main event finishing in 20th, Jayden Rykers also showed impressive form in his first heat race early yesterday evening.

Wilson finished second in his heat, before charging back from a mid-pack start to fourth in the main event, and shared that he‰Ûªs content with last night‰Ûªs performance ‰ÛÒ also mentioning that he believes finishing every race consistently will be the key to success in the 2017 season.

‰ÛÏI‰Ûªm really happy with how the first round went. Finishing one position shy of the SX2 podium is a solid way to start the season, and means that we have good points going in to Melbourne,‰Û 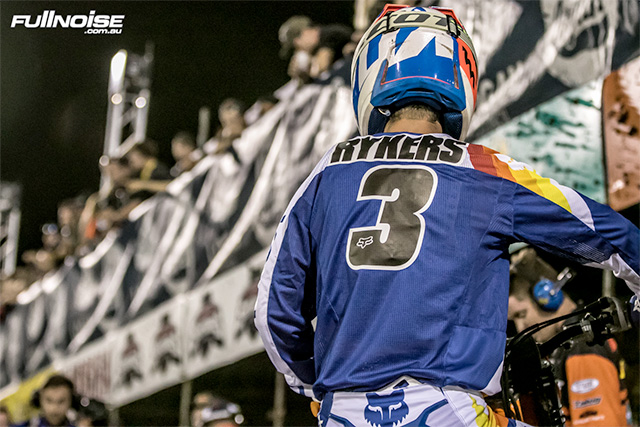 Jayden Rykers. Credit: Aaryn Minerds
Jayden Rykers who is competing in his first full season of Supercross in 2017, also showed some impressive from at Jimboomba. After qualifying in first position in the un-seeded group of SX2 riders which provided him with 13th gate pick, Rykers raced to fourth in heat two, while in the main event a crash proved costly handing the team with 20th at the night‰Ûªs conclusion.

‰ÛÏThe whole day started off relatively good, especially when you could say in some sense that this is my first Supercross,‰Û